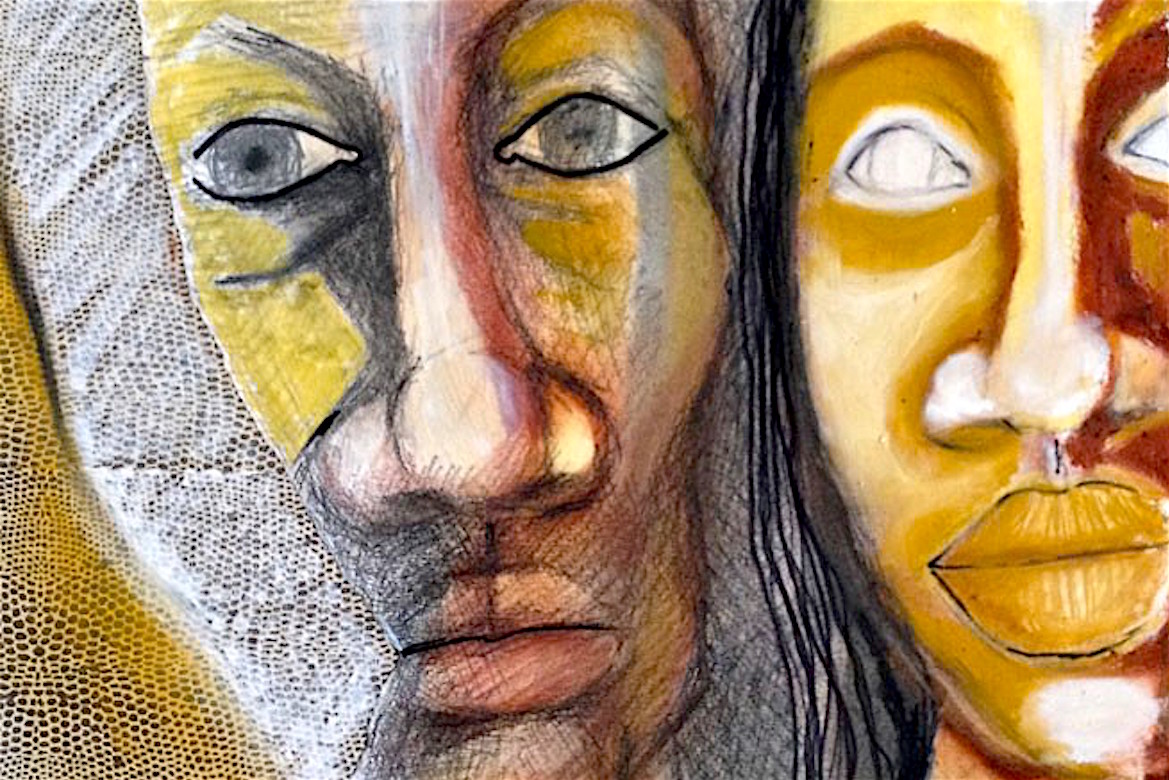 Last month art galleries and other venues around Charleston presented exhibitions honoring the Emanuel Nine. One show, The Holy City: Art of Love, Unity, and Resurrection, is still going strong. Located at 414 King St. (right next to Virginia’s on King) the space is the temporary home of the Passages Artists Collective, a group that seeks to find a permanent place for African-American art and artists on the peninsula.

“In Tribute to The Wounded City,” by Cookie Washington (Image: Connelly Hardaway)
EMANUEL AFRICAN METHODIST EPISCOPAL CHURCH
AFRICAN AMERICAN CHURCH – Charleston, South Carolina
The Emanuel African Methodist Episcopal Church, often referred to as Mother Emanuel, is a church in Charleston, South Carolina. Founded in 1816, Emanuel AME is the oldest African Methodist Episcopal church in the Southern United States, with the first independent black denomination in the United States as well as one of the oldest black congregations south of Baltimore.

The church was founded in 1816 by African Americans who were former members of Charleston’s Methodist Episcopal Church, which was dominated by whites, as were most churches in the South. It was part of the “Bethel circuit” of the African Methodist Episcopal Church, the first independent black denomination in the United States, founded in Philadelphia, Pennsylvania in 1816 by Richard Allen. They created an independent congregation because of a dispute over use of the black burial ground. The white-dominated churches, particularly the Methodist Episcopal Church, had increasingly discriminated against blacks in Charleston, and “capped the insult when they built a hearse house on the black burial ground.” In 1818 church leader Morris Brown left a white Methodist church in protest, and more than 4,000 Black members of the city’s three Methodist churches followed him to create this new church.
More | Web