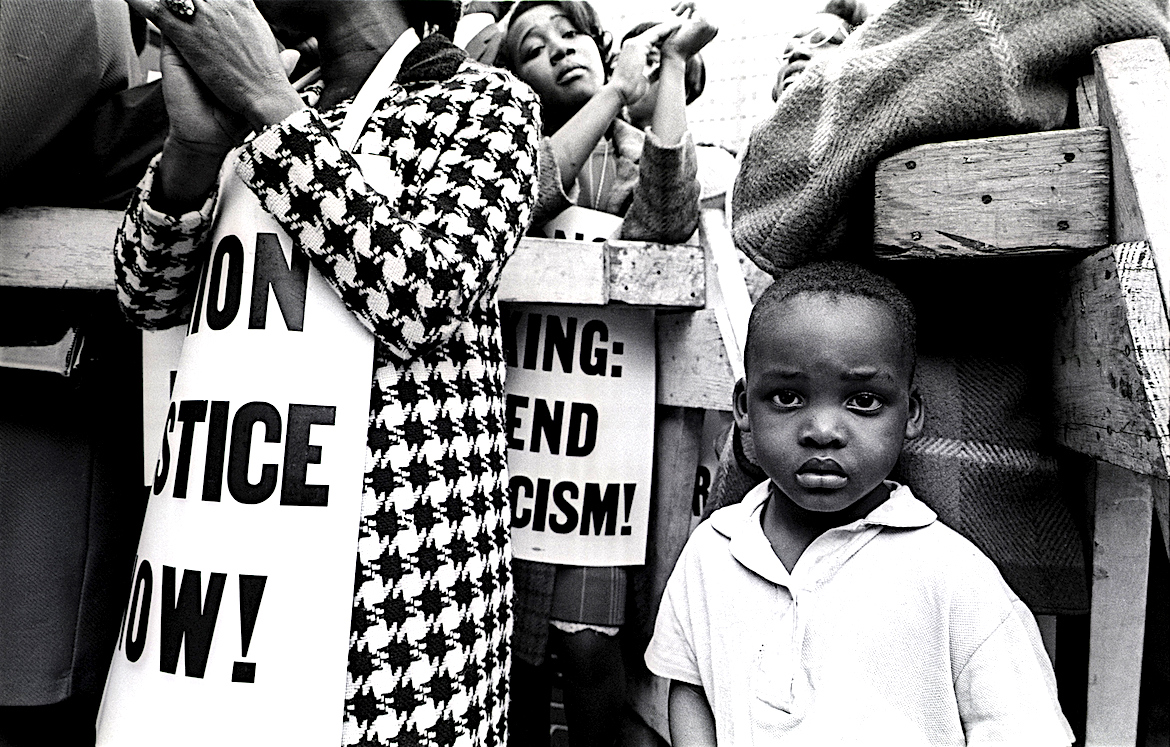 One Of The Most Exciting Young African Artists Today, Eddy Kamuanga Ilunga At October Gallery

National Guard troops patrolled the streets of Louisville’s Parkland neighborhood after nights of rioting by blacks over civil rights issues. By Larry Spitzer, The Courier-Journal. May 27, 1968

Solidarity march honoring Dr. Martin Luther King, Jr. after his assassination. Memphis, Tennessee, April 6, 1968. © Benedict J. Fernandez
BENEDICT J. FERNANDEZ
Photographer – New York
Benedict J. Fernandez was born on April 5, 1936 in New York City, in the Hispanic neighborhood of East Harlem. His father came to America via Puerto Rico, and his mother an Italian American. His photographic education began at age six when he was given a Brownie box camera.

His early career was not in photography. He worked as an operating engineer/crane operator at Bethlehem Steel Shipyard in Hoboken. It was as a crane operator, that he photographed his fellow shipyard workers, which became his first major portfolio “Riggers”. He went on to work at the Brooklyn Navy Yard, in the same capacity, until the facility closed in 1963. At that time he decided to turn his long time hobby into his life’s work. He came to the attention of Alexey Brodovitch, the legendary art director and graphic designer. Brodovitch invited him to enroll in his Design Laboratory and became Fernandez’s most influential mentor. Brodovitch arranged for Ben to become the darkroom tech and manager at Parsons School of Design. Nobody could have imagined in those very early days what a significant role Ben would eventually play at Parsons.
More | Info

[three_fourth padding=”0 0px 0 0px”]
The tone of America today feels like America in the late 1960s, which was similarly riven by cyclical violence and discontent. Our elected officials and law enforcement authorities can learn from how their predecessors responded to civil unrest — but mostly by negative example.