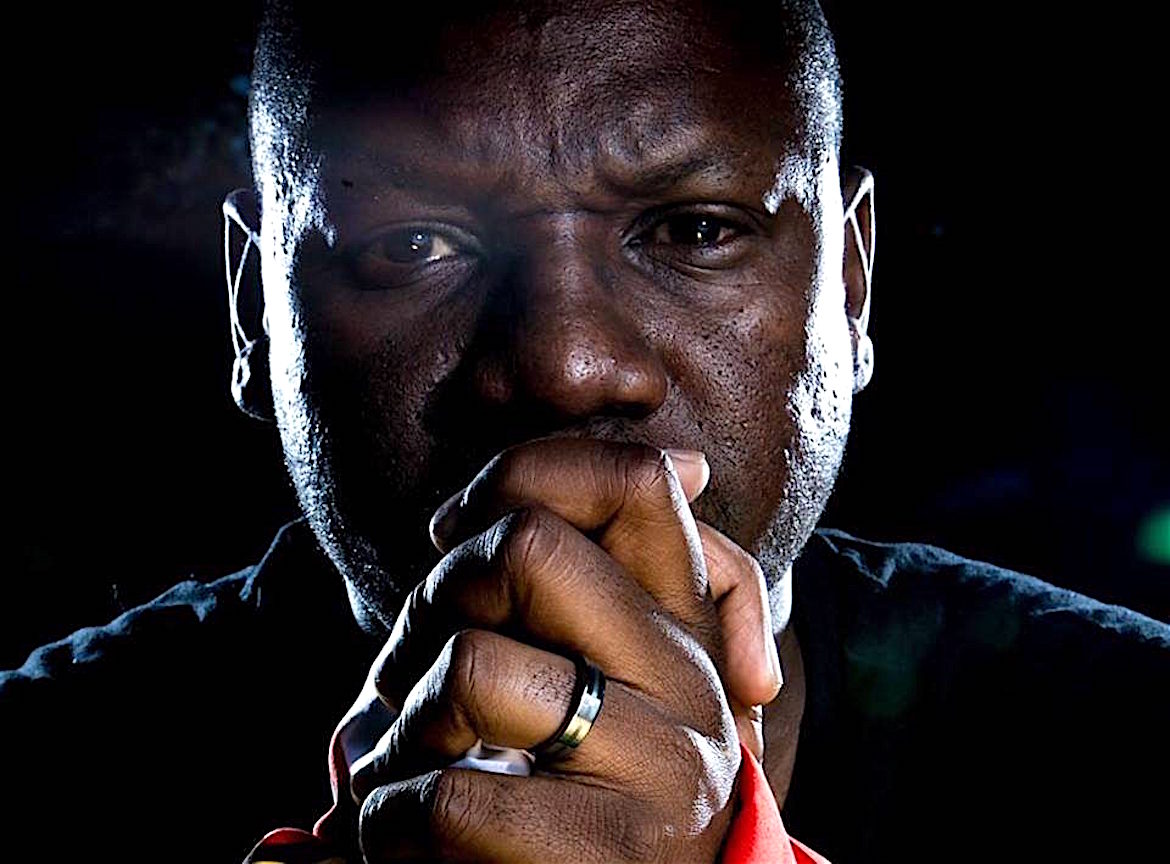 [three_fourth padding=”0 0px 0 0px”]Anti-Mugabe Protest Pastor Evan Mawarire Detained Ahead of Shutdown in ZimbabweHow Much Can Better Training Do to Improve Policing?

Pastor Evan Mawarire is the activist behind the #ThisFlag campaign in Zimbabwe, a movement that began in April when the 39-year-old Zimbabwean took to his Facebook page to voice his concerns in a video, captioned with the hashtag #ThisFlag, that’s been viewed 150 000 times and counting.

The hashtag #ThisFlag spread like wildfire and resulted in a complete shutdown last Wednesday across Zimbabwe’s major cities. In the report below, Zimbabwean journalist John Cassim breaks down the facts surrounding Mawarire’s arrest Tuesday morning in Harare.

Zimbabwe is headed for exciting times this week. On Tuesday morning, #ThisFlag campaign leader Pastor Evan Mawarire was arrested in Harare, for calling on citizens to stay away from work Wednesday and Thursday.

A few minutes after handing himself to the police, in the company of his lawyer, Harrison Nkomo, Mawarire was handcuffed, and his house and church office turned upside town, as police searched for incriminating evidence.

Image By: Platon Antonio
ZIMBABWE
AFRICAN COUNTRY – Officially the Republic of Zimbabwe
Zimbabwe, officially the Republic of Zimbabwe, is a landlocked sovereign state located in southern Africa, between the Zambezi and Limpopo Rivers. It borders South Africa to the south, Botswana to the west, Zambia to the northwest, and Mozambique to the east and northeast. The capital and largest city is Harare. A country of roughly 13 million people, Zimbabwe has 16 official languages,[3] with English, Shona, and Ndebele the most commonly used.

Since the 11th century, present-day Zimbabwe has been the site of several organised states and kingdoms as well as a major route for migration and trade. The British South Africa Company of Cecil Rhodes first demarcated the present territory during the 1890s; it became the self-governing British colony of Southern Rhodesia in 1923. In 1965, the conservative white minority government unilaterally declared independence as Rhodesia. The state endured international isolation and a 15-year guerrilla war with black nationalist forces; this culminated in a peace agreement that established universal enfranchisement and de jure sovereignty in April 1980. The country then rejoined the Commonwealth of Nations—which it withdrew from in 2003—and became a member of the United Nations and the Southern African Development Community (SADC).

Robert Mugabe became Prime Minister of Zimbabwe in 1980, when his ZANU-PF party won the elections following the end of white minority rule; he has been the president of Zimbabwe since 1987. Under Mugabe’s authoritarian regime, the state security apparatus has dominated the country and been responsible for widespread human rights violations. Mugabe has maintained the revolutionary socialist rhetoric from the Cold War era, blaming Zimbabwe’s economic woes on conspiring Western capitalist countries. Burnished by his anti-imperialist credentials, contemporary African political leaders have been reluctant to criticise Mugabe, though Archbishop Desmond Tutu has called him “a cartoon figure of an archetypal African dictator.”
More | Web

[three_fourth padding=”0 0px 0 0px”]
According to the warrant of arrest released by the lawyer, searches were conducted looking for police uniform, weapons, subversive material, mobile phone, laptop and more.