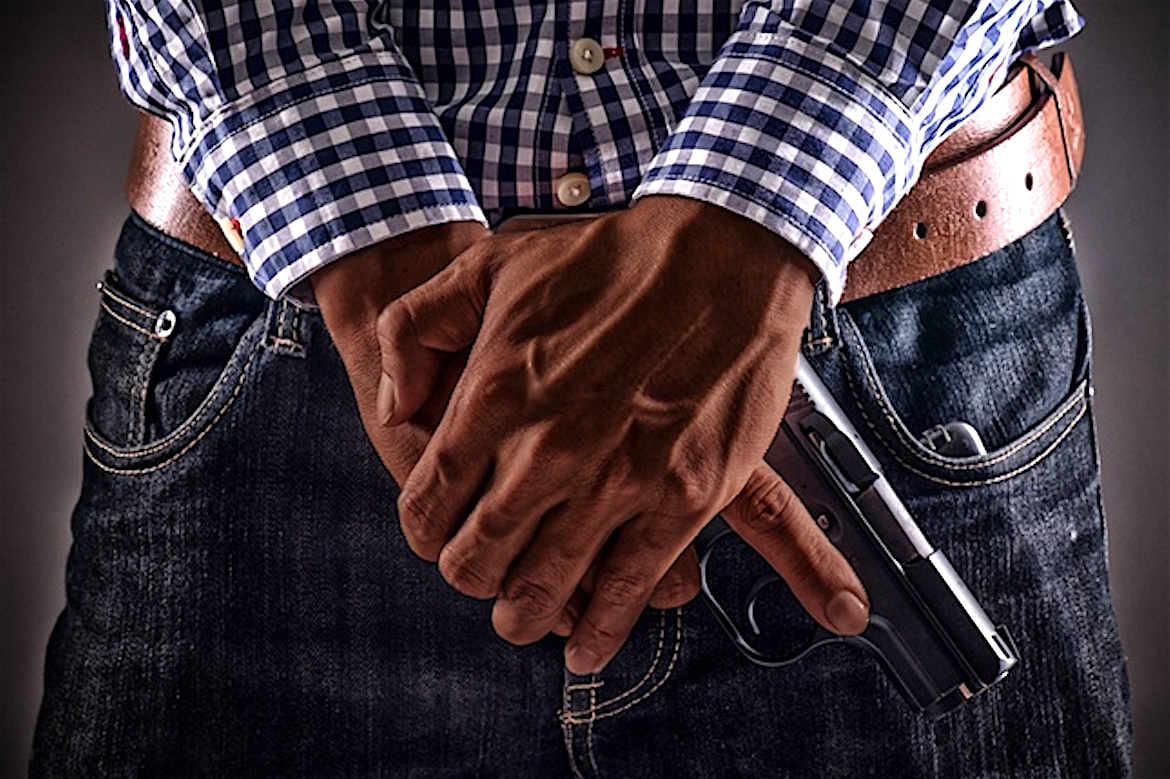 What if, we stopped trying to get guns off the streets and instead started licensing young men in Philly to legally pack heat?

Do I have your attention?

Yeah, Maj Toure got mine, too, when he suggested the idea, which he’s pitching through a campaign he’s calling Black Guns Matter. Catchy, right? And provocative.

Toure, 29, is a local activist and artist. In many ways, he’s also a walking, talking contradiction of what turns out to be an increasingly stereotypical idea of gun owners.

Born on November 30, 1912, in Fort Scott, Kansas, Gordon Parks was a self-taught artist who became the first African-American photographer for Life and Vogue magazines. He also pursued movie directing and screenwriting, working at the helm of the films The Learning Tree, based on a novel he wrote, and Shaft. Parks has published several memoirs and retrospectives as well, including A Choice of Weapons.
More | Biography.com

[three_fourth padding=”0 10px 0 0px”]
Toure is a young African American man who grew up in North Philadelphia watching the destruction caused by gun violence, but who nonetheless was attracted to firearms, and became an official, dues-paying NRA member and legal gun owner.