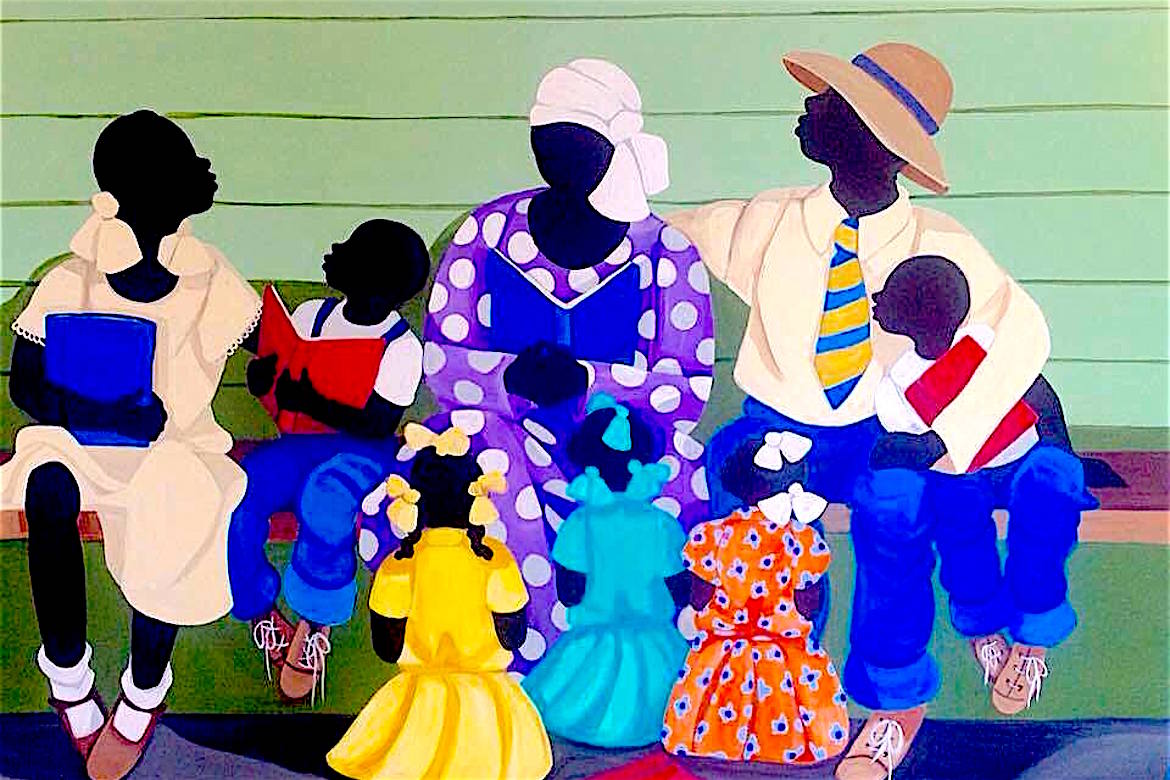 During the era of segregation, African-Americans were excluded from almost every facet of white society. That exclusion extended to the major local newspapers of the time, including the Tampa Morning Tribune, Tampa Daily Times, St. Petersburg Times and the St. Petersburg Evening Independent. Unless they were the perpetrator (either alleged or proven) or victim of a crime, African-Americans simply did not exist in the eyes of the area’s newspaper editors.

As a result of this exclusion, a small but important black press emerged in Tampa and elsewhere in Florida. One of first black-owned newspapers in Florida was the Florida Sentinel, published as early as 1887 in Pensacola.

Reading to My Son. Cassandra Gillens

Me and Grandma. Cassandra Gillens
CASSANDRA GILLENS
ARTIST – Painter
A self-taught artist,Cassandra Gillens uses paint to bring to life the traditions of the past and her love for the people and culture of the american south. Her work, inspired by the stories she heard from her grandmother, who grew up in the Low Country of South Carolina, an area where Ms. Gillens spent much of her childhood.
More | Web | Facebook

[three_fourth padding=”0 10px 0 0px”]
Tampa’s first black newspaper hit the streets in the fall of 1912. Known as the Florida Reporter, it was founded by Thomas Davis, who arrived in Tampa that same year after spending time in the newspaper business in Panama near the Canal Zone. The Reporter’s office was located on Scott Street and was part of the growing Central Avenue business district.