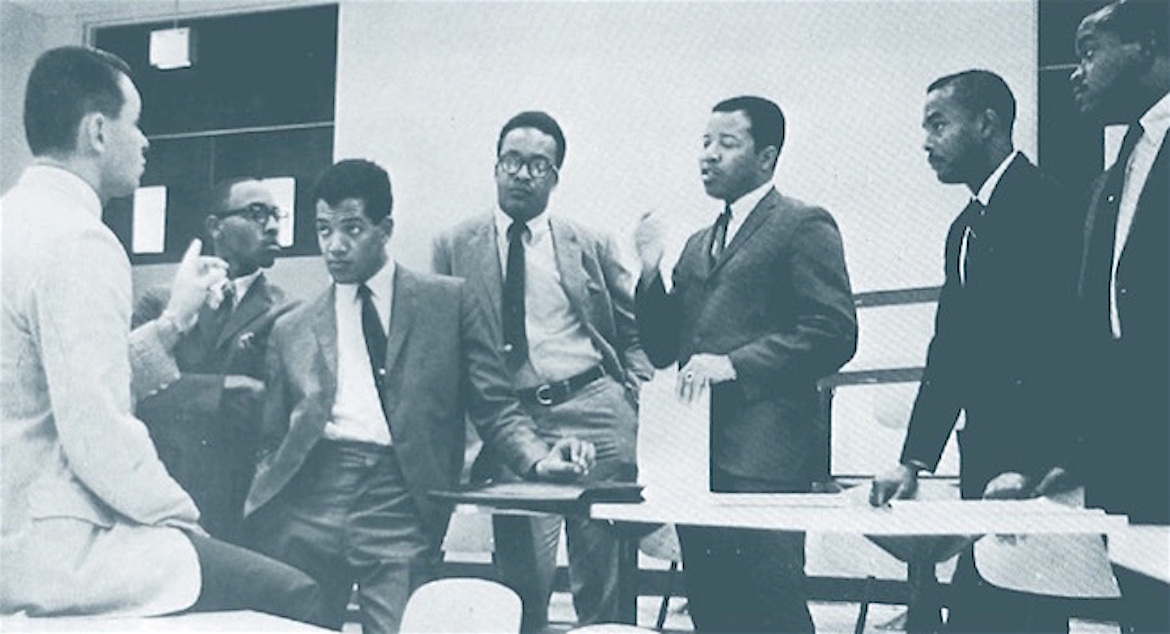 Vernon Mason remembers the utter devastation he and other students felt when they learned of the assassination of Martin Luther King Jr. on April 4, 1968. Living in married student housing on the Bloomington campus of Indiana, absorbed in his second year as an MBA student and with a wife who was eight months pregnant, he recalls the crushing news as if it happened yesterday.

“For me it was very, very personal,” confides Mason, who in 1967 was a member of the inaugural class of the Consortium for Graduate Study in Management, an academic and business network to help African-American men acquire the skills they needed to find jobs in corporate America. “All of us were young, in our early 20s, and I was of the impression that after all of the other stuff that Dr. King had experienced — including bombings of his home and all of that — that we were beyond that, that nothing would happen to him. He had won a Nobel Prize, and for us, he was our hero, our personal hero.”

W.E.B. DU BOIS
SOCIAL ACTIVIST – Journalist, Educator, Civil Rights Activist
W.E.B. Du Bois was one of the most important African-American activists during the first half of the 20th century. He co-founded the NAACP and supported Pan-Africanism.

Scholar and activist W.E.B. Du Bois was born on February 23, 1868, in Great Barrington, Massachusetts. In 1895, he became the first African American to earn a Ph.D. from Harvard University. Du Bois wrote extensively and was the best known spokesperson for African-American rights during the first half of the 20th century. He co-founded the National Association for the Advancement of Colored People in 1909. Du Bois died in Ghana in 1963.
More | Biography.com

[three_fourth padding=”0 10px 0 0px”]
One word keeps popping up as Mason thinks back to the days, 50 years ago, when he and 20 other young African-American men became the first members of the Consortium: turbulent. King had marched on Washington in August 1963. President Kennedy was assassinated later that year. Amid the passage of the Civil Rights and Voting Rights acts, violence against African-American communities was rampant, and social division and rancor sometimes reached fever pitch, all amid the escalation of the war in Vietnam.