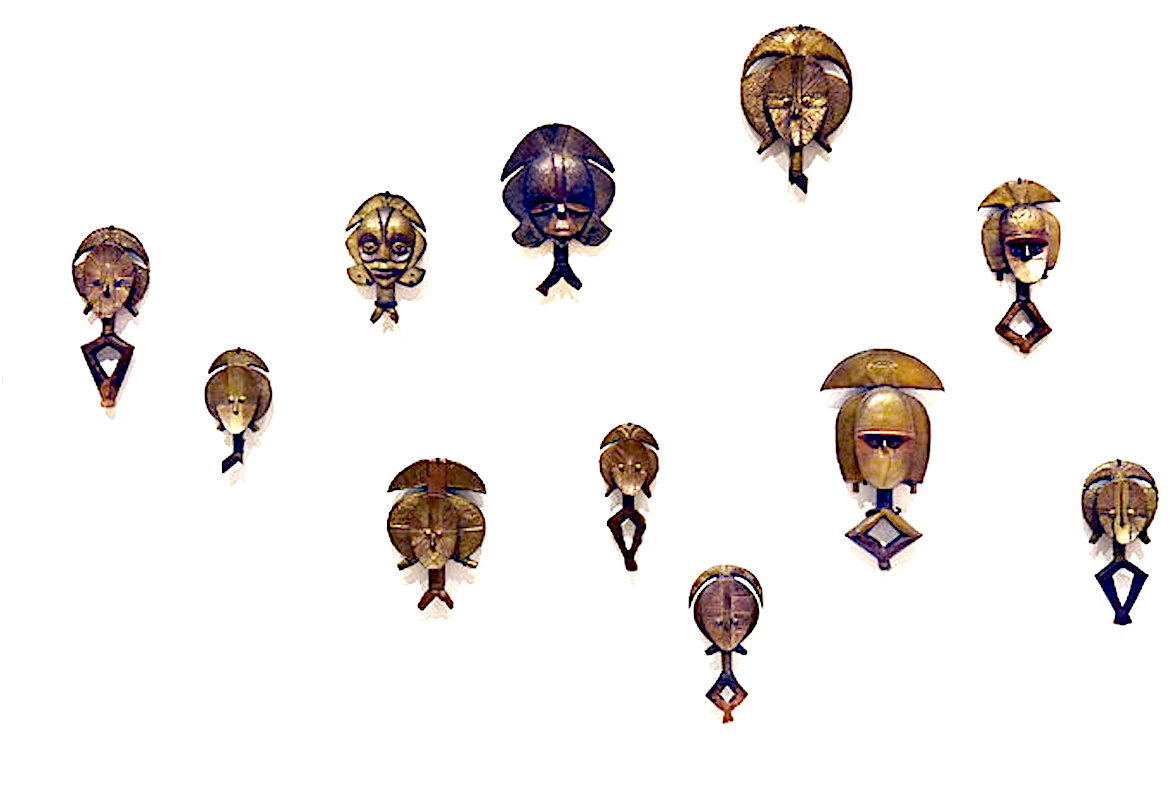 People talk about Africa as if it were a unitary thing, one culture, one mind, which it’s not.

That’s my only problem with “Creative Africa,” at the Philadelphia Museum of Art, and my complaint stops with the title. The project itself, a set of five small, tight, concurrent exhibitions of African material, is richly textured, and in one case sensational.

Add to it a fine survey of work by the Afro-Caribbean conceptualist Nari Ward at the nearby Barnes Foundation, and the foundation’s pioneering and under-known collection of “classical” African sculpture, and this city can lay claim to being in the middle of a full-fledged African art summer. The Philadelphia Museum has installed its five shows in the Ruth and Raymond G. Perelman Building, a former 1920s insurance headquarters down the hill from its main location. And the largest of them, the only one of traditional objects, called “Look Again: Contemporary Perspectives on African Art,” is drawn almost entirely from the holdings of yet another august local institution, the University of Pennsylvania Museum of Archaeology and Anthropology, better known as the Penn Museum.

A wall of African masks at the Philadelphia Museum of Art. Credit Sabina Louise Pierce for The New York Times

A detail from a photograph by Seydou Camara. Credit Sabina Louise Pierce for The New York Times

Ward was included in the 2006 Whitney Biennial in New York and Documenta XI in Kassel (2003), and his works have been exhibited at the New Museum of Contemporary Art in New York, the Walker Art Center in Minneapolis, and the Museum of Contemporary Art in Detroit. Recent solo exhibitions include Episodes at the Isabella Stewart Gardner Museum in Boston, The Refinery X: A small twist of fate at the Palazzo delle Papesse-Centro Arte Contemporanea in Siena, Italy, and Rites of Way at the Walker Art Center in Minneapolis. Ward received commissions from the United Nations and the World Health Organization, and Awards from the American Academy of Arts and Letters, the National Endowment for the Arts, New York Foundation for the Arts, John Simon Guggenheim Foundation, and the Pollock Krasner Foundation.
MORE | INFO

[three_fourth padding=”0 15px 0 0px”]
“Contemporary Perspectives” does not mean a tangle of interpretive theory laid on the past. The curator, Kristina Van Dyke, a former director of the Pulitzer Arts Foundation in St. Louis, proposes that anyone can relate to African art by looking hard and asking basic questions. She asks some herself in exhibition wall texts.