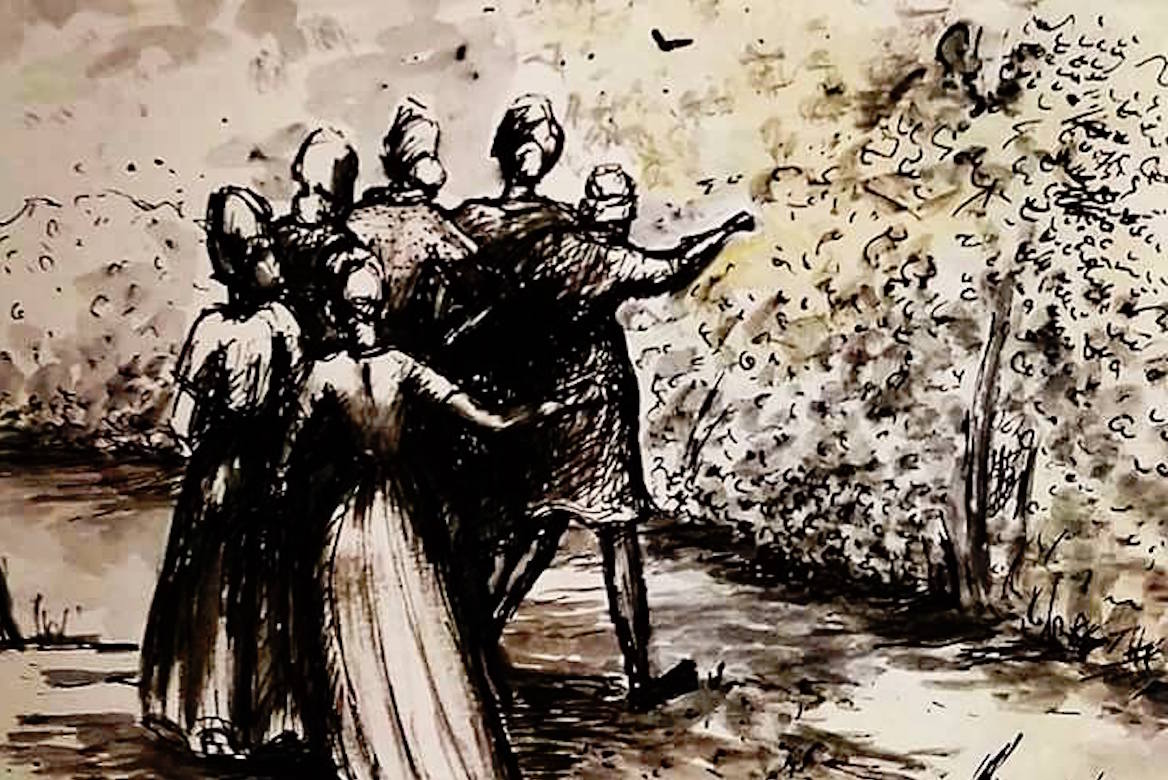 Rebecca Onion | Slate
When Josephine Anderson, a formerly enslaved Floridian, was visited by a white government interviewer in the fall of 1937, she told him a ghost story. Anderson described to Jules Frost a “white man” who walked alongside her as she traversed the railroad tracks one morning. “When I walk slow he walk slow, an when I stop, he stop, never oncet lookin roun,” the transcript of Anderson’s interview, rendered in dialect, reads. “My feets make a noise on de cinders tween de rails, but he doan make a mite o’ noise.” Anderson asked the man—who she declared to Frost to be a “hant”—to go away, by saying, “Lookee here, Mister, I jes an old colored woman, an I knows my place, an I wisht you wouldn’t walk wid me counta what folks might say.” The man went away, as bidden.

Why would Anderson tell a visiting researcher a ghost story? Was the tale a simple bit of folklore, passed on without motive? Or was it, as historian Catherine Stewart argues in her new book Long Past Slavery: Representing Race in the Federal Writers’ Project, a way for Anderson to comment on race relations in Jim Crow Florida—a means for a black interviewee to make an argument about the unwelcome presence of a white interviewer in her home, and to point out the danger she perceived in his presence, all while preserving a mask of civility and giving the interviewer what he had asked for? “While Federal Writers’ Project interviewers like Frost were engaged in writing down African American ghost stories,” Stewart writes, “former slaves such as Josephine Anderson were conjuring up tales about power and racial identities.” 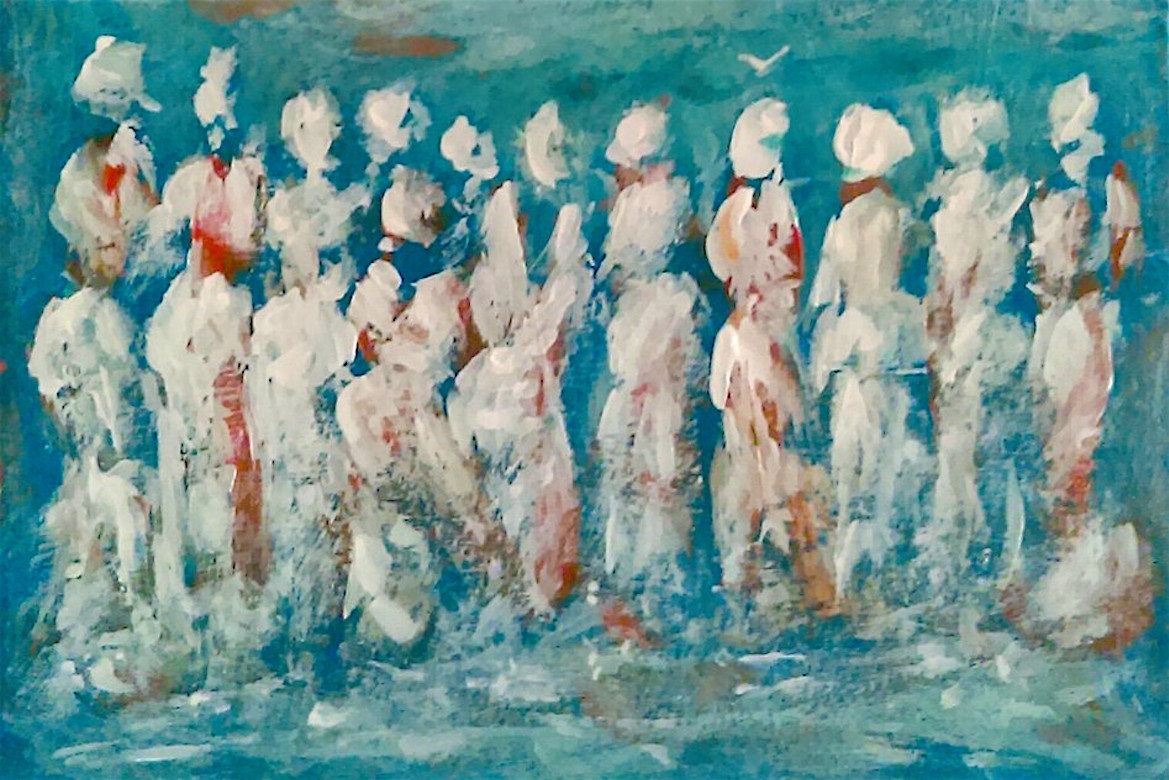 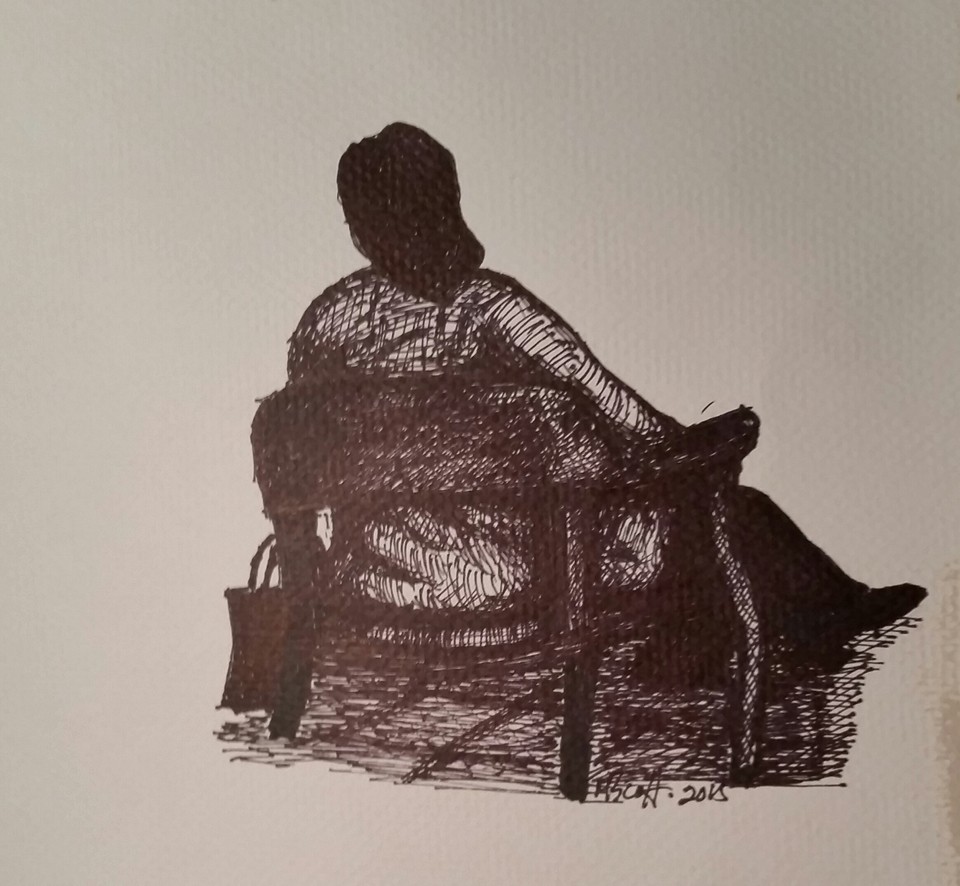 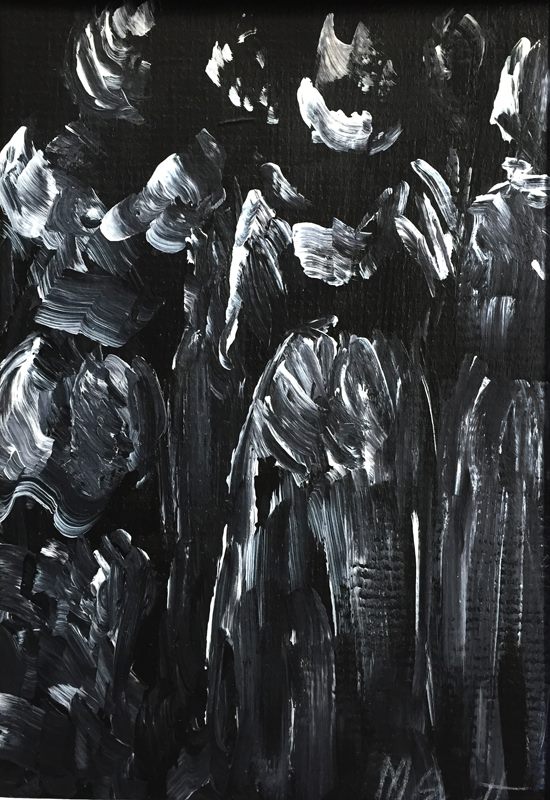 Madge Scott , an Award and Prize Winning artist, began painting and drawing in 1997 when one of her children went missing. She found solace in her small daughters water color paint set when there was nothing else to do. She drew and painted from newspaper articles and anything colorful. Madge became fascinated with faces and practiced her drawing on anything she could get her hands on. People became interested in her work as she took her pencils and sketchbook everywhere she went, and even though she was selling her work she never took it seriously until 2005 when she was discovered by someone who prompted her to have a showing of her work. She showed 31 pieces of her work at the FRC Gallery in Hastings On Hudson, on October 28th and 29th and sold 16 pieces. Since then Madge has shown her work many times in Westchester and New York City. She has been doing commissioned work, folk art and also some spiritual pieces. She showed her work at the Consulate of Jamaica in August of 2007 and since then have shown in Libraries, Galleries, Town Halls, Universities, and at the Katonah Museum of Art two years ago. (Website)