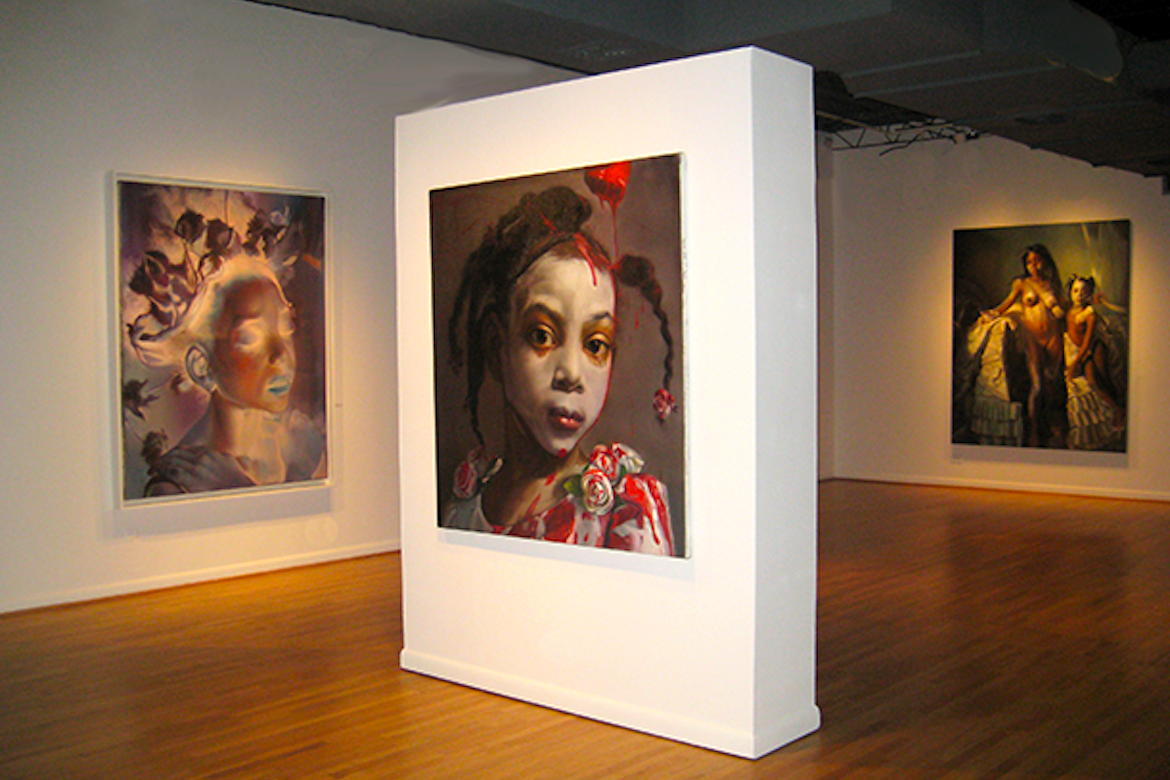 Child sex trafficking was no longer that horrible thing that happened to kids in foreign territories. It had reached epidemic proportions in 14 major U.S. metropolises — right under the noses of everyday civilians — and the “Black Mecca” was one of the biggest playgrounds for child predators.
[/three_fourth]

MARGARET BOWLAND
ARTIST – Painter
“Beauty makes sense to me, has weight for me, only when it falls from grace,” writes Margaret Bowland, who challenges notions of beauty, race, and gender in her figurative paintings and pastels. “My work is about beauty—what it means to be beautiful and what significance the idea has in the 21st century in the world of art,” she says. Focusing on people who have been historically marginalized, Bowland sees beauty as an attribute that both helps and harms those considered to possess it.
MORE | ARTSY BIO

[three_fourth padding=”0 15px 0 0px”]
World-class entertainment and convention centers, popular sports franchises and the globe’s busiest airport have made the city of Atlanta a magnet for sexual deviants. With an estimated $32 billion in profit up for grabs, human trafficking is the third-largest international crime industry. Only drug and arms trafficking generate more. Yet experts say it is the fastest growing criminal trade.