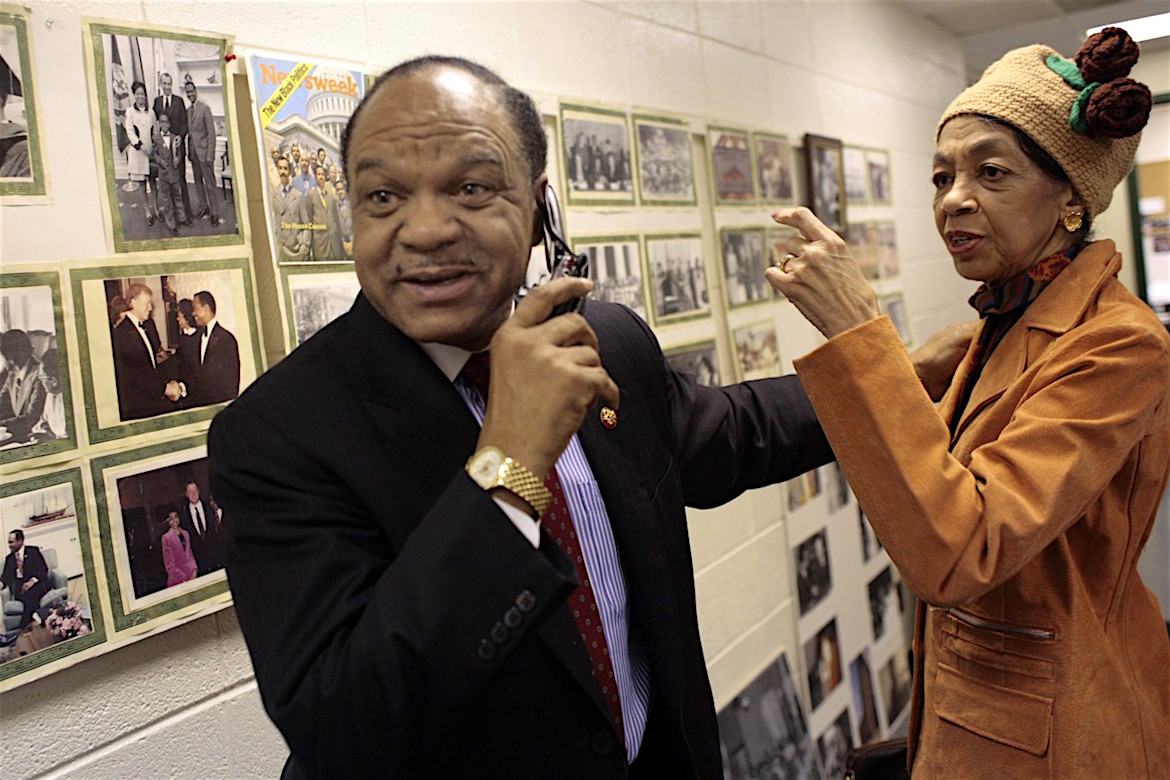 Why Aren’t There More African-American Boys In Gifted Classes?

Walter E. Fauntroy, the former District delegate to Congress and civil rights legend who left Washington in 2012 for the Persian Gulf — leaving his aging wife in debt and eluding a criminal charge in Maryland — vowed in his first interview in four years that he is coming home next week.

I have my ticket. I have my passport. Without question, it’s over,” Fauntroy said in a phone call with The Washington Post from the United Arab Emirates. “I’m coming home.”

Fauntroy, 83, said he has been living rent-free for the past three months in Ajman, just north of Dubai, in the guest room of an apartment occupied by a South Sudanese couple and their son. He said that at some point in recent weeks, the State Department somehow located him at his host’s apartment and left messages for him to call. Fauntroy did, and eventually, he said, two U.S. officials visited to offer him help to fly home.

Walter E. Fauntroy celebrates 50 years as pastor of Washington’s New Bethel Baptist Church in 2009. Behind him and his wife, Dorothy, are photos from his two decades as the District’s delegate to Congress. (Melina Mara/The Washington Post)

WASHINGTON – AUGUST 27: The Rev. Walter Fauntroy (L) gestures as he speaks, while the Rev. Al Sharpton (R), listens during a news conference in front of the John A. Wilson Building on August 27, 2010 in Washington, DC..The news conference was held to announce a march to commemorate the 47th anniversary of the Rev. Dr. Martin L. King, Jr.’s March on Washington. (Photo by Mark Wilson/Getty Images) *** Local Caption *** Walter Fauntroy

WALTER EDWARD FAUNTROY
COMMUNITY ACTIVIST – Pastor & Delegate
Walter Edward Fauntroy (born February 6, 1933) is the former pastor of the New Bethel Baptist Church in Washington, D.C., and a civil rights activist. He is also a former delegate to the United States Congress and was a candidate for the 1972 and 1976 Democratic presidential nominations as a favorite son, as well as a human rights activist. His stated life work is to advocate public policy that “declares Good News to the poor, that binds up the broken hearted and sets at liberty them that are bound” in the United States and around the world.
MORE | BIO

[two_third padding=”0 10px 0 0px”]
“They said, ‘We’ve been asked to see if we can help you get home.’ I said, ‘Thank you.’ It was an answer to prayer,” Fauntroy said. “I want to come home. It’s blistering hot, and I’ll be happy to come home for that reason, but also so I can see my wife, my son, my daughter and my new grandson. ‘New’ for me, because it’s been two years since he’s been born.”