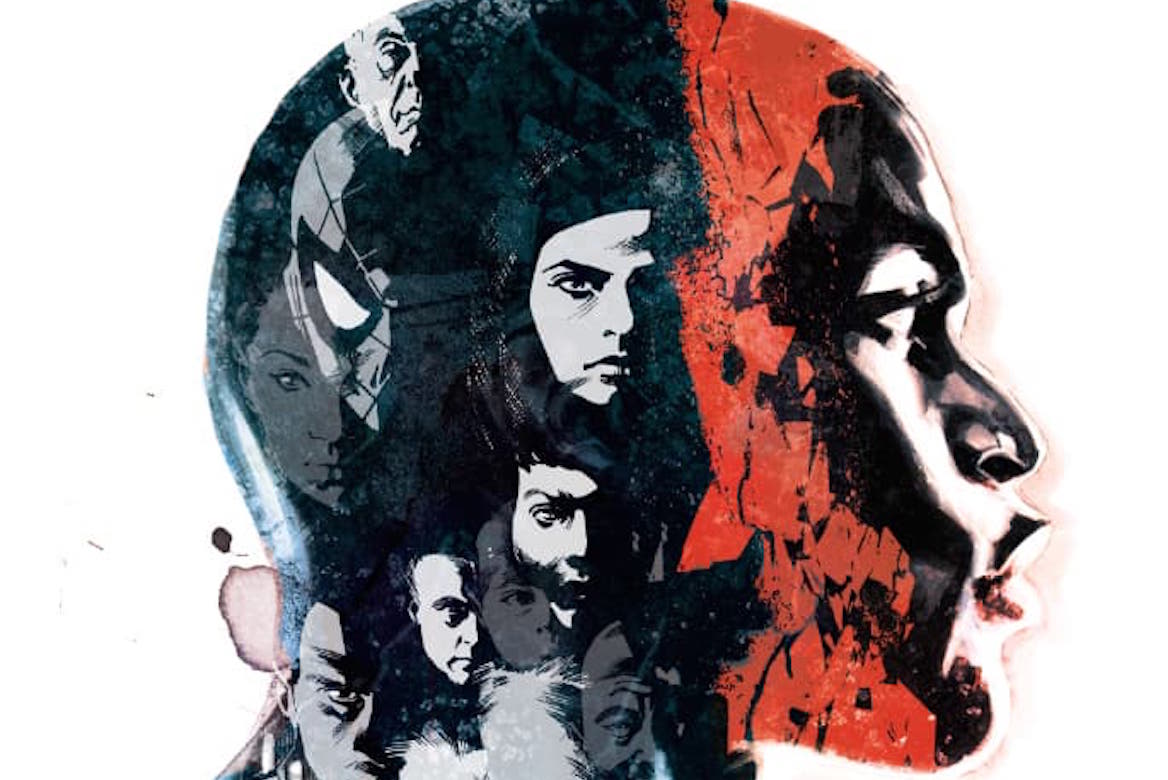 [/one_third_last][two_third padding=”0 15px 0 0px”]In the midst of yet another Civil War in the Marvel Universe, the Inhumans — individuals with alien DNA and superpowers — will see a newcomer who’s going to be a real handful. Morris Sackett, aka Mosaic, is a cocky pro athlete who loses his physical form and must inherit other bodies to survive. The new Inhuman will make his debut in Uncanny Inhumans #11 before starring in his own series this October from Geoffrey Thorne and Khary Randolph.

‘Mosaic’ #1 cover, by Stuart Immonen
GEOFFREY THORNE
CREATIVE, AFRICAN AMERICAN – Screenwriter, Novelist and Actor
Thorne was born in the United States. After a successful career as a television actor including portraying police officer Wilson Sweet in the television series In the Heat of the Night from 1989 to 1994, Thorne began writing professionally, winning Second Prize in Simon & Schuster’s sixth annual Strange New Worlds anthology with his story “The Soft Room.” He went on to publish more stories in several media tie-in anthologies as well as the Star Trek: Titan novel Sword of Damocles.
MORE | BIO

[two_third padding=”0 15px 0 0px”]
Described as “the perfect spy,” Mosaic will contribute to Marvel’s genuine effort to diversity within its comic book universe as a new black superhero, but Thorne and Randolph are quick to destroy stereotypes for black superheroes. “People always ask for more diversity and strong characters of color, so that is what we aim to deliver,” Randolph told Vulture.