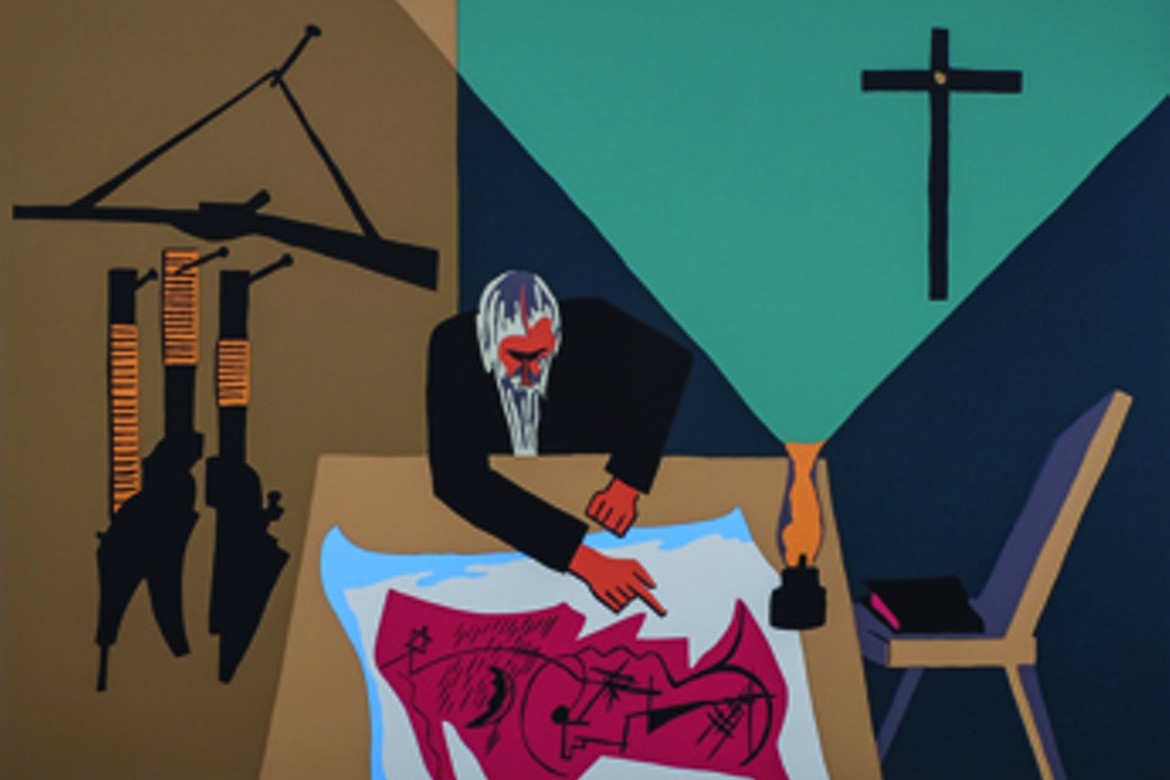 Marla Frederick once wanted to be a lawyer. But in college, she fell in love with discussing religion, reveling in opportunities to debate with her closest friends about how Christianity applied to their lives and whether Islam was the true religion.

“African-Americans in the church have historically resisted violence.” – Marla Frederick

More than 20 years later, Frederick is still studying, writing and reflecting on how faith affects the African-American community. She’s a professor of African and African-American studies and religion at Harvard University and the author of Between Sundays: Black Women and Everyday Struggles of Faith.

01__Legend of John Brown (Complete)
JACOB LAWRENCE
ARTIST – Justice, Equality and the African American Perspective
Jacob Lawrence was an American painter, and the most widely acclaimed African-American artist of the 20th century. He is best known for his Migration Series.

Lawrence’s John Brown series was among the historical epics he produced in the 1930s and 1940s focusing on heroic 19th-century figures like Harriet Tubman and Frederick Douglass as well as the Great Migration of the early 20th-century. As Lawrence explained: “The inspiration to paint the Frederick Douglass, Harriet Tubman and John Brown series was motivated by historical events as told to us by the adults of our community . . . the black community. The relating of these events, for many of us, was not only very informative but also most exciting to us, the men and women of these stories were strong, daring and heroic; and therefore we could and did relate to these by means of poetry, song and paint.” It is for these powerful narratives that Lawrence continues to be most celebrated today. – Virginia Museum of Fine Arts | VMFA
MORE | BIO

[two_third padding=”0 15px 0 0px”]
Her latest book, which was released in January, explores how African-American and white women televangelists have become international celebrities. She also investigates the relationship between the media, race and religion in an upcoming project, Televised Redemption: Black Religious Media and Racial Empowerment, which she coauthored with two other religion scholars.