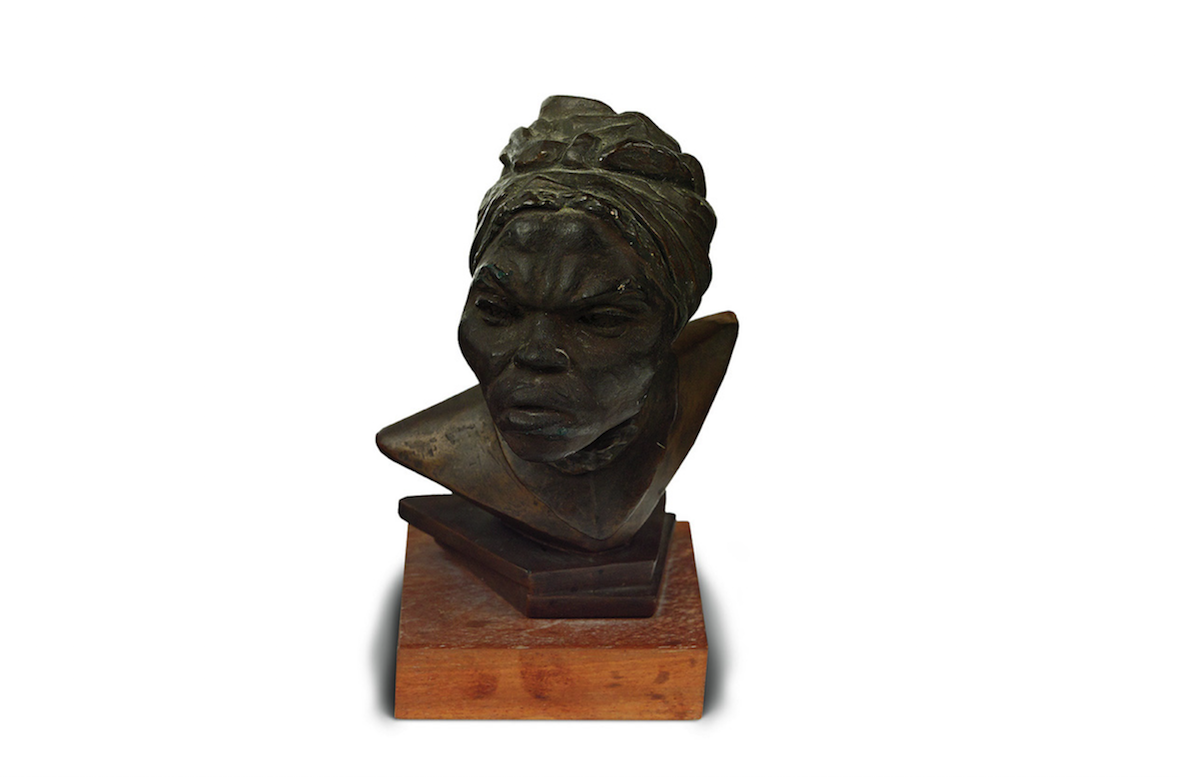 Because the artist Inge Hardison created towering statues and small busts of schoolchildren, families and heroes like Sojourner Truth, Harriet Tubman and the Rev. Dr. Martin Luther King Jr., she was often described as the lady who builds giants.

“She danced in the flowers, she called herself a sunbeam,”

[/one_third_last][two_third padding=”0 15px 0 0px”]What apparently did not interest Ms. Hardison, who died in March at 102, were practical matters like organizing papers.

“She danced in the flowers, she called herself a sunbeam,” her daughter, Yolande Hardison, said during a tour of the family home on Central Park West. Clay and plaster heads and torsos, tinted to resemble bronze, are displayed in glass cases and tucked in corners.

WEB Du Bois. Ruth Inge Hardison
RUTH INGE HARDISON
AFRICAN AMERICAN – Sculptor, Artist, and Photographer
Ruth Inge Hardison (February 3, 1914 – March 23, 2016) was an African American sculptor, artist, and photographer, known particularly for her 1960s busts (or sculpted portraits) entitled “Negro Giants in History.” Her 1983 collection called “Our Folks,” which features sculpted portraits of everyday people, is also of note. Hardison’s artistic productions largely surround historical black portraiture, and she is especially interested in creatively representing the unspoken voices of the African American past. She was the only female in the Black Academy of Arts and Letters (BAAL), a group that encourages awareness of Black artistic accomplishments, when this organization was founded in 1969.
MORE | WEBSITE


[two_third padding=”0 15px 0 0px”]
The art dealer Michael Rosenfeld, who has long specialized in African-American artists, recently toured the apartment. “It’s an amazing time capsule,” he said. Too often, he added, artists’ archives “get tossed in the trash.”