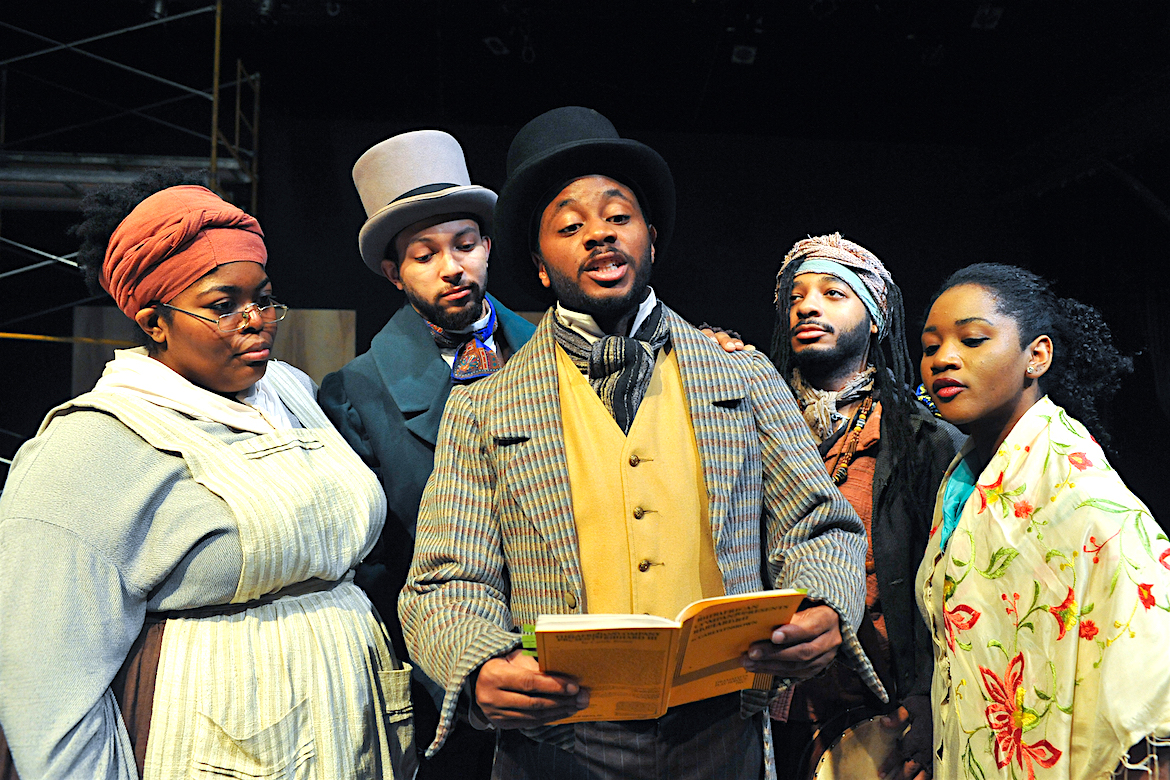 In the 1821 curtain speech that opens Carlyle Brown’s “The African Company Presents Richard III,” 19th-century American impresario Stephen Price (David Daniel) urges his audience to look upon a stage where “anything is possible.”

All the World’s a Stage

The very fact that APT can now stage plays like this one – with five meaty roles for black actors, each one of them solid in this well-acted production – confirms how far APT has come in living up to a more inclusive meaning of the word “American” in its name.

The meaning and future of American theater is also the focus of Price’s curtain speech, mindful of what theater has achieved “in a country not yet fifty years of age.”

The African Company Presents Richard III dress rehearsal in the Bentley Theater at Dartmouth College on Thursday, May 17, 2012. Rob Strong

AMERICAN PLAYERS THEATER
VENUE, SPRING GREEN, WI – Theatric Performances
In 1978, a small group gathered on the Lockwood farm near Spring Green, Wisconsin. One person walked to the base of a steep hill and began to read; his voice reached those above with uncanny clarity. After looking at 43 sites, this was the one. The founders, Charles Bright, Randall Duk Kim and Anne Occhiogrosso, had found the spot that was to become American Players Theatre. The mission was to perform the classics, especially the works of Shakespeare, outside, under the sun, moon and stars. On July 18, 1980, American Players Theatre staged its first production: William Shakespeare’s A Midsummer Night’s Dream.
MORE | WEBSITE

[two_third padding=”0 15px 0 0px”]
But Price gauges progress toward America’s destined future by looking to its English past: Ticking off the names of the great English actors who’ve played at his Park Theatre in New York City, he proudly heralds the arrival of another: Junius Brutus Booth, primed to perform the difficult part of Richard in Shakespeare’s “Richard III.”

Unfortunately for Price, he has company – more specifically, the African Company, a black theater troupe performing Shakespeare’s plays which really did exist in 1820s New York. Brown’s play takes place as the African Company is preparing to stage its own version of “Richard III” – adjacent to Price’s theater – on the same night Booth is scheduled to perform.