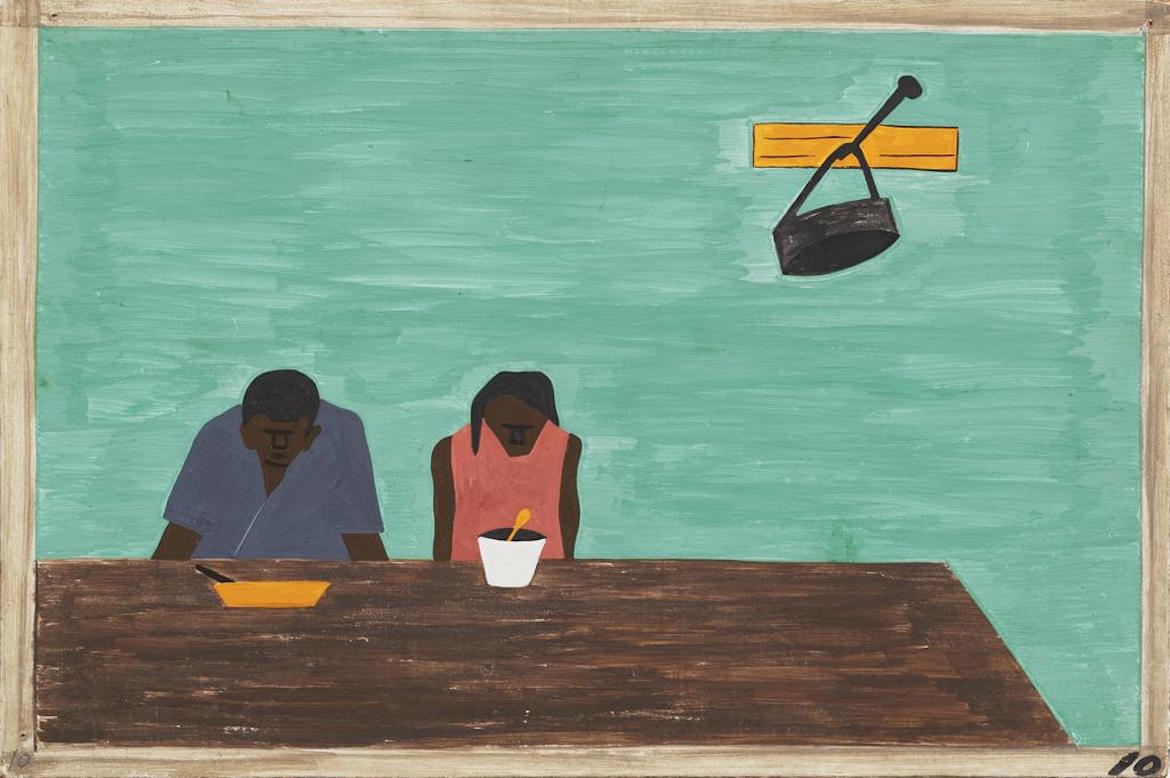 The history of African-Americans has been shaped in part by two great journeys.

A map of African-American genetic diversity

[/one_third_last][two_third padding=”0 15px 0 0px”]The first brought hundreds of thousands of Africans to the southern United States as slaves. The second, the Great Migration, began around 1910 and sent six million African-Americans from the South to New York, Chicago and other cities across the country.

In a study published on Friday, a team of geneticists sought evidence for this history in the DNA of living African-Americans. The findings, published in PLOS Genetics, provide a map of African-American genetic diversity, shedding light on both their history and their health.

Buried in DNA, the researchers found the marks of slavery’s cruelties, including further evidence that white slave owners routinely fathered children with women held as slaves.[/two_third]

Panel No. 45, The migrants arrived in Pittsburg , one of the greatest industrial centers of the North (Lawrence Jacobs, The Migration Series)

Panel No. 7, The migrant, who’s life had been rural, and nurtured by the earth, was now moving to urban life dependent on industrial machinery (Lawrence Jacobs, The Migration Series)

Panel No. 1, During World War I there was a great migration north by southern African Americans (Lawrence Jacobs, The Migration Series)

MIGRATION SERIES
JACOB LAWRENCE – Painter
The Migration Series is a group of paintings by African-American painter Jacob Lawrence which depicts the migration of African Americans to the northern United States.

Lawrence conceived of the series as a single work rather than individual paintings, and worked on all of the paintings at the same time, in order to give them a unified feel and to keep the colors uniform between panels. He wrote sentence-long captions for each of the sixty paintings explaining aspects of the event. Viewed in its entirety, the series creates a narrative, in both images and words that tells the story of the Great Migration.
MORE | WEBSITE

[two_third padding=”0 15px 0 0px”]
And there are signs of the migration that led their descendants away from such oppression: Genetically related African-Americans are distributed closely along the routes they took to leave the South, the scientists discovered.

The importance of that finding is not just historical, said Dr. Esteban G. Burchard, a physician and scientist at the University of California, San Francisco, who was not involved in the study.