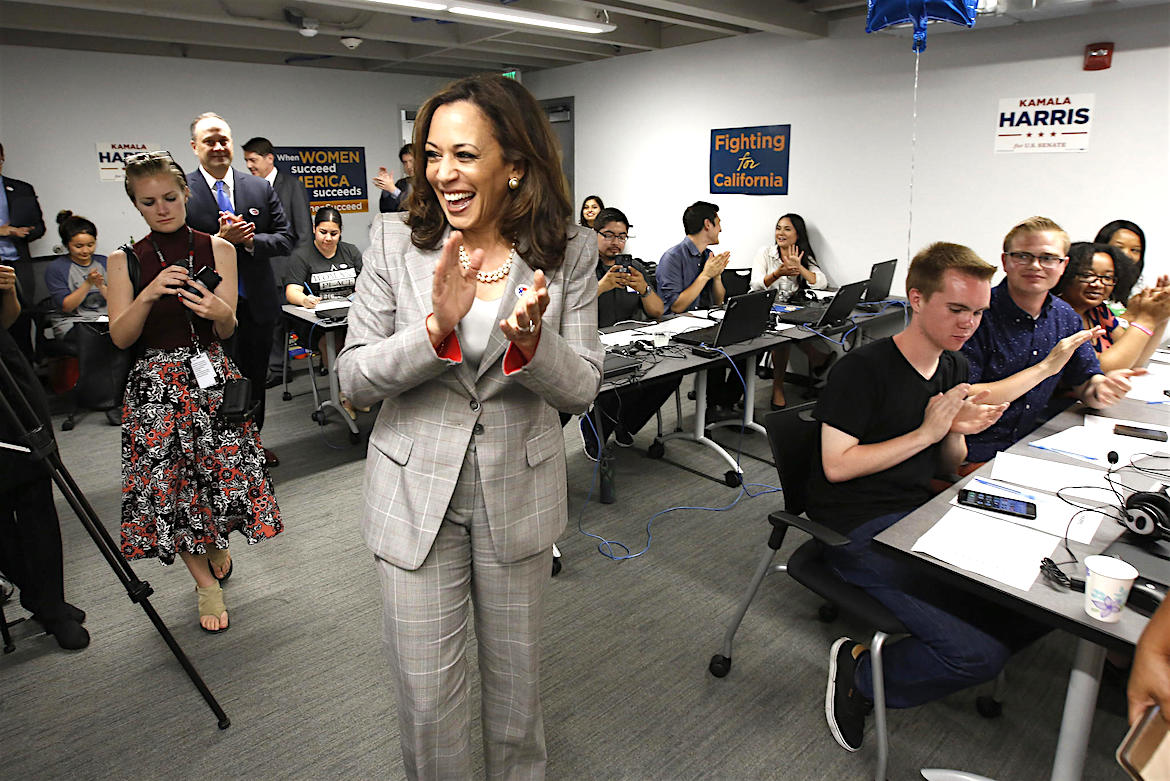 [/one_third_last][two_third padding=”0 15px 0 0px”]Harris had a wide lead in early returns and was ahead in all but a handful of the state’s 58 counties. She was trailed by fellow Democrat Loretta Sanchez, a 10-term congresswoman from Orange County, who was holding steady in second place.

KAMALA HARRIS
ATTORNEY – Politician
Kamala Devi Harris (born October 20, 1964) is an American attorney, politician and member of the Democratic Party, who has been the 32nd and current Attorney General of California since 2011.

Harris was elected California’s Attorney General in 2010 and was re-elected in 2014. Harris is the first female, the first African-American, and the first Asian-American attorney general in California. She won the primary election for the United States Senate seat in California. In the November 2016 election, she will face the runner-up, Democrat Loretta Sanchez, to determine who will replace Democrat Barbara Boxer in the 2016 election.
MORE / WEBSITE

[two_third padding=”0 15px 0 0px”]
If Harris and Sanchez prevail, it will be the first time since voters started directly electing senators a century ago that Republicans are absent from California’s general election ballot for the Senate. Before the ratification of the 17th Amendment in 1913, state legislatures chose senators.

“The stakes are high. The eyes of the country are on us, and I know we are prepared to do ourselves and our state and our fellow Californians proud,” Harris told cheering supporters at a celebration rally.