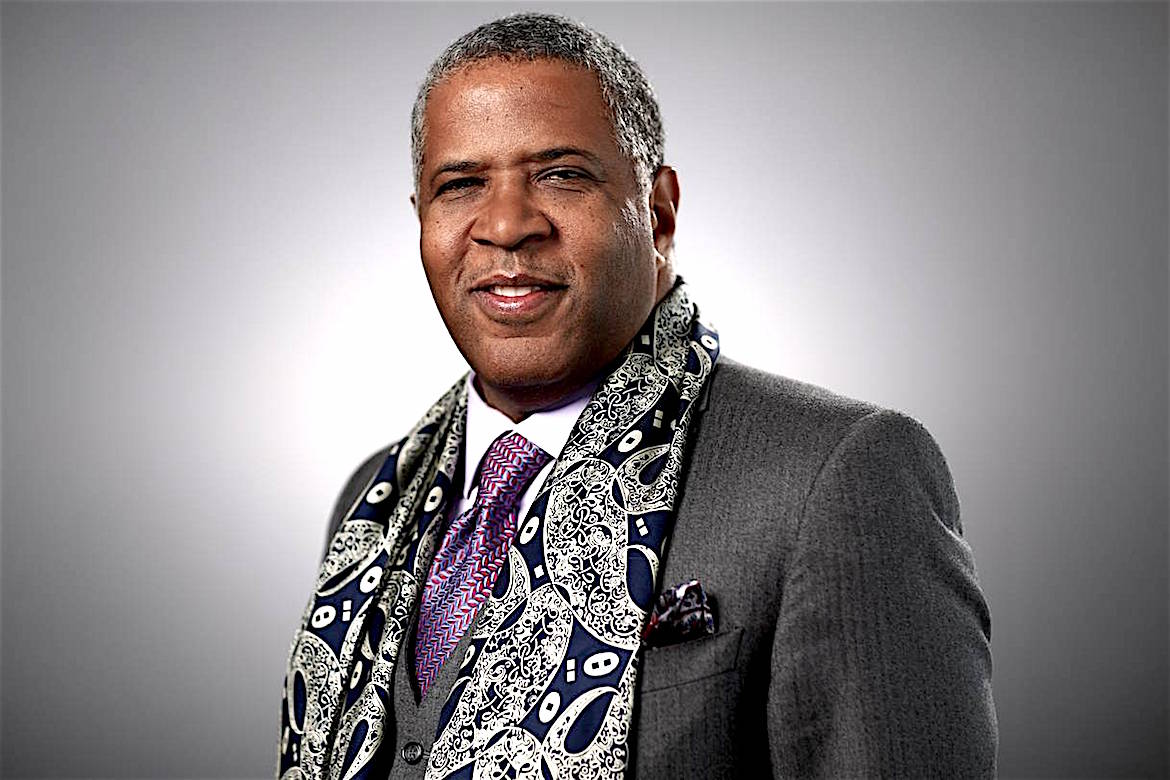 Robert F. Smith, the private equity titan who was named the richest African-American man by Forbes last year after making a fortune in software, also has a quirky musical side.

[/one_third_last][two_third padding=”0 15px 0 0px”]He owns one of Elton John’s old pianos. He hired John Legend and Seal — and a youth orchestra — to perform at his wedding last summer on the Amalfi Coast. His youngest sons, Hendrix and Legend, are named after Jimi Hendrix and Mr. Legend. And he bought and refurbished a retreat in the Rocky Mountains that was beloved by jazz musicians, including Duke Ellington.

ROBERT F. SMITH
INVESTOR – Philanthropy & Social Activist
Robert F. Smith (born December 1, 1962) is an American investor. He is the founder, chairman and CEO of Vista Equity Partners, an investment firm with over $14 billion in assets as of October 1, 2015. Smith is ranked by Forbes as 268th richest man in America, and the second wealthiest African-American on the list, trailing only Oprah Winfrey.

A 4th generation Coloradoan, Robert F. Smith was born to two parents with PhDs, who were school teachers. He grew up in a mostly African-American, middle-class neighborhood in Denver, and attended a newly-integrated school. When he was an infant, his mother carried him at the March on Washington, where the Rev. Dr. Martin Luther King Jr. delivered his “I Have a Dream” speech. In high school, he applied for an internship at Bell Labs but was told the program was intended for college students. Smith persisted, calling every day. When a student from M.I.T. did not show up, he got the position, and that summer he developed a reliability test for semiconductors.

Smith trained as an engineer at Cornell University, earning his B.S. in Chemical Engineering.
MORE / WEBSITE

[two_third padding=”0 15px 0 0px”]
On Thursday, Mr. Smith’s intersecting worlds of money, philanthropy and music came together when he was named the chairman of Carnegie Hall, the nation’s most prestigious concert stage. He became the first African-American to hold the post at a time when diversity at leading cultural organizations lags — a recent survey of New York’s cultural institutions found that nearly 78 percent of their board members were white.
“Carnegie Hall is perfectly placed to champion not only artistic excellence, but also access and exposure to the best music in the world,” Mr. Smith said in a statement.[/two_third]

Designed by architect William Burnet Tuthill and built by philanthropist Andrew Carnegie in 1891, it is one of the most prestigious venues in the world for both classical music and popular music. Carnegie Hall has its own artistic programming, development, and marketing departments, and presents about 250 performances each season. It is also rented out to performing groups. The hall has not had a resident company since 1962, when the New York Philharmonic moved to Lincoln Center’s Philharmonic Hall (renamed Avery Fisher Hall in 1973 and David Geffen Hall in 2015).
MORE / WEBSITE

The election of Mr. Smith, 53, who played an old upright piano while growing up in Denver and was told that with enough practice he might make it to Carnegie one day, brings to an end a low moment at the hall. The billionaire Ronald O. Perelman served as its chairman for less than a year before stepping down last fall after he alienated the board by clashing with the hall’s executive and artistic director, Clive Gillinson.