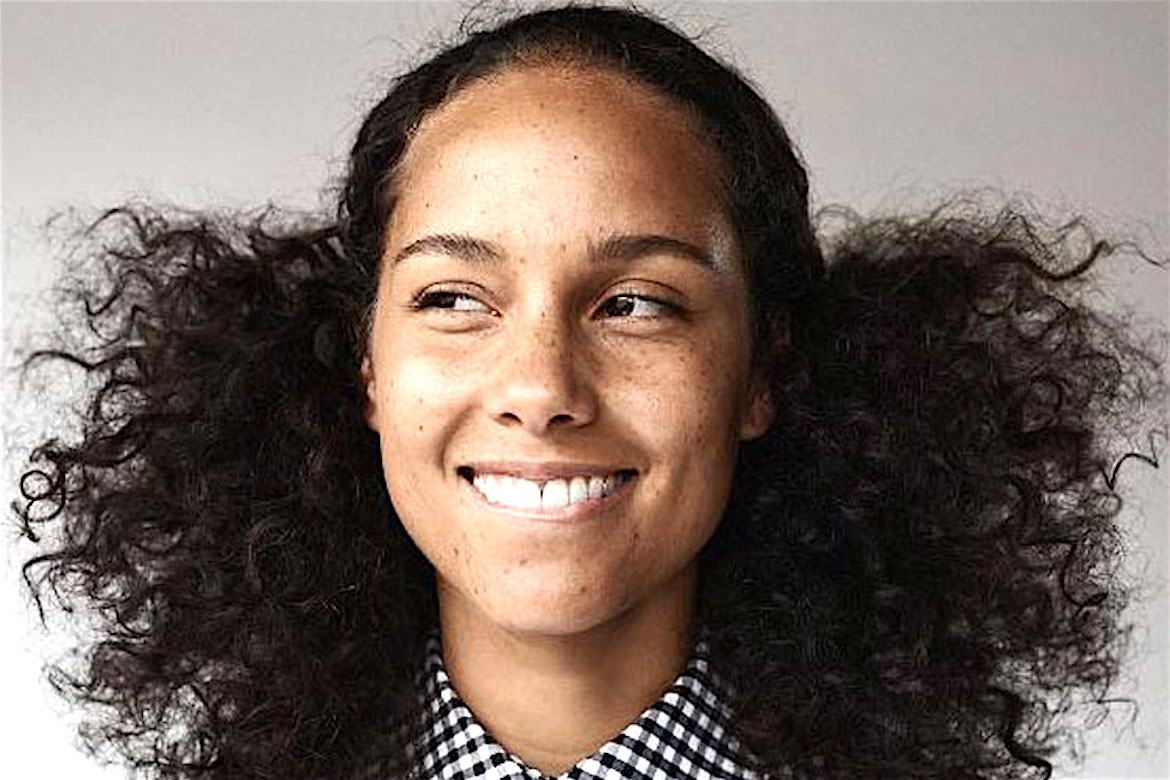 We’re “Fallin’” even more in love with this woman than we were before.
[/two_third][one_third_last padding=”0 0px 0 15px”]
New Or Revived Movement? Share with friends on FB + TW
[/one_third_last] [two_third padding=”0 15px 0 0px”] This girl is on fire — with makeup or without. After penning a powerful essay on Lenny Tuesday depicting the struggles and pressures women go through to look a certain way, Alicia Keys vowed to officially stop covering up. “Not my face, not my mind, not my soul, not my thoughts, not my dreams, not my struggles, not my emotional growth. Nothing,” she said.

Already, in just the few days since the piece was published, the songstress has made good on her promise.

And from the looks of images she’s posted, Keys has gone makeup-free for her most recent performances, too:

She explained in her essay that this new outlook resulted, in part, from a totally raw and honest photoshoot for her new album with photographer Paola Kudacki.