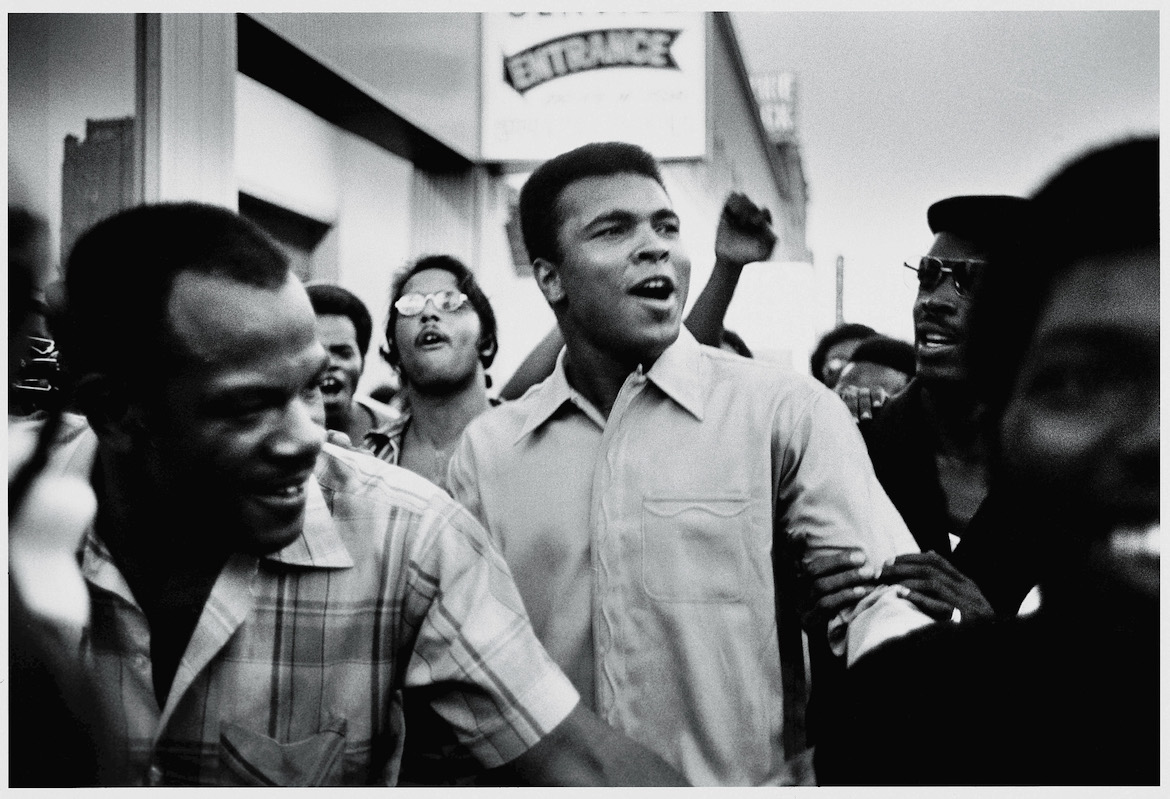 [/otw_shortcode_info_box][mashshare][/one_third_last] [two_third padding=”0 15px 0 0px”] STANLEY NELSON’S new documentary The Black Panthers: Vanguard to the Revolution is a bracing examination of the history and politics of the Black Panther Party for Self-Defense. Given that we are living in a time when the issues that animated this revolutionary socialist organization–racist police brutality and economic injustice–still resonate and given that new movements are finding their voice, this film could not be more timely. The documentary also made me consider the ways in which boxer Muhammad Ali played a role in the inspiration of the very existence of the Black Panther Party. In many respects, the events of the sports world were not in the mind of rank-and-file Panthers because they weren’t playing games. As onetime Panther–and longtime political prisoner–Mumia Abu-Jamal said to me in an interview, “As someone who grew up, very young in the Party, I didn’t form a lot of the idolatries that many age-mates did. At 14 to 15, I wasn’t fantasizing about being a member of the NBA or the NFL. I was a member of the Black Panthers, and that was enough for me.” Yet almost in the next moment Mumia said, “But if ever there was a sports hero to us, it was Muhammad Ali.”

Heavyweight champ Muhammad Ali, center, leaves the Armed Forces induction center with his entourage after refusing to be drafted into the Armed Forces in Houston, April 28, 1967. Hundreds of Ali fans and supporters filled the streets to greet him when he left the building. (AP Photo)

American heavyweight boxing champion Muhammad Ali walks through the streets with members of the Black Panther Party, New York, New York, September 1970. Ali was sentenced to five years in prison and his championship title revoked after he was convicted of draft evasion upon his refusal to serve with the American army in Vietnam upon grounds of conscientious objection. The decision was overtuned in 1971 but Ali became a figurehead of resistance and a hero of the people.

[two_third padding=”0 15px 0 0px”] Because he had been speaking out against racism, war and the mainstream civil rights movement for several years before the Panthers formed, Ali had a singular resonance. His triumphs in the ring were themselves political acts. Future Black Panther Party leader Eldridge Cleaver wrote in his 1968 autobiography Soul on Ice, “If the Bay of Pigs can be seen as a straight right hand to the psychological jaw of white America, then [Ali’s defeat of Floyd Patterson] was the perfect left hook to the gut.”

But Ali had an effect on the Panthers that rippled well beyond his wicked grace in the ring. In 1965 the Student Non-Violent Coordinating Committee (SNCC) in Lowndes County, Alabama, launched an independent political party and became the first group to use the symbol of a black panther. Their graphic was of a black silhouette of a panther with a slogan straight from the champ: “WE Are the Greatest.” They took his famous phrase, “I am the greatest,” and made it a collective call to arms. In addition, Panther co-founder Huey Newton said that he became politicized by watching Malcolm X and Muhammad Ali give speeches. They inspired him, but left him wanting more because he “had enough of religion” and later wrote, “references to God or Allah did not satisfy my stubborn thirst for answers.”
READ MORE SOCIALIST WORKERS.ORG[/two_third]