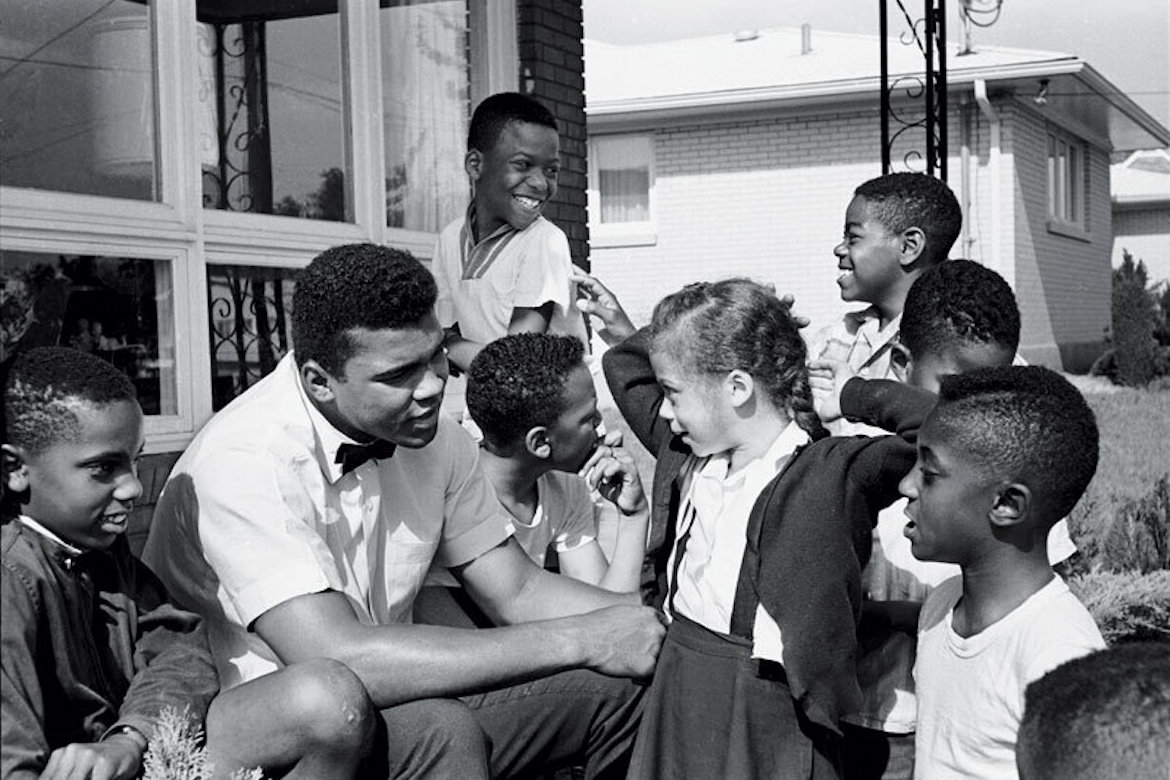 [/otw_shortcode_info_box][mashshare][/one_third_last] [two_third padding=”0 15px 0 0px”] Although Steve Schapiro, the photographer, is the one who found Lonnie that day in 1963, she is the one who tracked him down almost 50 years later. Here’s the e-mail that she sent to him:

My name is Lonnie Ali. I am the wife of Muhammad Ali. Almost 50 years ago (1963), you came to Louisville and photographed Muhammad, then Cassius Clay, at his parents home on Verona Way. That was the day I first met Cassius Clay. It was quite fateful that you were there photographing that May day because you actually snapped a picture of the moment Cassius and I met. I was the only little girl in a crowd of neighborhood boys. We were newcomers to the neighborhood. Shortly thereafter, you sent our family several copies of the photographs you took that day that included me and my brothers with “Cassius.”

I never knew [your] name, or how to find you. As luck would have it, last week I walked into my hair salon in Scottsdale and noticed a book on the bookshelf that had Muhammad’s face on the front along with Martin Luther King and Bobby Kennedy called “Shapiro’s Heroes.” Having never seen this particular book before, I picked it up and opened to a picture that was so familiar — a photo of Muhammad taken in front of his parents’ home with my little brother looking up at him in complete wonderment.

This past Friday, I was with Howard Bingham at Angelo Dundee’s funeral and told him about my find. Again, to my surprise he told me had seen you recently in L.A. I wish I had known years ago Howard knew you. I would have contacted you long ago.

Well, believe it or not, I still have the picture you took of the moment I first met Muhammad. It is framed and in our home in Michigan. I want to thank you for sending those pictures to our family because I do believe it was fate that I met Muhammad that day and you were there to memorialize it forever in black and white.”