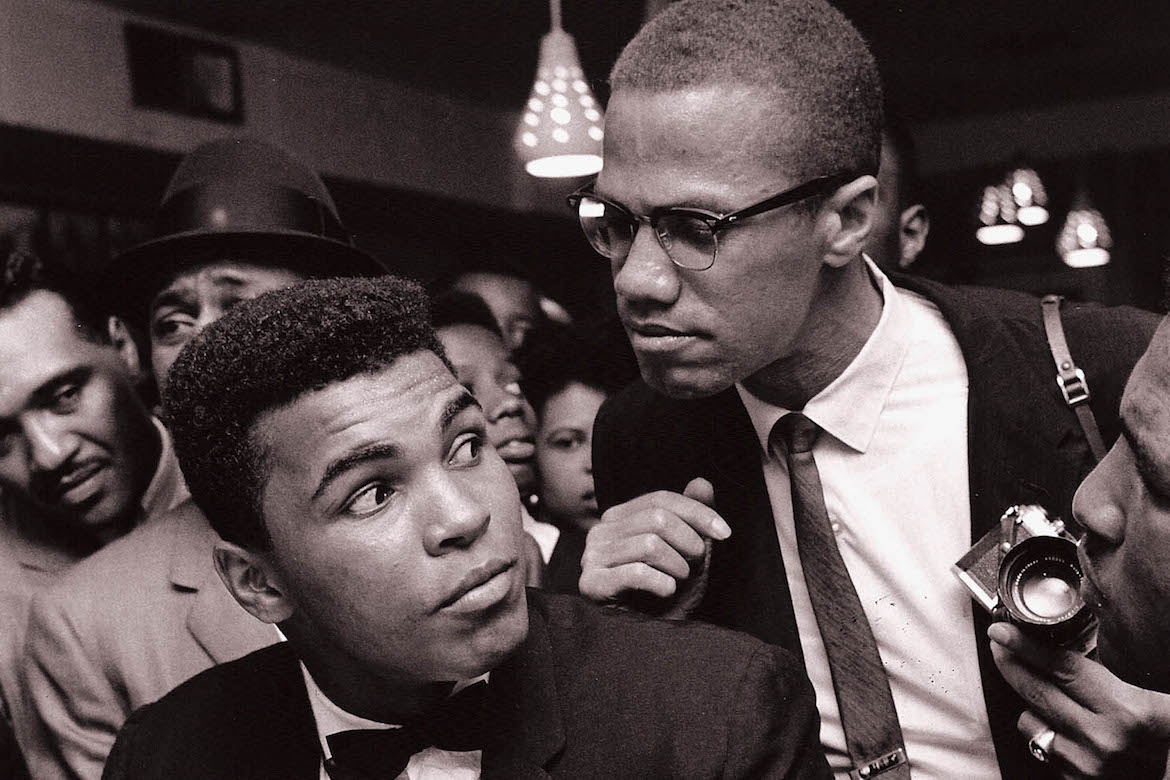 Before They Were Lonnie and Muhammad Ali – KOLUMN Magazine

[/otw_shortcode_info_box][mashshare][/one_third_last] [two_third padding=”0 15px 0 0px”] In “Blood Brothers,” Randy Roberts and Johnny Smith lift the curtain on the provocative history surrounding Muhammad Ali and Malcolm X’s complex bond. Deeply examined and enthrallingly written, the authors explore how both legacies’ involvement in the realms of race, politics and religion have coalesced to transform the world since the raging 1960s. Published by Basic Books, the narrative is titled, “Blood Brothers: The Fatal Friendship Between Muhammad Ali and Malcolm X.” The following text is an excerpt from the book.

Cassius stretched his neck as he watched an honor guard escort Elijah Muhammad, Malcolm, and other officials onto the speaker’s platform. Standing amid the awestruck silence, he felt the crowd’s reverence for the Messenger. After exchanging the traditional greetings, As-Salaam-Alaikum and Wa-Alaikum-Salaam, Malcolm delivered his opening remarks and defended the Nation’s doctrine. “We are not a sect or a cult, nor are we a hate group,” he asserted. “We are a group of people who have accepted the Islamic faith and believe that Allah is the Supreme Being.”


When Malcolm finished, Muhammad, the featured speaker, rose from his large chair, like a royal descending from his throne, and walked over to the lectern. Cassius listened attentively as the slight man with a receding hairline forcefully asserted that the “so-called Negro” had been enslaved for more than four hundred years, echoing what Clay had heard at the Miami mosque. “That is a long time for a master to mistreat you,” he said. For two hours, Muhammad zealously preached while Cassius and Rudy sat well back in the crowded arena, “practically leading the applause.”[/two_third]

[two_third padding=”0 15px 0 0px”] Flanked by twenty to thirty members of the Fruit, Muhammad declared,”The time to rise is now.” It was time for black men to renounce the “games of white men,” he urged, time to abandon the struggle for integration and turn inward, looking to Allah’s Messenger for salvation.Muhammad condemned the Los Angeles police for murdering Ronald Stokes and reminded his parents, the honored guests, that their son did not die in vain. The white man’s day of judgment, he promised, would come before long. [/two_third]

MALCOLM X
AMERICAN MUSLIM MINISTER – Human Rights Activist
Malcolm X (May 19, 1925 – February 21, 1965), born Malcolm Little and also known as el-Hajj Malik el-Shabazz, was an American Muslim minister and human rights activist. To his admirers he was a courageous advocate for the rights of blacks, a man who indicted white America in the harshest terms for its crimes against black Americans; detractors accused him of preaching racism and violence. He has been called one of the greatest and most influential African Americans in history.
MORE / WEBSITE

[two_third padding=”0 15px 0 0px”]Muhammad demanded a separate state where blacks could live independently from whites. Malcolm sat just a few feet away from him, nodding with approval as he listened. “We must remember that we are two different people and we must be separate. That is the only way out.”

The message Clay heard that day jived with what he had learned from his father—keep your distance from white men; they will never treat a black man fairly. It reinforced what he had read in newspapers and magazines and seen on television—images of the mutilated body of Emmett Till, the bombing of Martin Luther King’s Montgomery home, and a white mob assaulting black teenagers outside a Little Rock high school.
READ MORE NBC NEWS[/two_third]