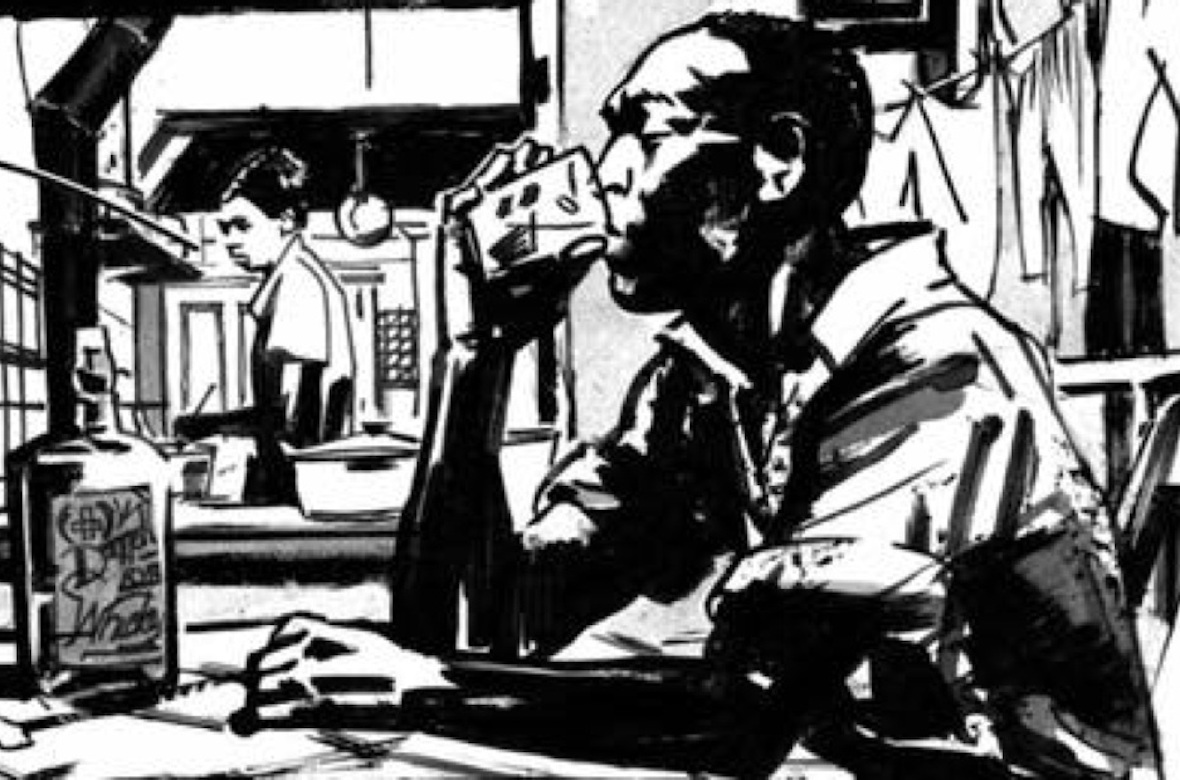 Black Death in America” is an Eisner nominated short story that originally appeared in the Vertigo CMYK: Black issue. Written by Tom King with art by John Paul Leon it follows the true story of Henry Louis Johnson, an African-American soldier in World War I who was held up as a war hero but died in poverty. Johnson was only awarded the Congressional Medal of Honor in 2015.

Kim has made the story available for free on his Twitter: 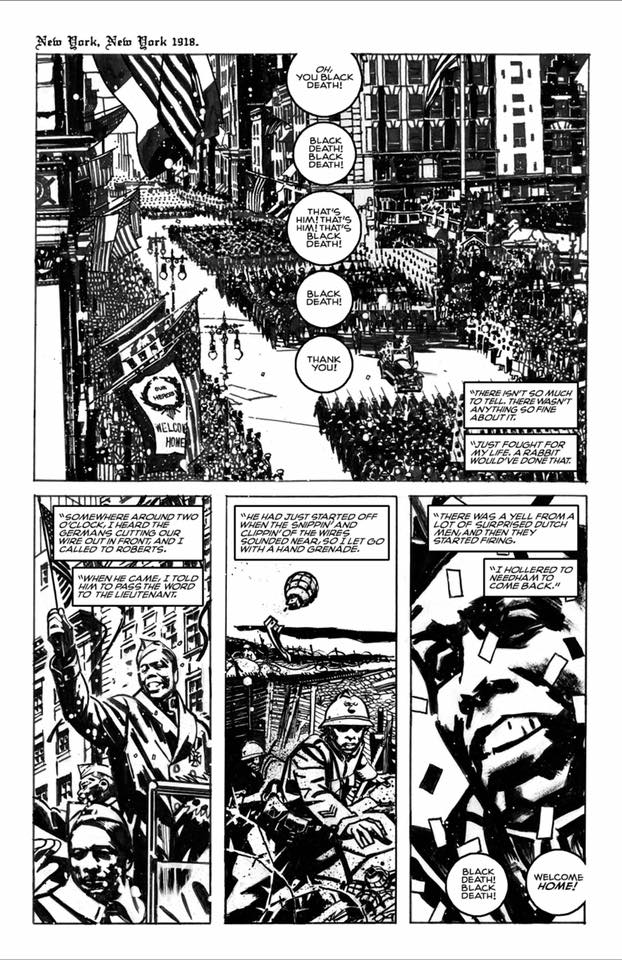 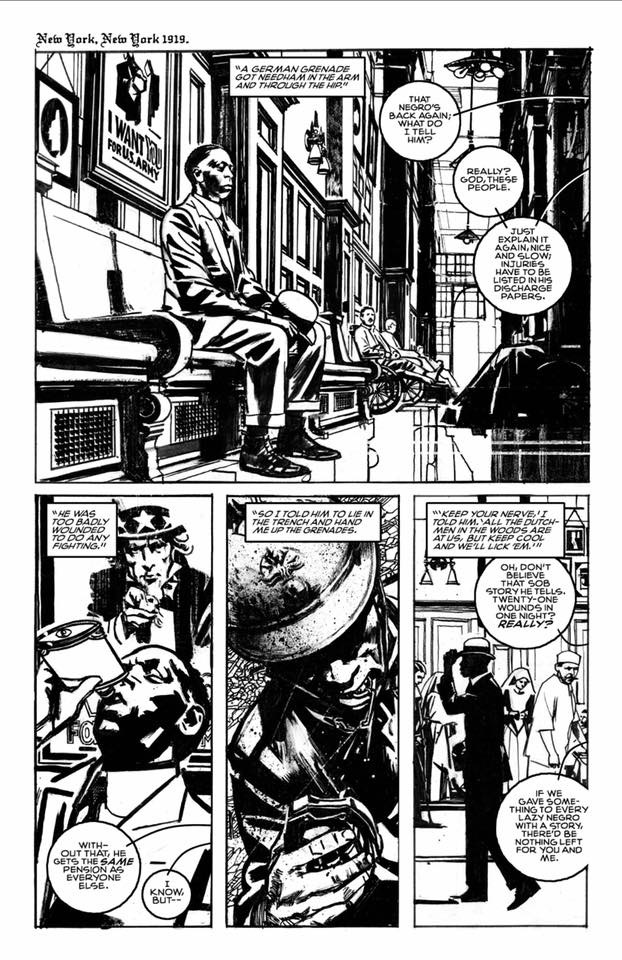 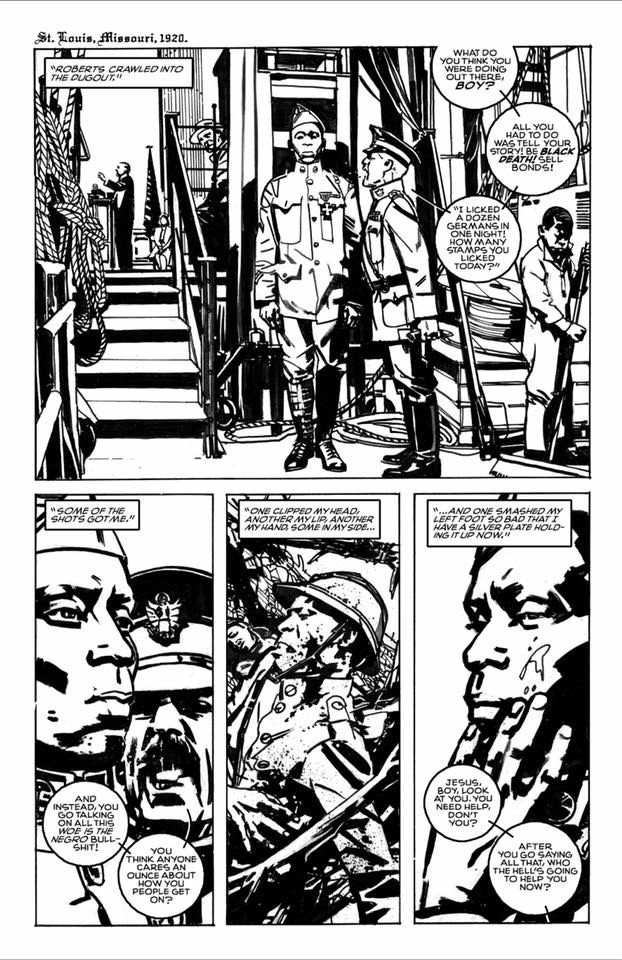 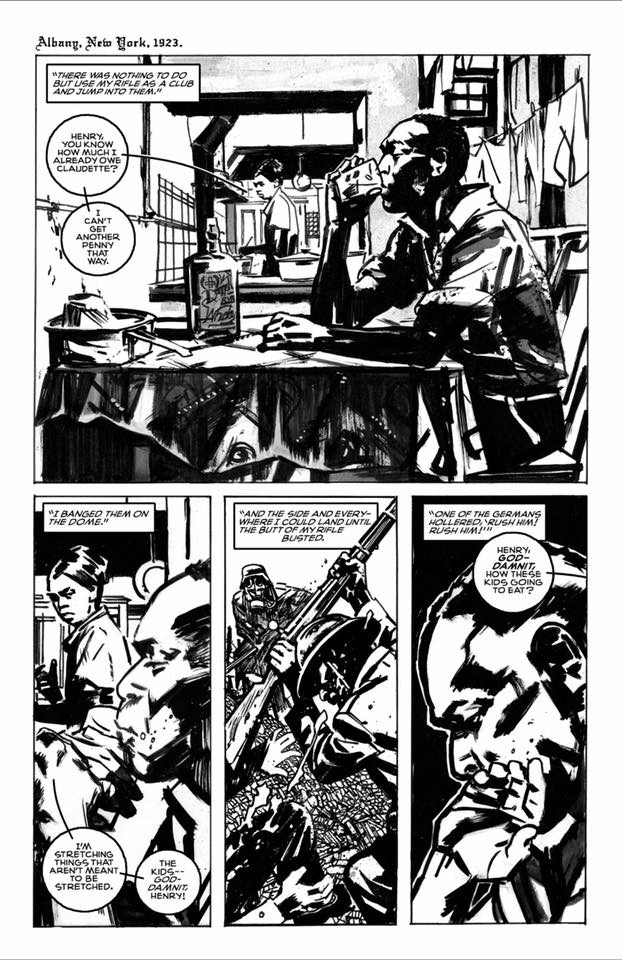 [/otw_shortcode_info_box][mashshare] CHARACTER:
WILLIAM HENRY JOHNSON
William Henry Johnson (circa July 15, 1892 – July 1, 1929), commonly known as Henry Johnson, was a United States Army soldier who performed heroically in the first African American unit of the U.S. Army to engage in combat in World War I. On watch in the Argonne Forest on May 14, 1918, he fought off a German raid in hand-to-hand combat, killing multiple German soldiers and rescuing a fellow soldier while experiencing 21 wounds, in an action that was brought to the nation’s attention by coverage in the New York World and the Saturday Evening Post later that year. On June 2, 2015 he was awarded the Medal of Honor by President Barack Obama in a posthumous ceremony at the White House.

In 1918, racism against African Americans was common among white American troops and up the line within the U.S. military, while French troops welcomed them. Johnson was recognized by the French with a Croix de guerre with star and bronze palm, and was the first American soldier in World War I to receive that honor.

Johnson died, poor, in obscurity, in 1929. From 1919 on, Henry Johnson’s story has been part of wider consideration of treatment of African Americans in the Great War. A 1919 treatment covered the intersection of racism with their experience. There was a long struggle to achieve awards for him from the U.S. military. He was finally awarded the Purple Heart in 1996. In 2003, the U.S. military awarded him the Distinguished Service Cross. Previous efforts to secure the Congressional Medal of Honor failed, but in 2015 he was honored with the award. Wikipedia

TOM KING is an American author, comic book writer, and ex-CIA agent. He is best known for his 2012 superhero novel A Once Crowded Sky, and for co-writing the comic book series Grayson for DC Comics, and writing The Vision for Marvel Comics. As of early 2016, King writes Grayson and The Omega Men for DC, The Vision for Marvel, and The Sheriff of Babylon for Vertigo. Wikipedia

JOHN PAUL LEON Best known for his critically acclaimed work that envisioned and redefined the entire MARVEL COMICS universe in the maxi-series EARTH X, JOHN PAUL LEON’s bold and dramatic work has influenced many of today’s young talents. Some of his other notable works include the critically acclaimed THE WINTER MEN, LOGAN: PATH OF THE WARLORD, THE FURTHER ADVENTURES OF CYCLOPS AND PHOENIX, CHALLENGERS OF THE UNKNOWN, and cover artist for DMZ. John Paul Leon.com