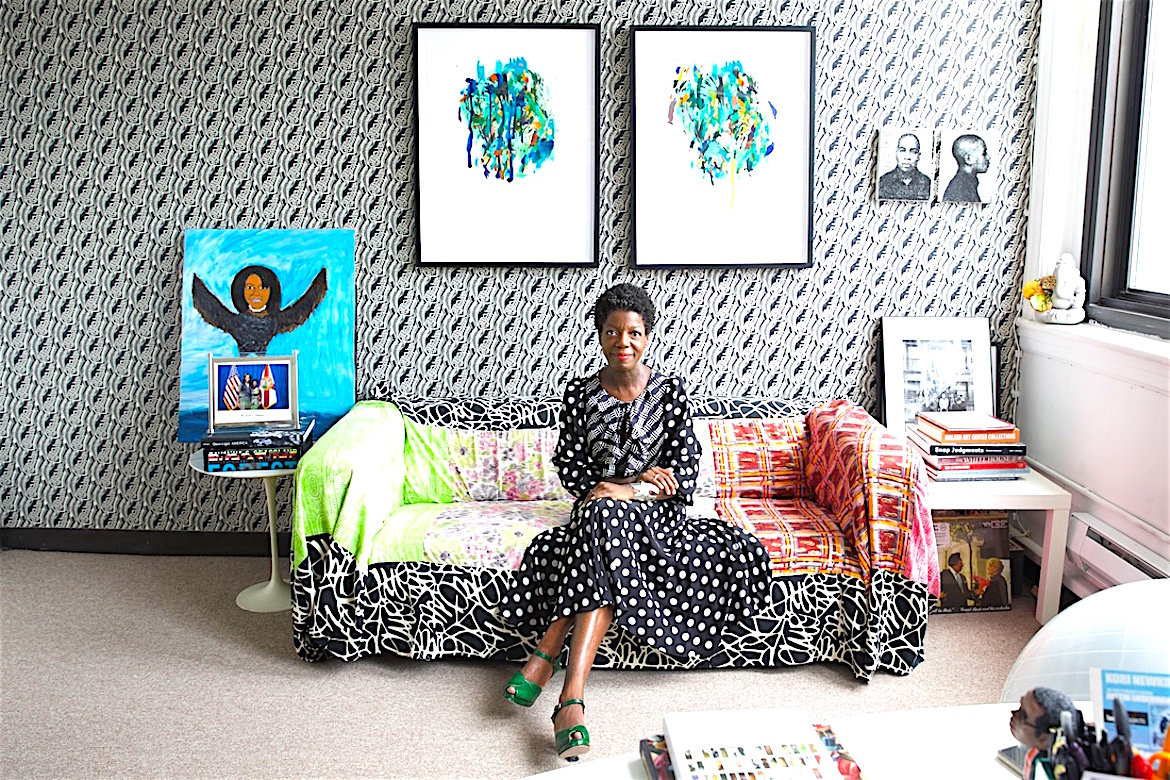 Newcomers say gentrification is about wealth, not
race. But that’s a distinction without a difference.

I HAVE lived in Harlem for half my life — 30 years. I have seen it in all its complexities: a cultural nexus of black America, the landing place for Senegalese immigrants and Southern transplants, a home for people fleeing oppression and seeking opportunity. Harlem is the birthplace of so much poetry and music and beauty, but in the eyes of many who have never set foot here, it has long been a swamp of pain and suffering.

It is also changing, rapidly. A few years ago I was on Eighth Avenue, also known as Frederick Douglass Boulevard, picketing a fund-raiser for a politician who was pushing for denser mixed-use zoning along 125th Street, the “Main Street” of my sprawling neighborhood. Harlem has seen an influx of tourists, developers and stroller-pushing young families, described in the media as “urban pioneers,” attracted by city tax abatements. New high-end housing and hip restaurants have also played their part. So have various public improvements, like new landscaping and yoga studios. In general all this activity has helped spruce the place up. Not surprisingly, on that day a few passers-by shot us ugly looks, as if to say, “Why can’t you accept a good thing?”

But even then, a few boys passing by on their bikes understood what was at stake. As we chanted, “Save Harlem now!” one of them inquired, “Why are y’all yelling that?” We explained that the city was encouraging housing on the historic, retail-centered 125th Street, as well as taller buildings. Housing’s good, in theory, but because the median income in Harlem is less than $37,000 a year, many of these new apartments would be too expensive for those of us who already live here.

Hearing this, making a quick calculation, one boy in glasses shot back at his companions, “You see, I told you they didn’t plant those trees for us.”

The Studio Museum in Harlem was founded in 1968 by a diverse group of artists, community activists and philanthropists who envisioned a new kind of museum that not only displays artwork but also supports artists and arts education. The Museum was originally located in a rented loft at 2033 Fifth Avenue, just north of 125th Street. In 1979, the New York Bank for Savings gave the Museum the building located at 144 West 125th Street. Renowned architect J. Max Bond Jr. led a renovation that adapted the building into a two-level exhibition space with offices and space for rental tenants. In 1985, the Museum began excavation of an adjacent vacant lot at 142 West 125th Street, leased from the City of New York. Over the following two decades, the Museum, in partnership with the City, completed additional renovations to the building and lot, and added additional gallery and lobby space, a theater and a flexible outdoor space. The Museum has been accredited by the American Alliance of Museums (AAM) since 1987, when it became the first black or Latino institution to gain this recognition. Studio Museum.org

MERGING ART+NEWS
Faith Ringgold A fervent civil rights and gender equality activist, Faith Ringgold has produced an inherently political oeuvre. In the early 1970s, she abandoned traditional oils for painting in acrylic on unstretched canvas with fabric borders, a technique evoking Tibetan thangkas (silk paintings with embroidery). The painted narrative quilts for which Ringgold is best known grew out of these early paintings, and denounce racism and discrimination with their subject matter. Artsy.com

Aaron Fowler Pulling from reality and imagination, Aaron Fowler’s work describes certain conditions of the human experience, and memorializes individuals who are important to him. Using discarded materials from his immediate environment, Fowler communicates ideas about transformation, community, and salvation. Metaphorical imagery symbolize those who are left to navigate the world with the tools society has left for them, and those who get stuck in its constructs. Artsy.com

Tschabalala Self Tschabalala Self builds a singular style from the syncretic use of both painting and printmaking to explore ideas about the black female body. The artist constructs exaggerated depictions of female bodies using a combination of sewn, printed, and painted materials, traversing different artistic and craft traditions. The exaggerated biological characteristics of her figures reflect Self’s own experiences and cultural attitudes toward race and gender. Artsy.com