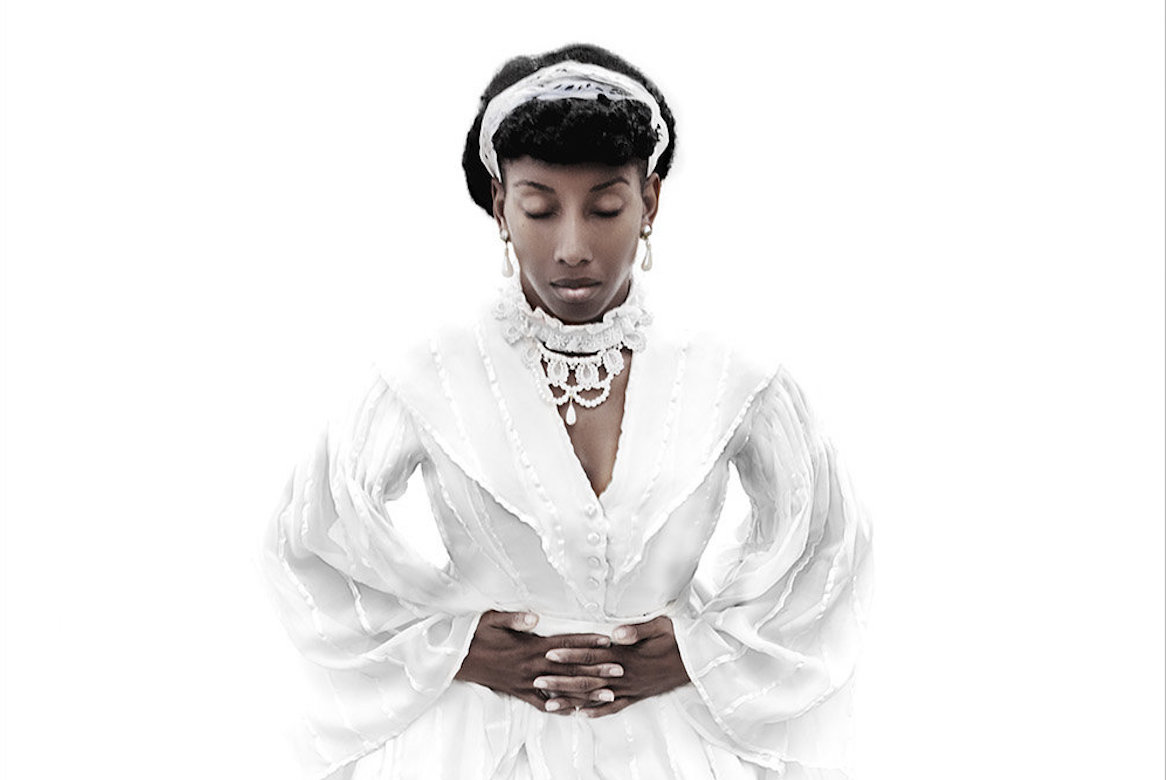 Even as a little girl Ayana Jackson was entranced by the formal portraits of generations of relatives that held a place of honor in her grandparents’ living room in East Orange, N.J. The photos were comforting, hand-painted presences.

Although she never met some of the people in those portraits, her grandparents made certain she knew who each one was. The photographs, and their placement, had a clear message: “You have a history, you have a legacy and there’s something to look up to and live up to as a part of this family,” she said.

“In a way it was a counternarrative to the media images of black bodies in the ’80s and ’90s,” she said. “The photos on my grandfather’s wall were propaganda meant to counter all the other negative propaganda I was bombarded with every day.”

The homes of many African-American families have portraits similar to the ones Ms. Jackson saw growing up. But the visual narratives most often told of black people don’t reflect that tradition. “The beauty of these family portraits,” she said, “is that when we stepped into that portrait studio, even with a white photographer, we decided how to present ourselves.”

Ms. Jackson is now using her body as her visual instrument, exploring how photography shaped the narratives of African-Americans and Africans. In her most recent images she assumes the role of historic black women from the 19th century, including her own relatives. She relies on extensive research and often bases her images on historic photographs — some of which had been used to subjugate or stereotype black people.

[/otw_shortcode_info_box][mashshare] Ayana V. Jackson
Ayana V. Jackson’s work seeks to crystallize the experience of contemporary Africa and African diasporic societies. She combines honed technical skills with richly laced historical allusions to create hauntingly candid portraits that depict varying constructions of African and African-American identities. She does this through several photographic approaches ranging from reportage and portraiture to performance and studio based practice.

She received the 2014 New York Foundation for the Arts (NYFA) Fellowship for Photography and has received grants from the Marguerite Casey Foundation, Inter America Foundation, US State Department as well as the French Institute, the latter supporting her participation in the 2009 Bamako African Photography Biennial. Ayana V. Jackson.com

Her photography has been featured in publications including the exhibition catalogue for “Poverty Pornography & Archival Impulse” produced as a collaborative effort between her Paris and Johannesburg galleries (2013), the exhibition catalogue for her series “African by Legacy, Mexican by Birth” (produced in collaboration with writer/filmmaker Marco Villalobos in 2006), as well as academic journals n.paradoxa, “Souls: A Critical Journal of Black Politics, Culture, and Society” (Columbia University), and art reviews such as Art South Africa, Art + Auction, Camera Austria, Afrique in Visu, Proximo Futuro/Next Future (Gulbenkian Foundation) and Dutch based ZAM magazine. GALLERY MOMO