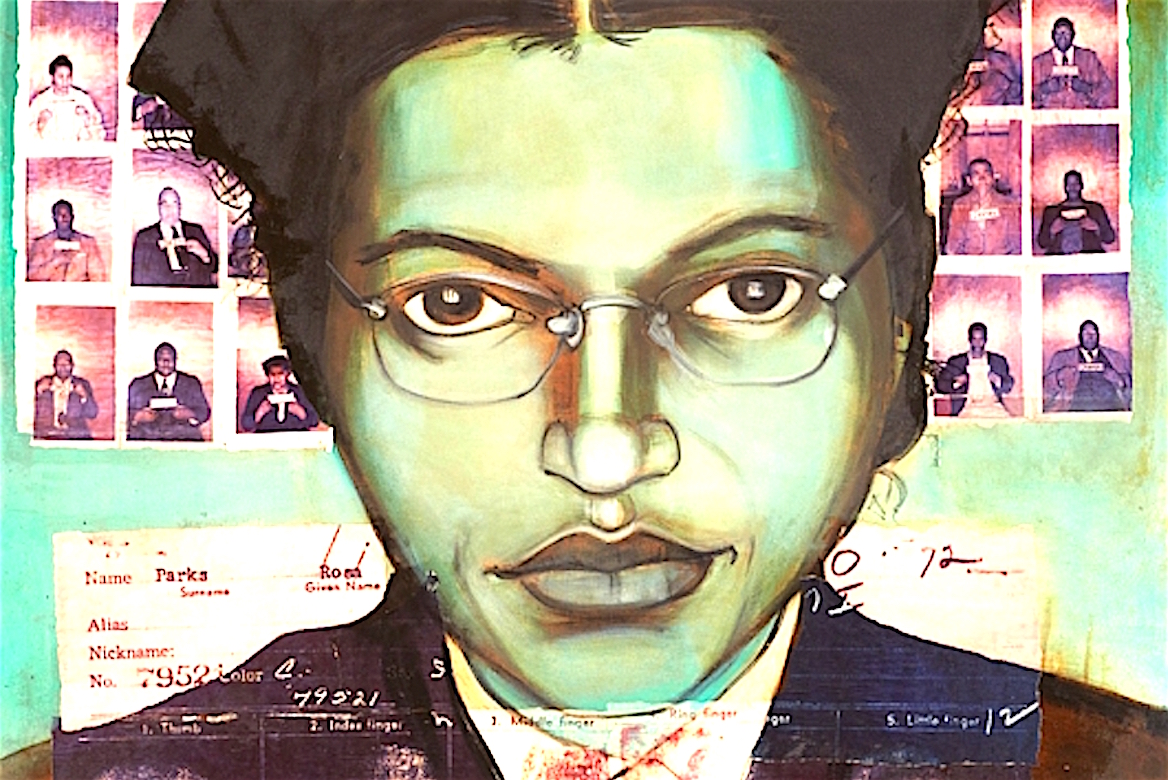 In 1961, the Freedom Riders embarked on a journey to change America as they resolved to ride buses from Washington, D.C., to New Orleans while testing how integrated Southern bus stations actually were.

At the 55th Anniversary Commemoration of the Freedom Rides on Friday morning, Charles Person and other Freedom Riders watched in a place of honor from the front row, a seat they fought for all those years ago.

“Today brought back a lot of memories,” Person said. “I’m especially happy to see the number of us who made it back. I think it’s not only good for us, but good for the city.”
Person, one of the original 13 Freedom Riders, never made it to Montgomery 55 years ago.

[/otw_shortcode_info_box][mashshare] Freedom Riders and Bus Boycotters – Art
Paintings from mug shots of famous and non famous people arrested during two incidents amidst the civil rights movement demanding desegregation and equal rights for all. The original inspiration was mug shots I found on www.thesmokinggun.com. The significance of the two dates is that you can see that in the 5 years that passed between the two incidents, the civil rights movement matured: the raw anger became organized and focused and better dressed, but also the police photography became more sophisticated: the subject matters are photographed using 2 lights, they’re standing and their height is visible. The plaques from the 1961 arrests carry much more information: place and date of arrest, whereas in 1956 the men and women arrested were merely sitting down and carrying numbers. Charlotte Janzen

MERGING ART+NEWS
Charlotta Janssen was born in Maine to German parents living in America under the Marshall plan. In 1973, my family moved to Iran, which we fled during the revolution in 1979. Back in Germany, I studied painting at the University of Arts in Berlin from 1986-1989. I dropped out and travelled the world as a street musician and performance artist. In 1991, I picked up my brushes again and started organising art shows wherever I travelled. 1995 I moved to New York. In 2000, I opened a restaurant to showcase my work in Brooklyn. In 2005, I started to narrow down my color spectrum to teal, white, black and rust. In 2009 I reintroduced collage and this element created a real conversation that keeps evolving. Charlotta Janssen