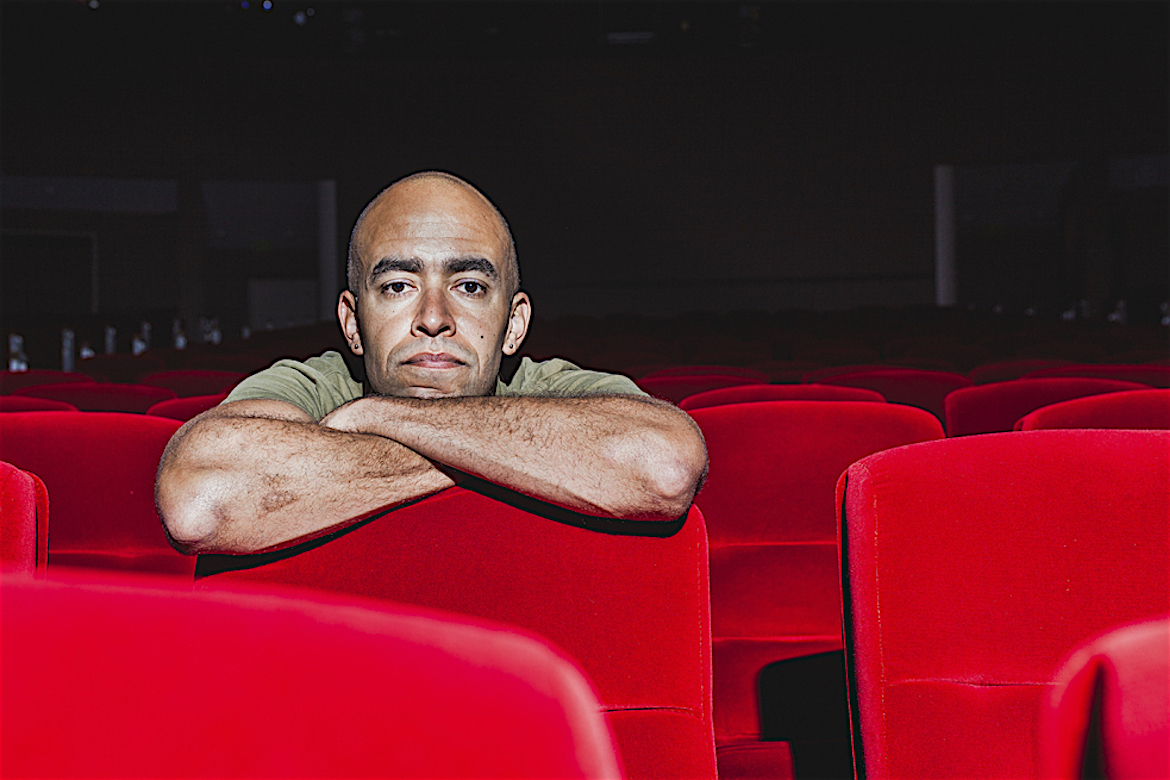 A Black American Artist Explores Her Refusal of Christianity

Movie theaters had air conditioning. So when those dry, 110-degree Clovis summers hit, that’s where Nate Moore and his three siblings would be. At the movies. Baby brother Nate has a brother eight years his senior plus two sisters. Single mom Barbara was hard at work providing. 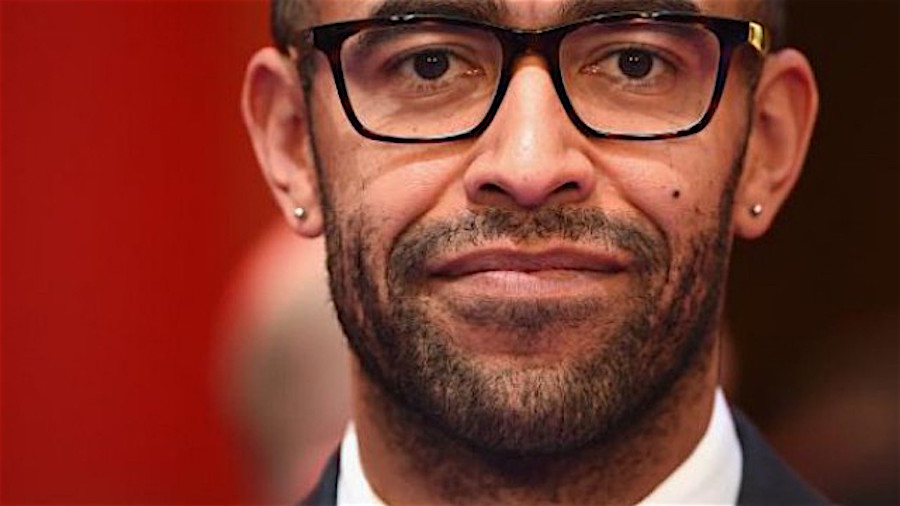 The kids needed to stay out of trouble, and consuming films was an escape from the heat and from reality. Clovis, after all, isn’t glitzy. It’s a small agricultural town in The San Joaquin Valley’s Fresno County, and it’s known for orange and peach fields. Moore’s high school was literally in the middle of an orchard. But the cineplex was within walking distance of home. “Honestly,” he says with a chuckle, “we grew up [with] movies…being our babysitter.”

A young Moore cringed through the original ‘79 Alien and peeked at ‘89’s Pet Sematary through 7-year-old fingers as he watched on VHS. He cheered during ‘85’s The Goonies when he saw it at the movie house with his family, and was a fan of angsty teen ‘80s films like The Breakfast Club and Ferris Bueller’s Day Off. And Moore was a fanatic for Indiana Jones movies, and the original Star Wars trilogy. “That was the cool way to hang out with your friends, but not roast alive,” he says. “We’d sneak in, do triple features…movie hop, see everything. [Or] we’d stay home and watch movies on our VCR.”
[/two_third][one_third_last padding=”0 0px 0 30px”][otw_shortcode_info_box border_type=”bordered” border_color_class=”otw-red-border” border_style=”bordered” background_color_class=”otw-red” border_color=”FF0000″ background_color=”FF0000″]

FEATURED ARTIST
Marcus Williams, A long time lover of video games, comic art, and all things animated, I’ve dedicated my young artistic years to fine tuning my illustration muscles by way of freelancing. Over fifteen years later, I’m catching my stride and still ever growing in hopes of being a well rounded illustrator. Stationed in Atlanta Ga, I spend most of my time toiling away late nights on everything from illustrating children’s books, comic art, to random character commissions and more. A proud father of two, I somehow manage to steal enough time to create loads of artwork and check homework. I’m excited about the direction my comic properties are heading in, and I look forward to creating more forms of visual entertainment and stories to enjoy. MARCUS THE VISUAL.COM[/one_third_last] READ MORE FIVETHIRTYEIGHT 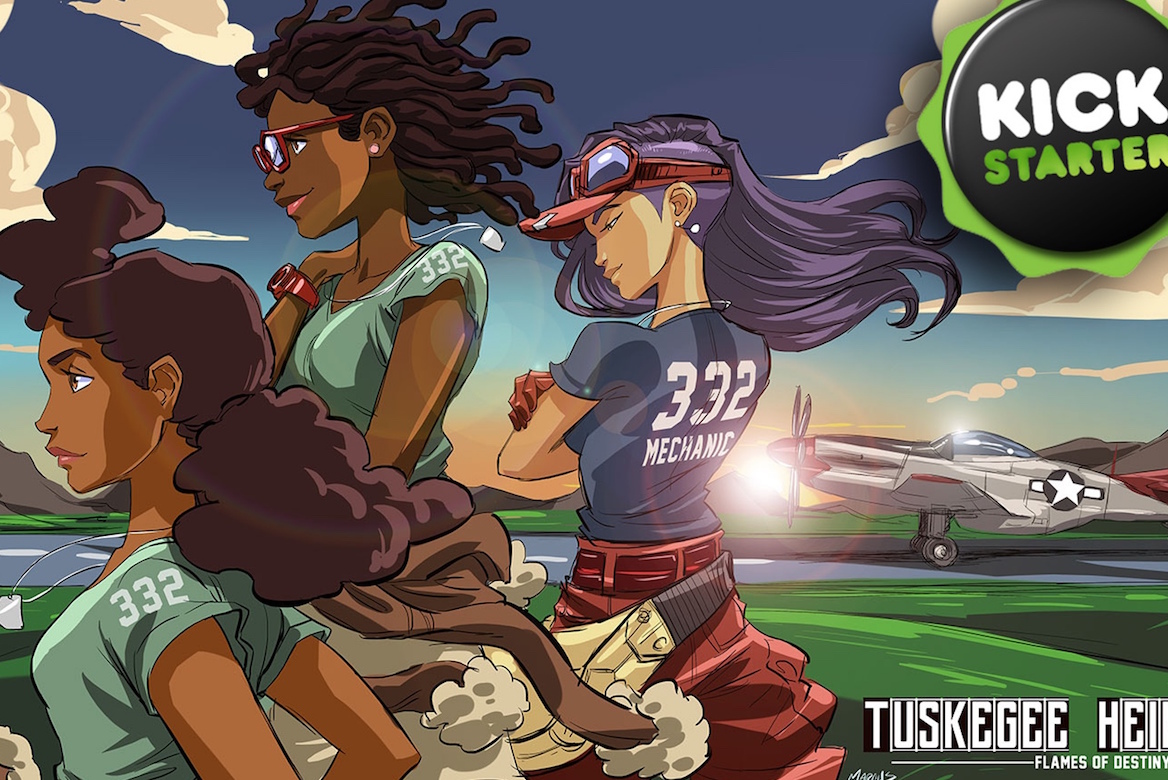 TUSKEGEE HEIRS From the minds of local Atlanta illustrator, Marcus Williams and children’s book author Greg Burnham comes the “Tuskegee Heirs: Flames of Destiny” comic series. Tuskegee Heirs is a futuristic sci-fi adventure that follows a squadron of young, gifted aviators, who are forced to become Earth’s last line of defense against a menacing race of artificially intelligent villains bent on destroying civilization. The duo looks to pay homage to the historic Tuskegee Airmen, while bringing forth a new set of character rich, young heroes. With a graphic novel set to release mid 2016, Marcus and Greg intend to push this project towards animation. MARCUS THE VISUAL.COM