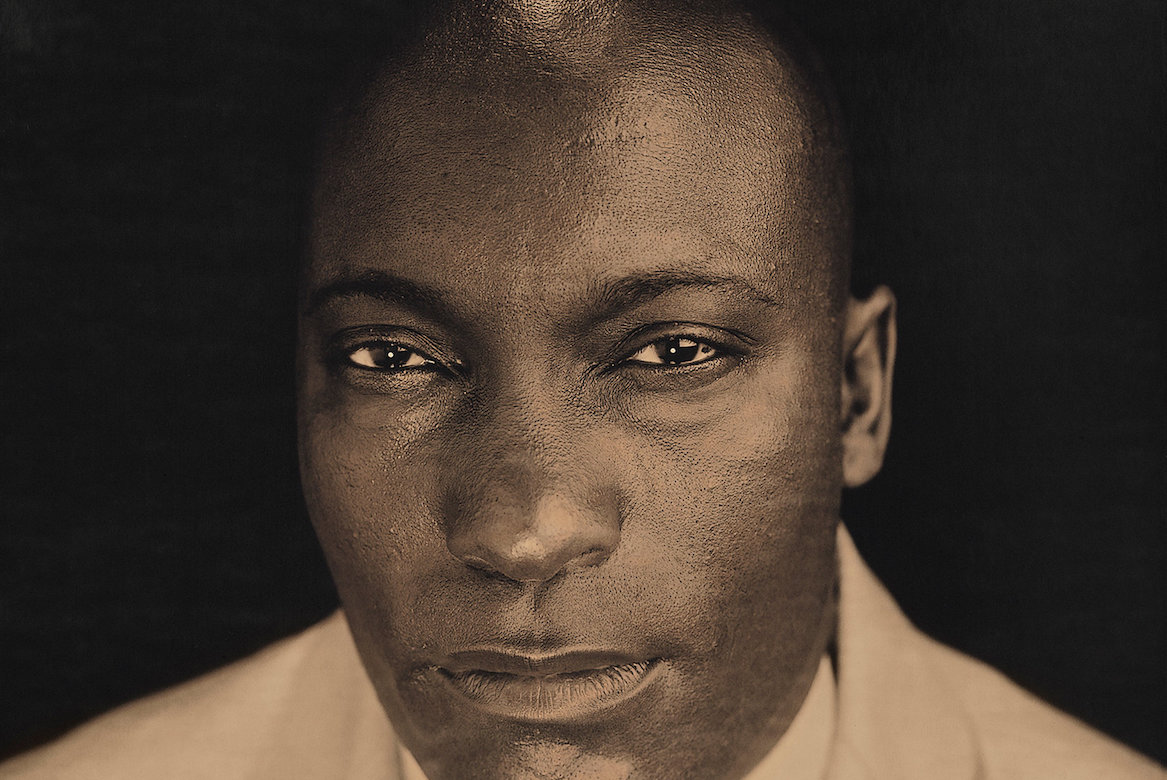 An African-American Mother, One of Many, Grappling with Her Son’s Violent Death

Sitting for a portrait by Lyle Ashton Harris was a daunting yet revelatory experience for Sarah Lewis as she waited, alone, in the cavernous Polaroid 20 by 24 studio in Manhattan. She delved past her “cosmetic self to her deeper self,” and through generations of the complicated relationship between photography and African-Americans. That history included some whites using it to perpetuate racist pseudo-scientific concepts as well as some blacks using it to control how they wanted to be seen.

Mr. Harris said little as she posed before the industrial-size camera while he exposed a few sheets of instant film. It seemed like a collaborative experience — a throwback to 19th-century attempts to capture “the essence of a person,” Ms. Lewis recalled.

“When I look at that image of me now I realize he captured something nascent in me that I did not know I would grow into — a steely-eyed clarity, a willfulness, tenacity and commitment,” she said. “I was very young. It was an image that showed where I was going.”

[/otw_shortcode_info_box][mashshare] MERGING ART+NEWS
FEATURED PHOTOGRAPHER
For more than two decades Lyle Ashton Harris has cultivated a diverse artistic practice ranging from photographic media, collage, installation and performance. His work explores intersections between the personal and the political, examining the impact of ethnicity, gender and desire on the contemporary social and cultural dynamic. Known for his self-portraits and use of pop culture icons (such as Billie Holiday and Michael Jackson), Harris teases the viewers’ perceptions and expectations, resignifying cultural cursors and recalibrating the familiar with the extraordinary.

His work has been exhibited internationally, including at the Whitney Museum of American Art, the Solomon R. Guggenheim Museum and the 52nd Venice Biennale. His work has been acquired by major international museums, most recently by the Museum of Modern Art in New York. His commissioned work has been featured in a wide range of publications, including The New York Times Magazine and the New Yorker. In 2014 Harris joined the board of trustees at the American Academy in Rome and was named the 10th recipient of the David C. Driskell Prize by the High Museum of Art in Atlanta. Born in New York City, Harris spent his formative years in Dar Es Salaam, Tanzania.
LYLE ASHTON HARRIS[/one_third_last] READ MORE THE NEW YORK TIMES

MERGING ART+NEWS
Lyle Ashton Harris is honored to announce his appointment as a Fellow of the John Simon Guggenheim Memorial Foundation in 2016, which was awarded to further the expansion of Harris’s Ektachrome Archive project.