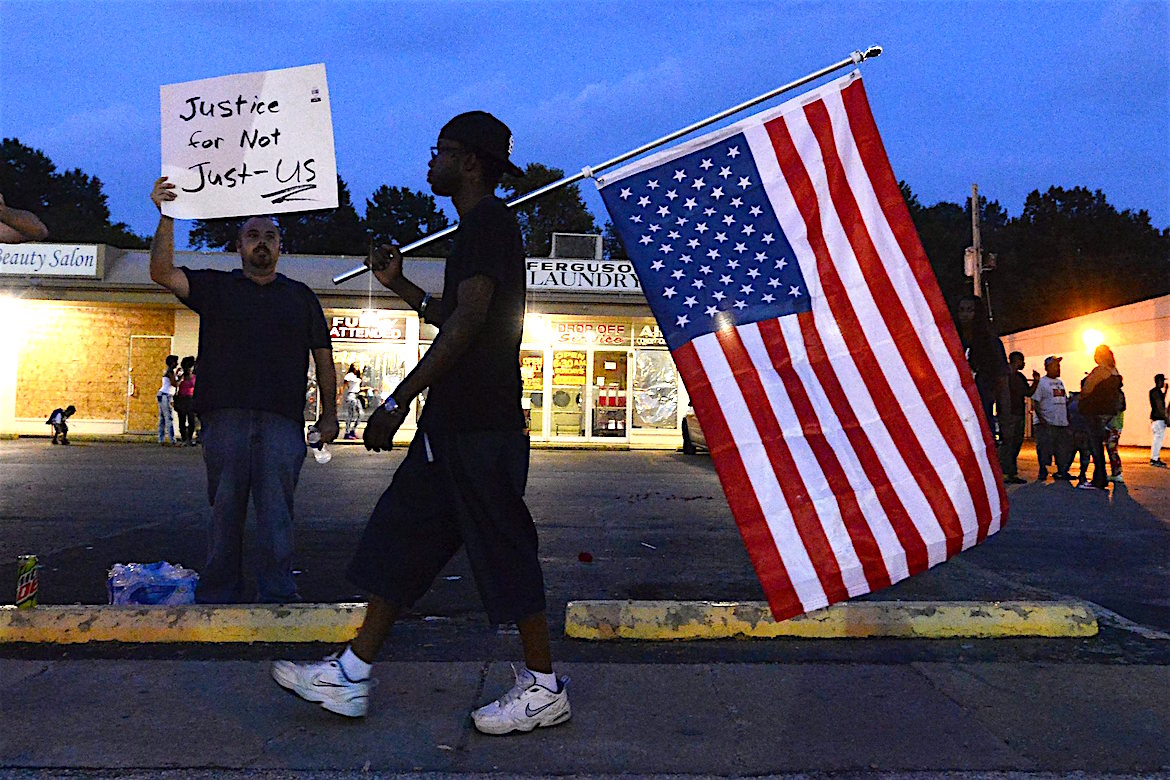 [two_third padding=”0 30px 0 0px”]FBI Director Claims the ‘Ferguson Effect’ and Black Lives Matter are to Blame for the Rise in Violent Crimes…Again
BY TANASIA KENNEY | ATLANTA BLACKSTAR Despite an overall drop in the number of violent crimes committed in the U.S., rates have surged in over 40 major cities across the nation. The spike in numbers are cause for concern, but FBI director James B. Comey thinks he knows what might be fueling the fire.

According to the The Washington Times, Comey asserted Wednesday that the increase in violent crimes can be attributed to police officers’ fears of being videotaped while confronting suspects. He told reporters that a “viral video effect” is resulting in less aggressive policing, which could very well be the cause of elevated murder rates.

“There’s a perception that police are less likely to do the marginal additional policing that suppresses crime — the getting out of your car at two in the morning and saying to a group of guys, ‘Hey, what are you doing here?’ ” Comey said.[/two_third][one_third_last padding=”0 0px 0 30px”]

SHOOTING OF MICHAEL BROWN
The shooting of Michael Brown occurred on August 9, 2014, in Ferguson, Missouri, a northern suburb of St. Louis. Brown, an 18-year-old black man, was fatally shot by Darren Wilson, 28, a white Ferguson police officer. The disputed circumstances of the shooting of the unarmed man sparked existing tensions in the predominantly black city, where protests and civil unrest erupted. The events received considerable attention in the U.S. and elsewhere, attracted protesters from outside the region, and generated a vigorous debate about the relationship between law enforcement and African Americans as well as created a national dialogue about police use of force doctrine in Missouri and nationwide. WIKIPEDIA