Gang Presence Is A Growing Threat In Luzerne County Prison

[two_third padding=”0 30px 0 0px”]These Black People Are Making A Political Statement By Not Voting In The 2016 Election
BY TERRELL JERMAINE STARR | FUSION Larry Fellows III didn’t vote in the Missouri primary and may skip the general election, too. He believes his government has failed him at every level—starting with his home community of St. Louis County, where a grand jury declined in 2014 to indict the police officer who shot and killed Michael Brown. 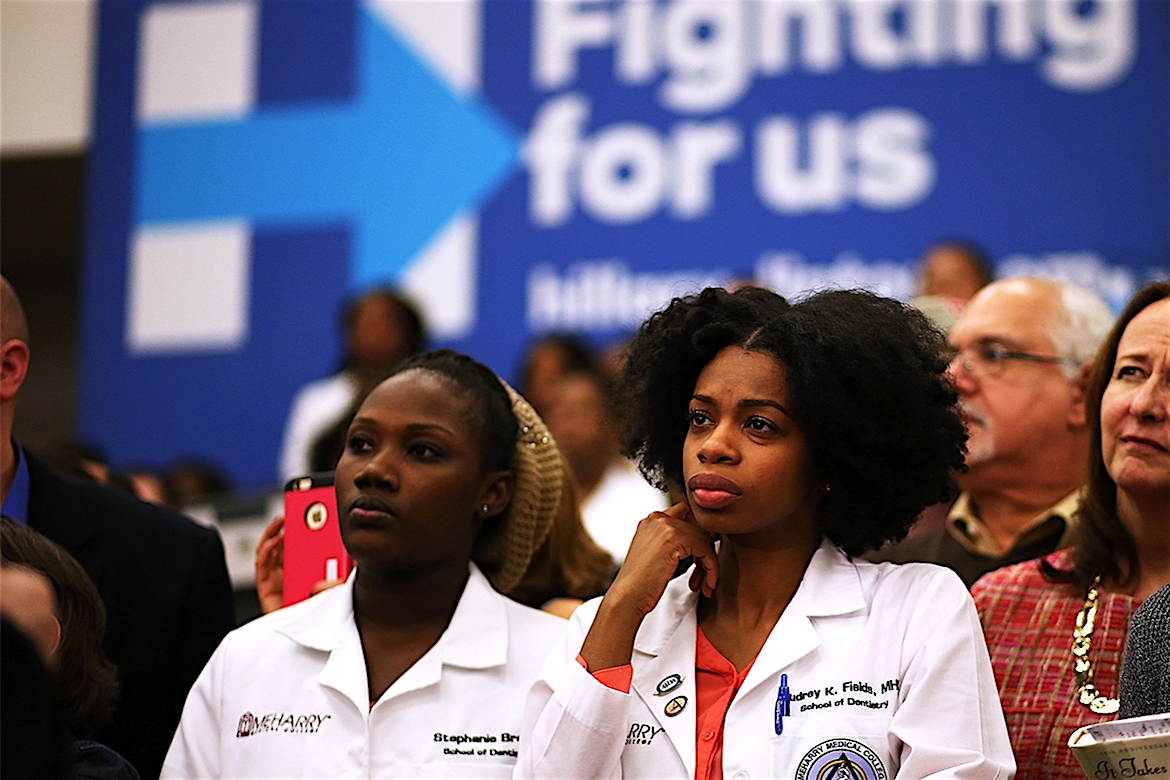 After his Twitter feed was inundated with images of Brown’s lifeless body lying in the street, Fellows was one of the first people to join the protests in Ferguson. He eventually quit his job, accumulating debt and even losing his apartment, to protest full-time. He hoped his activism would pressure local authorities into indicting the officer, Darren Wilson.

VOTING RIGHTS ACT OF 1965
The Voting Rights Act of 1965 is a landmark piece of federal legislation in the United States that prohibits racial discrimination in voting. It was signed into law by President Lyndon B. Johnson during the height of the Civil Rights Movement on August 6, 1965, and Congress later amended the Act five times to expand its protections. Designed to enforce the voting rights guaranteed by the Fourteenth and Fifteenth Amendments to the United States Constitution, the Act secured voting rights for racial minorities throughout the country, especially in the South. According to the U.S. Department of Justice, the Act is considered to be the most effective piece of civil rights legislation ever enacted in the country

The Act contains numerous provisions that regulate election administration. The Act’s “general provisions” provide nationwide protections for voting rights. Section 2 is a general provision that prohibits every state and local government from imposing any voting law that results in discrimination against racial or language minorities. Other general provisions specifically outlaw literacy tests and similar devices that were historically used to disenfranchise racial minorities. WIKIPEDIA[/one_third_last]