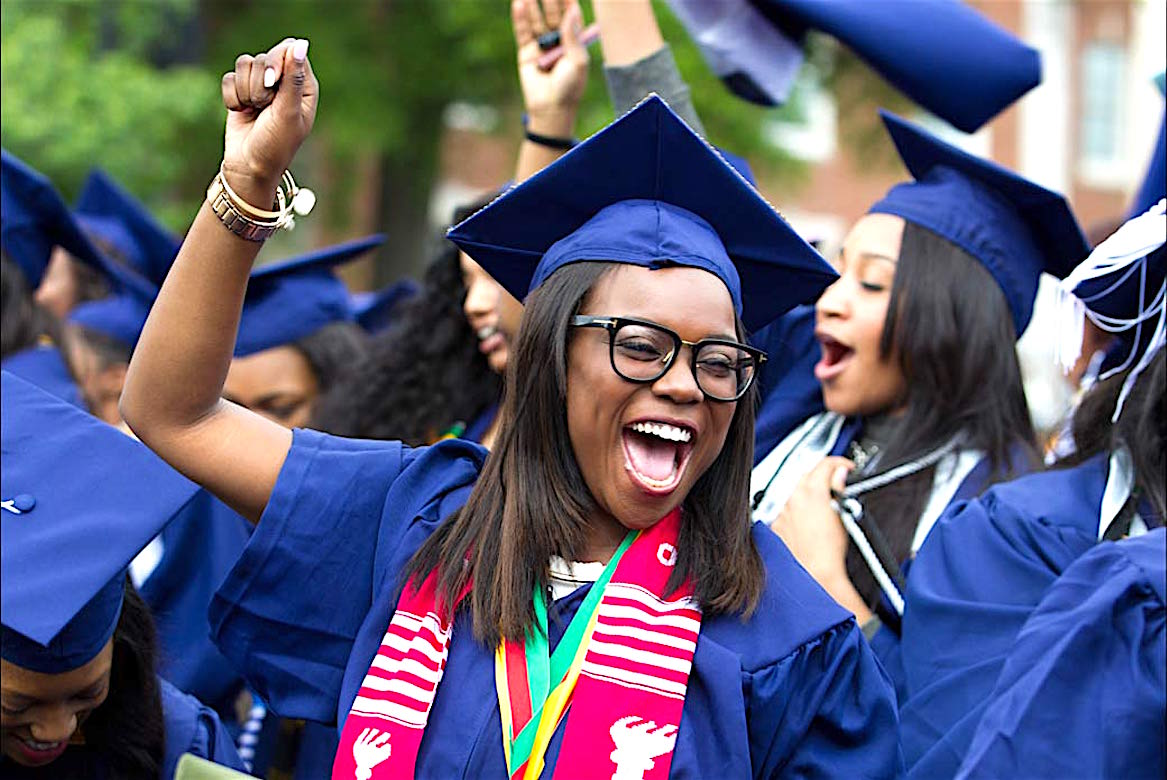 Seven Days, Three Speeches: One Week In The Life Of Having A Black President

In a Sunday interview with CNN‘s Fredricka Whitfield, Jefferson talks about how she turned down a Harvard scholarship to attend Howard University. Jefferson tells Whitfield that she always wanted to go to Howard, pledge a sorority, and that her family encourages “Black excellence.” Jefferson was raised by a single mom and had always excelled in academics. Her hard work garnered her the prestigious Gates Millennium Scholarship that pays for her education up to her doctorate’s program. Now, the Southfield, Michigan native wants to be like Thurgood Marshall, helping her community back home.

[/otw_shortcode_info_box][mashshare] HOWARD UNIVERSITY
Howard University (HU or simply Howard) is a federally chartered, private, coeducational, nonsectarian, historically black university (HBCU) in Washington, D.C. It is classified by the Carnegie Foundation as a research university with high research activity and is accredited by the Middle States Commission on Higher Education.

Howard is ranked among the nation’s top 150 colleges and second among HBCUs by U.S. News & World Report. Howard is the only HBCU ranked in the top 75 on the 2015 Bloomberg Businessweek college rankings. The Princeton Review ranked the school of business #1 in opportunities for minority students and in the top five for most competitive students.[7] The National Law Journal ranked the law school among the top 25 in the nation. In 2011, the Huffington Post named Howard the second best dressed college in the nation. WIKIPEDIA