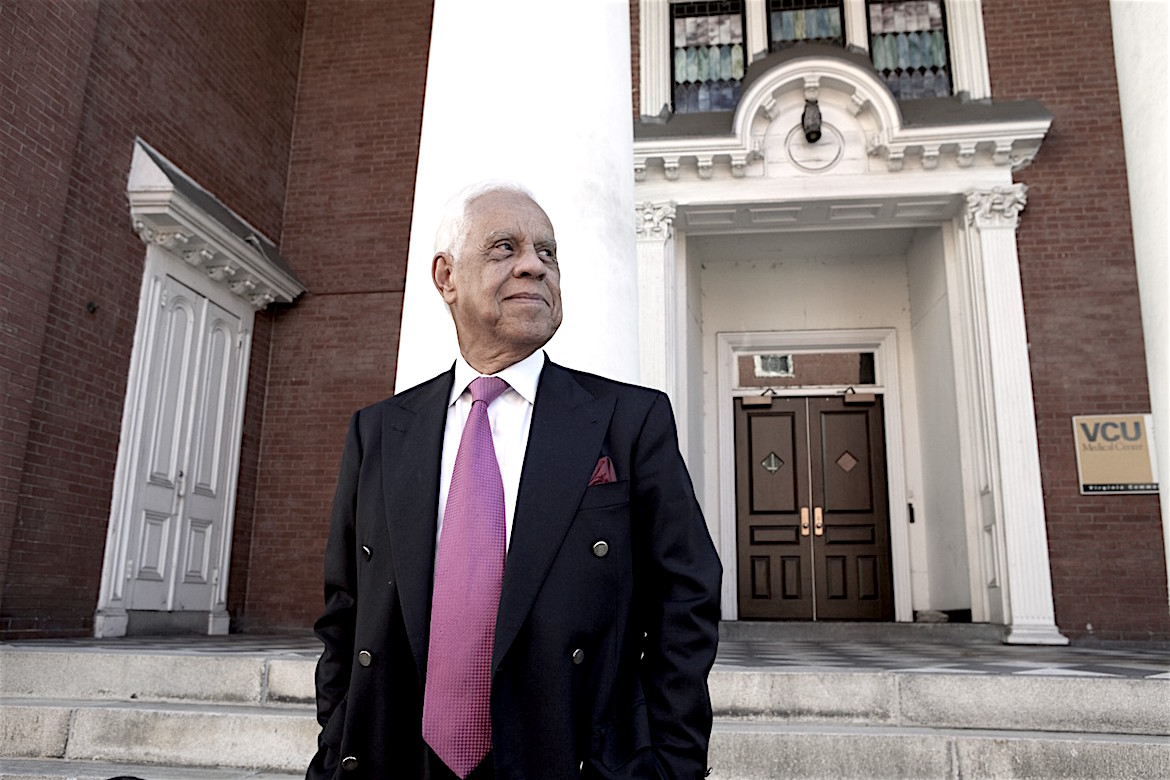 Over the span of L. Douglas Wilder’s life, Virginia has evolved from a bastion of Jim Crow,  to the first state to elect him its first Black Governor in 1993 and helped elect the nation’s first Black President 25 years later. Wilder’s witness to his state’s political changes are revealed in his  biography, “Son of Virginia” (Lyon Press, 2015)  and he shared some of it on April 15 as this year’s Guest Speaker at the 2016 Joseph N. Green, Jr. Lecture Series.

Wilder, who heads a Political Science Institute at VCU in Richmond, was the sixth guest speaker at the event at the historic Attucks Theater near downtown Norfolk.

L. Douglas Wilder is sworn in as the 66th Governor of Virginia during a ceremony outside the Capitol in Richmond Saturday January 13, 1990. Wilder became the first elected black Governor of the United States. Former Governor Gerald Baliles is at right. (AP Photo/Ken Bennett)[/caption]

Wilder said the history of politics in Virginia provides the model for the early political structure of the nation. “I am a son of Virginia,” he said.  “I am all that Virginia is … the good, the bad and the ugly. I was  born here, lived here all my life. Virginia has been part of everything which has taken place.”

“We were founded in Jamestown; the British surrendered in Yorktown; and (Confederate General Robert E.) Lee laid down arms in Appomattox,” said Wilder. “So why should we be surprised  that Virginia  would be the  first state to elect the first Black governor,” said Wilder, also the first state’s African-American lieutenant governor. Wilder admitted, that during the  days of racial segregation in Virginia,  he and  other African-American civic and political leaders would not  have been achieved  their success if it were not for Black lawyers, who worked at personal and professional peril during the 50s and 60s.