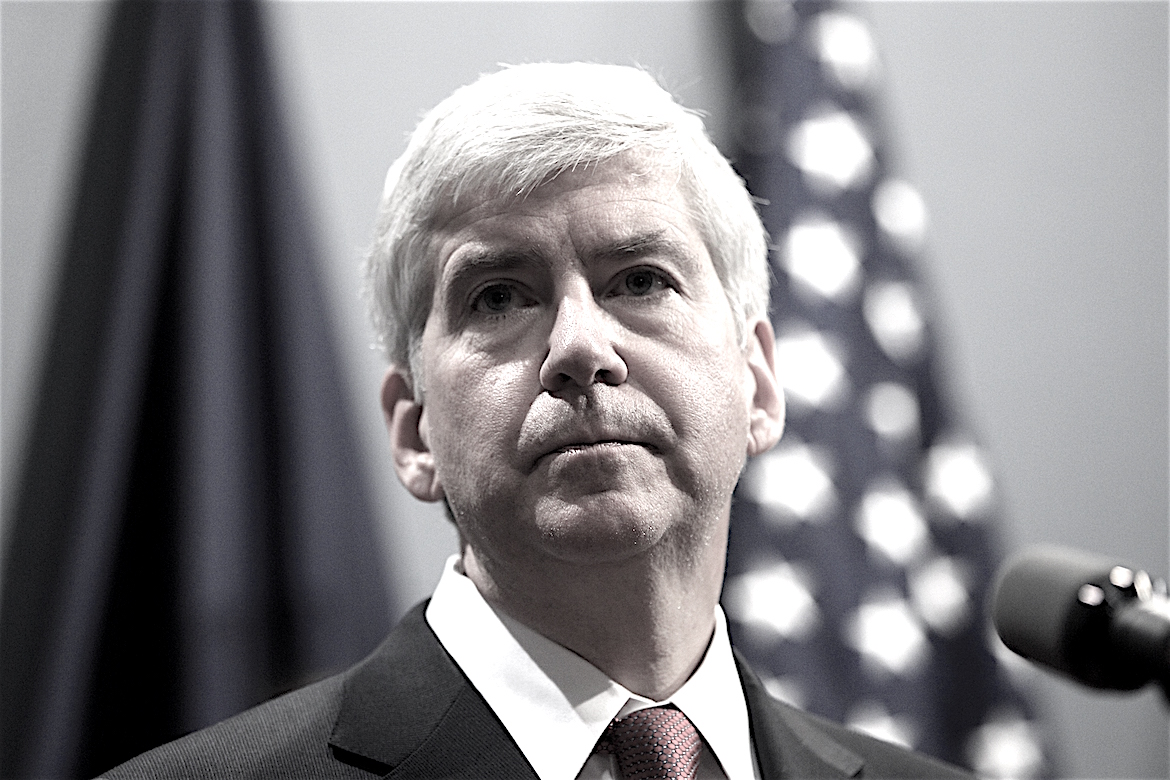 So Gov. Snyder says both he and his wife Sue will be drinking Flint tap water for the next 30 days to prove to residents that it is safe, according to a story that appeared this afternoon in the Detroit Free Press.

That’s good. No, seriously. After so many tone-deaf missteps, I have to say this move right here is not half bad. Seems to show the man is at least starting to get his (our) money out of those high-priced PR firms he hired.

But here’s the only thing that still kinda bugs me about this after reading the story.

Snyder’s actions Monday followed developments Friday, when the governor encouraged Flint residents to start using more filtered tap water instead of bottled water and was told by a state official that Flint residents wanted him to start drinking the tap water first.

“I completely understand why some Flint residents are hesitant to drink the water and I am hopeful I can alleviate some of the skepticism and mistrust by putting words to action,” Snyder said. “Flint residents made it clear that they would like to see me personally drink the water, so today I am fulfilling that request. And I will continue drinking Flint water at work and at home for at least 30 days.”

No media were present when Snyder visited the unidentified home in Flint, but Snyder said his office will be releasing photos of him drinking the tap water.