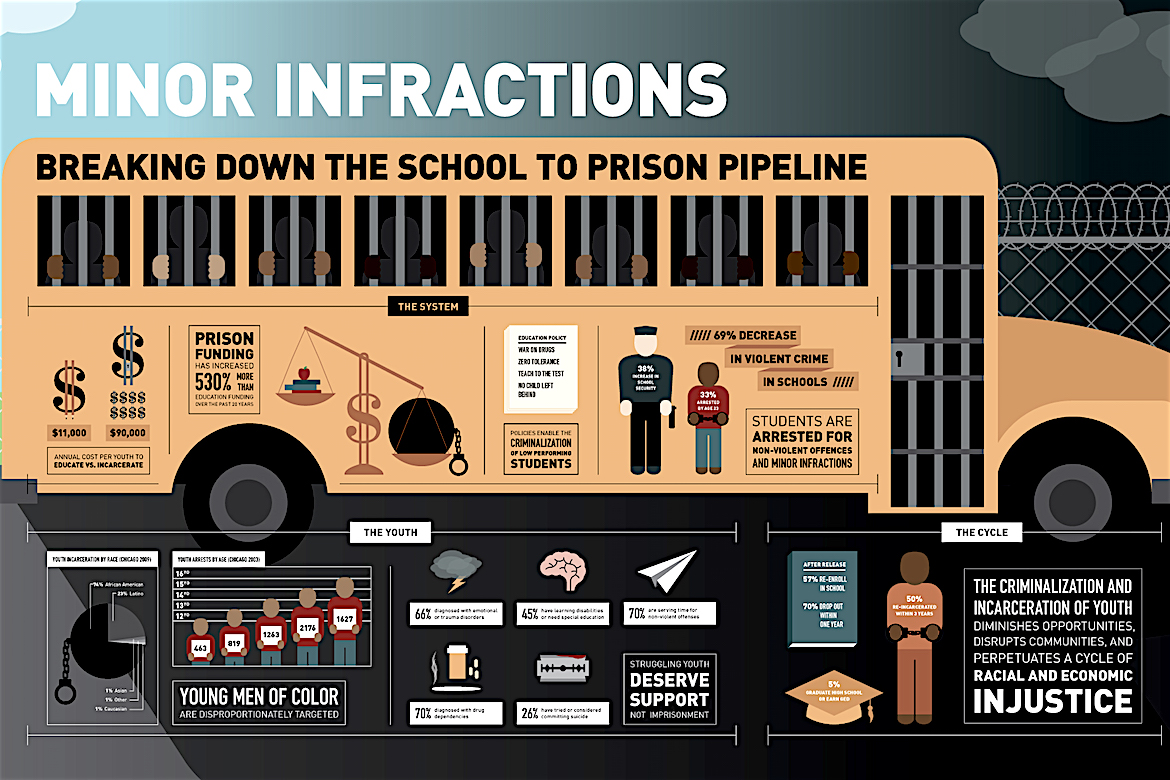 Black students and Black students with disabilities have the highest probability of being suspended or expelled from schools statewide.

Nearly one in six African-American students were suspended or expelled from school in 2009-2010 and nearly 22 out of every 100 Black students who had disabilities were suspended at least once, according to a report compiled by the American Civil Liberties Union of Pennsylvania.

Although the report, “Beyond Zero Tolerance: Discipline and Policing in Pennsylvania Public Schools,” was last updated in February 2015, it was written by ACLU of Pennsylvania Senior Policy Advocate Harold Jordan who speaks about the topic frequently, most recently on April 5 at Eastern State Penitentiary.

“What’s happened in the last 20 years is the removing of kids from school for a broad range of reasons,” Jordan said. “It’s been an explosion, and the numbers of kids who are removed from school are suspended for a wide range of reasons … and bringing it home to Pennsylvania, the kid who is most likely to be suspended is a Black male student with a disability.”

Jordan added, “At an alarming rate kids are being removed out of school by educators or the police.”
The type of racial bias happening in K-12 education has led to the “school-to-prison pipeline”

discussion. The school-to-prison pipeline refers to policies that encourage police presence in schools and use tactics that usually result in suspensions. That, combined with zero tolerance policies, which are predetermined punishments no matter the behavior, have led to more students being suspended, expelled and out of class.