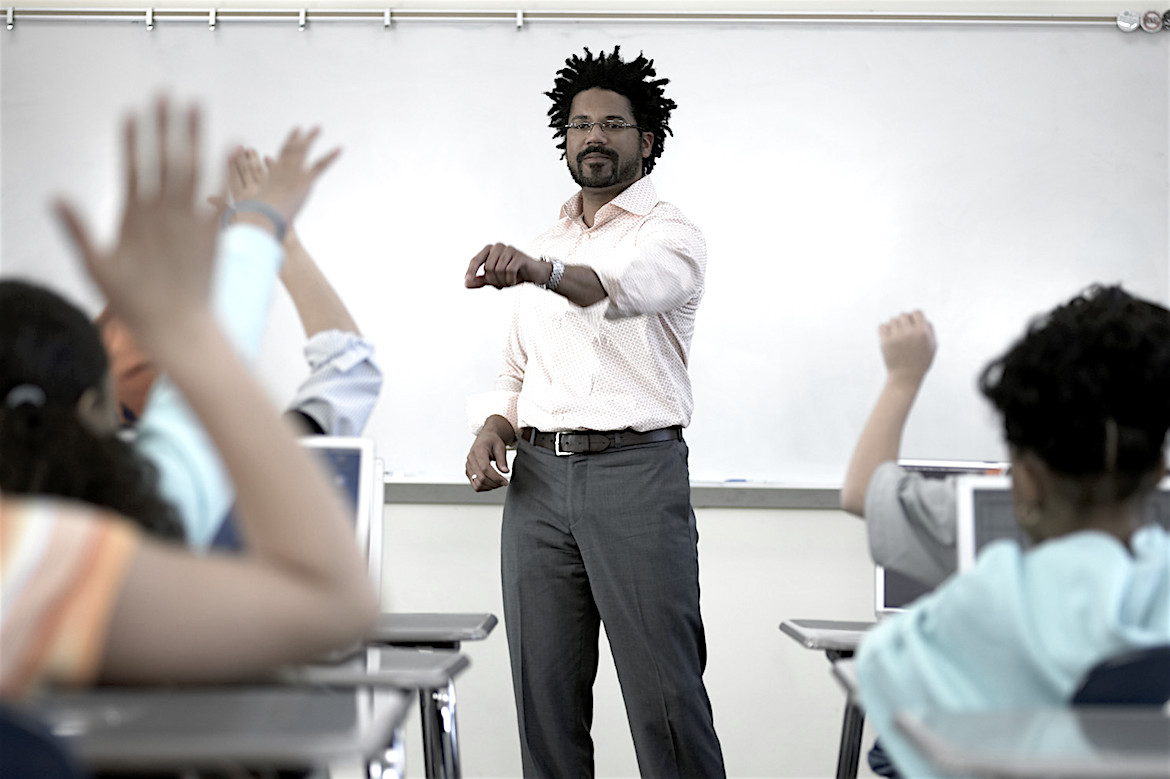 Racial Bias and the School-to-Prison Pipeline

Philly.com reports (http://bit.ly/1Mre4OF) a district spokesman said Monday that there are 139 vacancies throughout the district. That’s about 1.6 percent of its 8,400 teaching positions.

The unfilled positions have left thousands of students being taught by long-term substitute teachers. The district says it’s offering summer classes to students who didn’t have a regular teacher for more than one-third of the year.

The district announced in March that it plans to hire 800 more teachers in time for the next school year. Spokesman Fernando Gallard says 500 teachers have been hired since the start of the academic year.