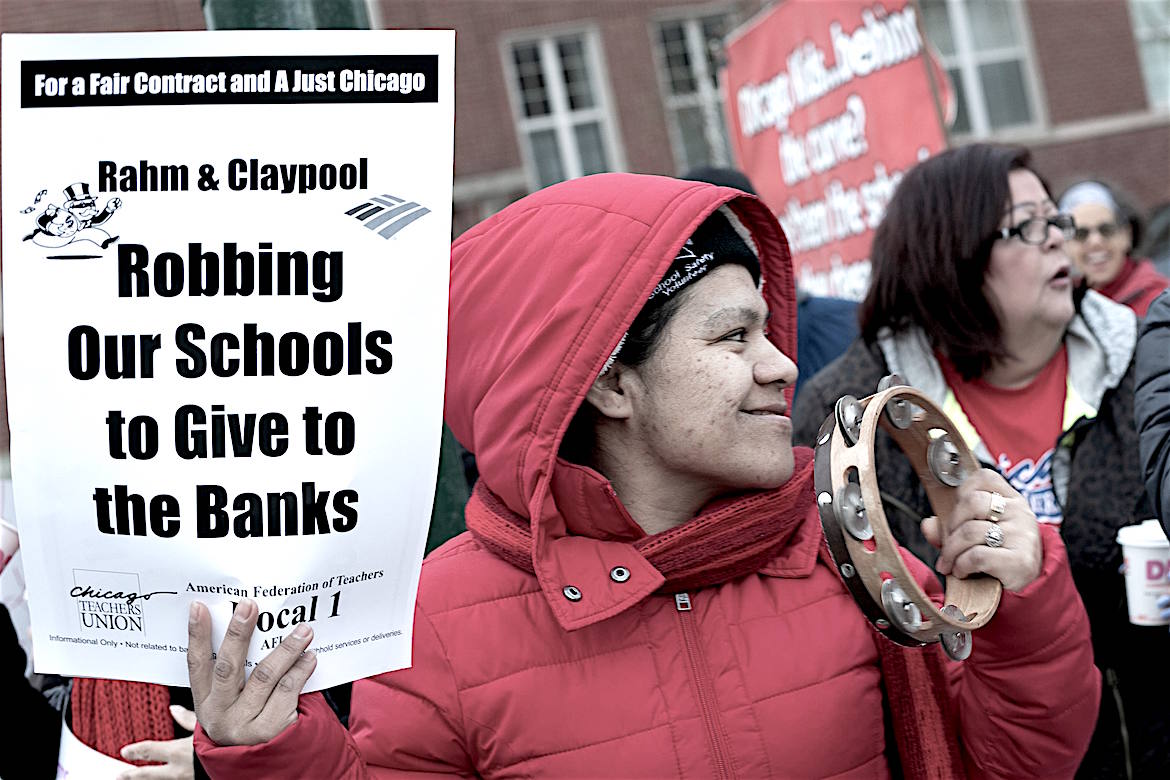 An overwhelming display of organizational manpower was in effect around the city on Friday, April 1 when the Chicago Teachers Union (CTU) executed a one-day strike that began with the union addressing its concerns about ongoing contract talks with Chicago Public Schools CEO Forrest Claypool.

Many other groups affected by labor negotiations and the Illinois budget stalemate and cuts chimed in with support on what CTU called “A Day of Action.”

Republican Illinois Gov. Bruce Rauner has made it his priority to break down unions, pushing “right to work” zones and trying to limit the negotiating power of union members. This has caused high tension between the governor and the Illinois Speaker of the House, Democratic leader Mike Madigan and created the budget stalemate.

The budget stare down has drastically affected Chicago public schools and caused much consternation for Mayor Rahm Emanuel.