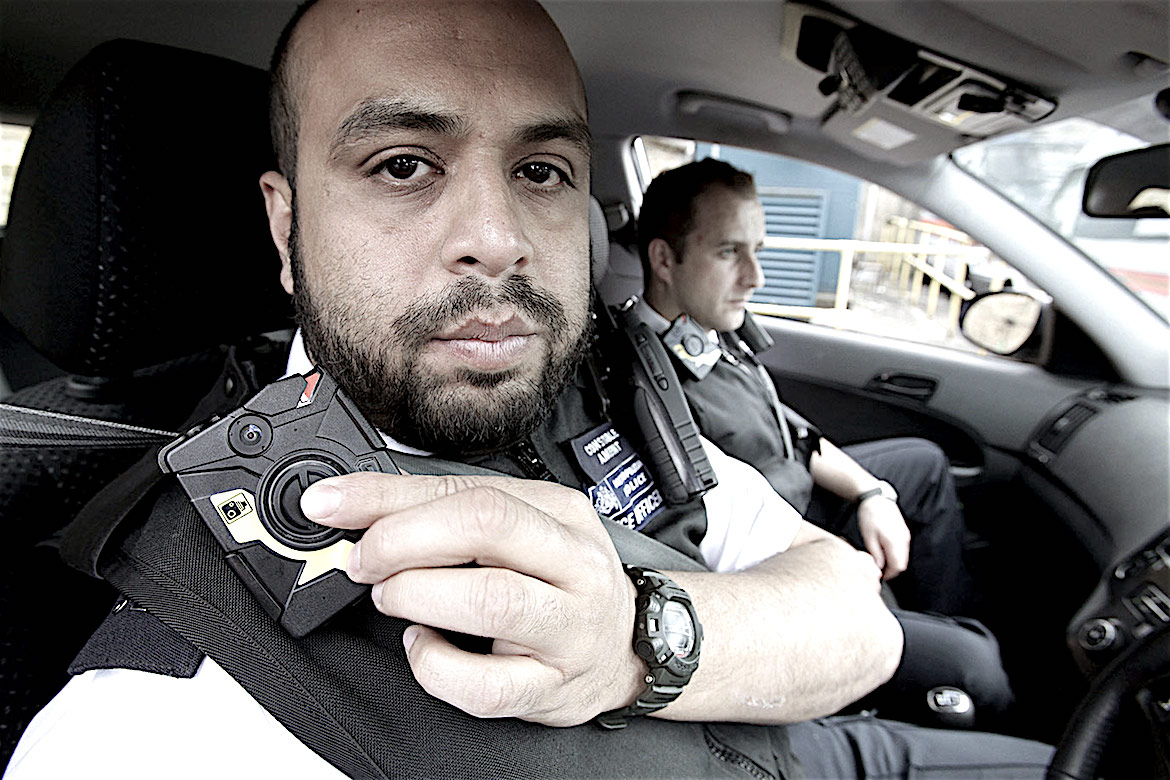 The chance for broad community feedback on the Boston Police Department’s upcoming body camera pilot program may finally arrive, with three public meetings scheduled for late April. Community engagement has been long sought by members of the Boston Police Camera Action Team, an organization that formed to advocate for body cameras and policies governing their use.

Last August, BPCAT presented a proposed camera usage policy to the city council. The policy was developed in partnership with groups such as the American Civil Liberties Union, and BPCAT members say it received widespread community approval. The BPD has not taken up BPCAT’s policy, but rather, since announcing intentions for a pilot program last September, has been developing its own internally. Bringing voices from outside the police force into this process is a Social Justice Task Force. The task force comprises six police command staff members and 17 non-police volunteers selected from community, civil rights, academic, health and faith-based organizations, said Lt. Detective Mike McCarthy, director of media relations for the BPD.

In early March, City Councilor Tito Jackson amplified the request for wider public involvement by calling for a hearing on BPD’s pilot program. The matter was sent to the Committee on Public Safety & Criminal Justice, chaired by Councilor Andrea Campbell.