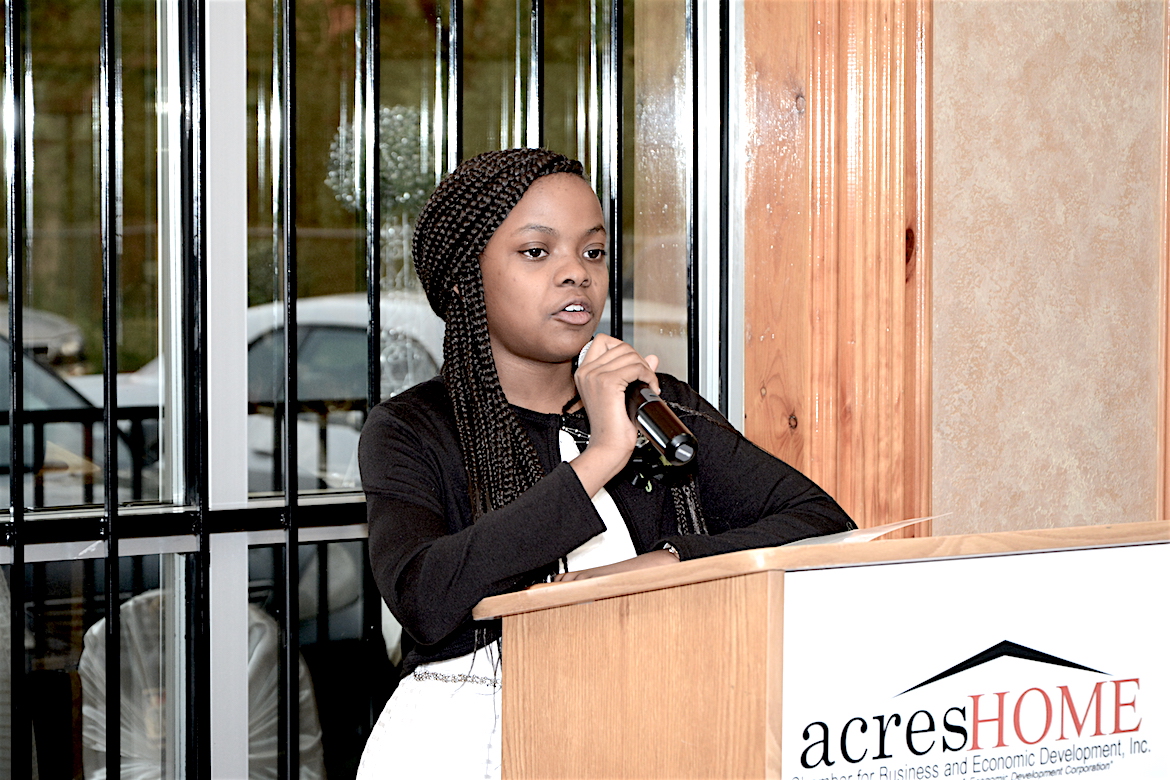 Good afternoon ladies and gentlemen. My name is Aaliyah Ashley Jones and I am 11 years old. I am currently a sixth grader at Houston Academy. Not too far from Garden City (Mayor Sylvester Turner’s childhood neighborhood). I also serve as the President of National Elementary Honor Society at my school. And so far as my later career I would like to enter law or meteorology at Texas A&M. Before I start, I just want to say that is an honor to stand here in a room with such inspiring, strong people. But I have to say, the most honorable of them all are my parents, Linda Ford and Michael Ford. Please stand. These two are the best! And last but not least, I want to thank Mr. and Mrs. Malonson for inviting me and seeing something special in me. But now let’s get to our discussion:

Like you guys most likely already know, it has gotten harder for us kids to succeed. That is why we need someone that we can trust, a TRUE friend, but not one that will get you in trouble because they’re just big black walls. We need check-ups. Not for the doctors, no, from leaders. Do you know how much better it would be if we wouldn’t have 1 hour to talk to a leader and then… ABA-CA-DA-BRA! OMG! My life has totally changed. No, we need someone who will take the time out to listen to us. Someone who we can go to for problems and who will be willing to be there. Someone who won’t judge us. We need education of course. But what’s education when you are not listening. For instance there is this person at my school named Blank – Blank Blankity Blank and he goes right along with the statistics about boys in lower – income communities. Fights? He’s in them. The Books? He’s destroying them. Teachers? He’s belittling them. But do you know the one thing that he gravitates to? His only vacation from his troubled life? Music, to be more specific, singing.