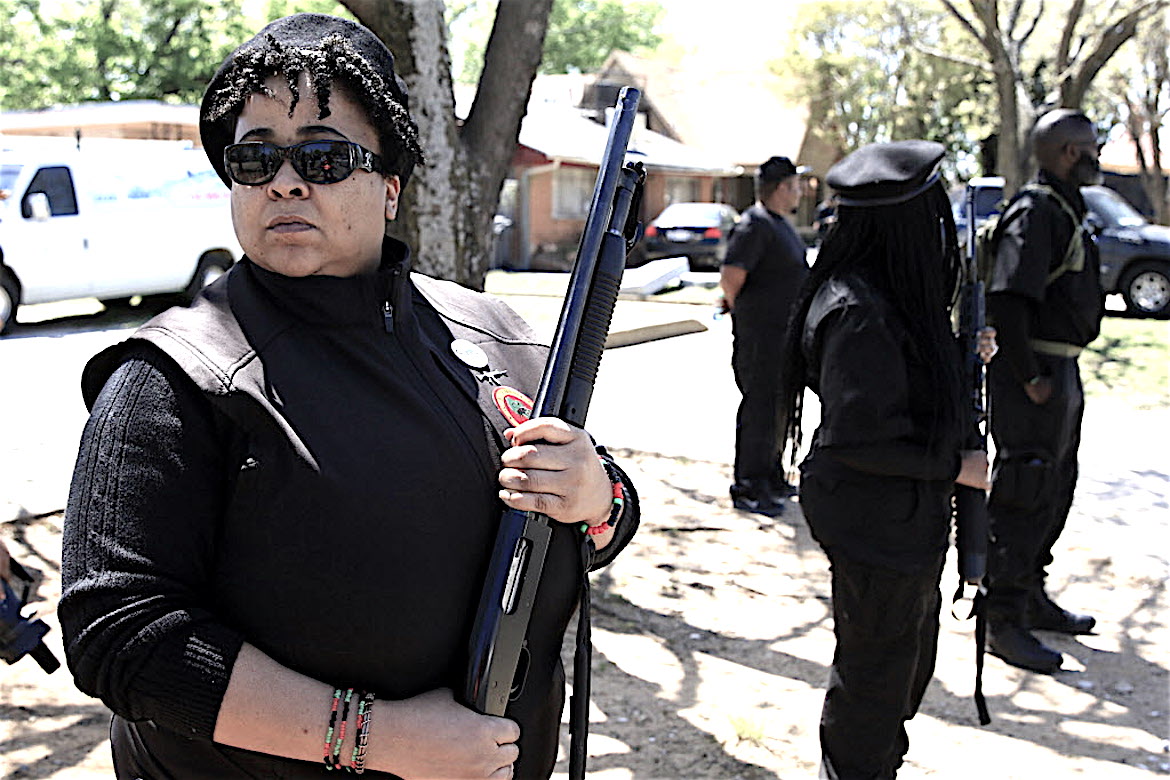 A much anticipated battle occurred in South Dallas, Texas this past Saturday as the predominantly White group The Bureau of American Islamic Relations (BAIR) planned to protest a local Nation of Islam Mosque for “promoting violence against Americans openly and publicly.” A Facebook post by BAIR explains the questionable catalyst to their protest. The alluded to communication read as follows:

We cannot stand by while all these different Anti American, Arab radical Islamists team up with Nation of Islam/Black Panthers and White anti American Anarchist groups, joining together in the goal of destroying our Country and killing innocent people to gain Dominance through fear!”

To the chagrin of armed BAIR members, a contingent of The New Black Panther Party and the Huey P. Newton Gun Club not only armed themselves, but also assembled outside of the Mosque and prepared to do battle regarding the planned protest.