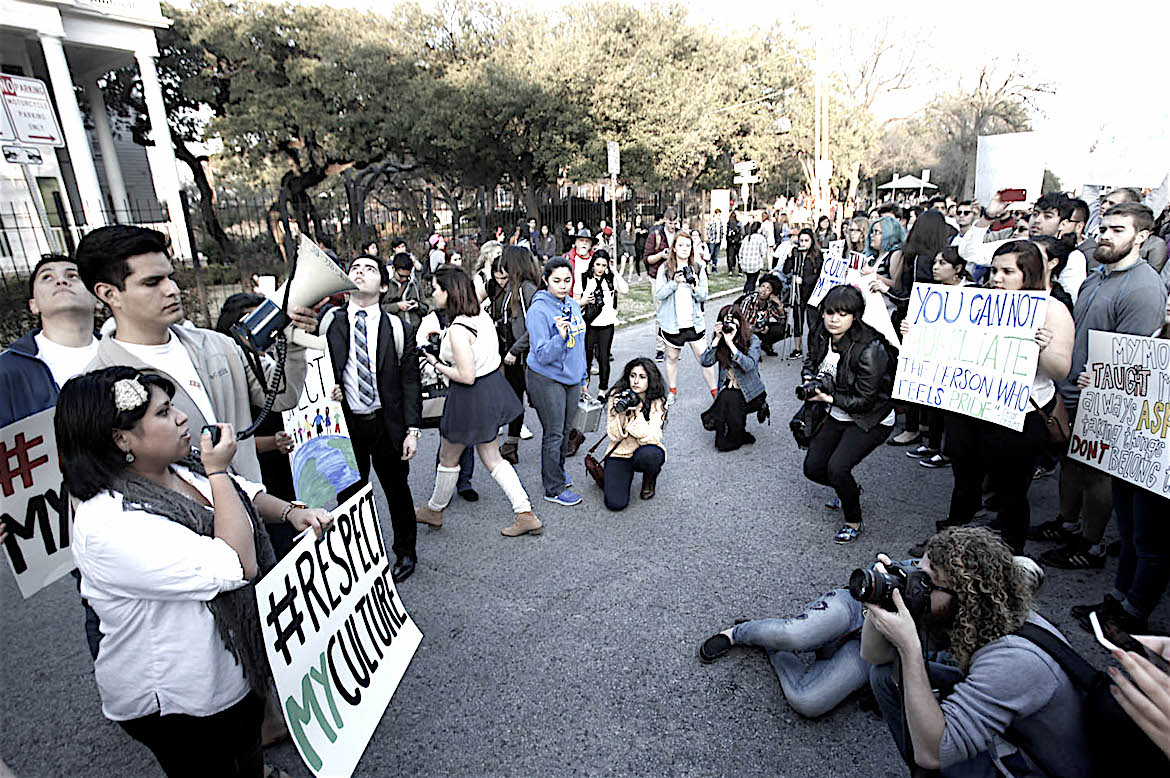 In a very interesting, yet certainly applaud able, move for a University President, University of Texas President Greg Fenves is pressing his University community to expedite their investigation into an alleged racial incident that occurred during this past Black History Month.

According to the allegation issued by University of Texas study Cody Davis, an African-American, Tucker Sauer (21), a fellow student at University of Texas, and Lucas Walker Henderson (20) threw several bottles at him and hurled racial epithets such as “Fuck you, Nigger” when their paths crossed in a West Campus area near the Austin campus. The two defendants face a maximum ten-year prison sentence if convicted of what Prosecutors are terming a third-degree felony.

Cody Davis, the victim in this unfortunate incident related to The Daily Texan that “I did nothing to provoke these gentlemen. I just literally walked out, and the first thing they saw was my skin color. And that provoked them to act in that way.

Thirty-five days later, and the process is still going on. Our university, that I love, that I’m about to graduate from, is telling me it’s going to take up to 75 days — at the most — for them to be able to do something.”