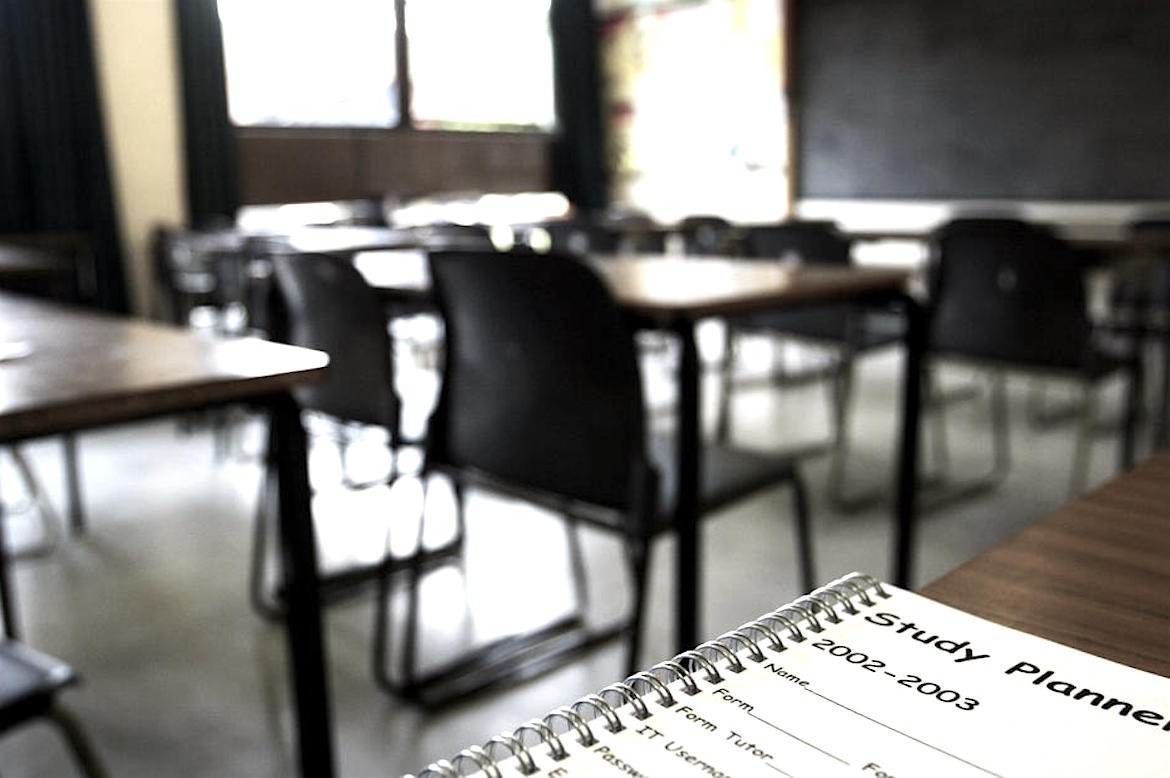 EDITORIAL
Now that the emergency funding package has been approved and Detroit Public Schools are no longer in danger of coming to a grinding halt next week, the real fight is back on center stage; the fight over local control.

After all these years under emergency management, which by pretty much any measure you’d care to name has been a dismal failure, the argument against returning DPS to local control has become painfully thin, kind of like watching a schoolyard bully shrink and wither right before your eyes like a pinpricked balloon. While it’s true that DPS has had its share of embarrassing missteps and outright screw-ups over the years – something which some of the more adamant local control advocates prefer not to bring up – the glaring fact remains that the purpose of emergency management was to be the New Sheriff In Town. Everything was supposed to work better under the smooth, wise, guiding hand of an emergency manager charting a safe course through troubled waters toward more fiscally sound shores.
Or something like that.

The point being, this did not happen. Not even close. Because if it had, then obviously DPS would not have required this emergency bailout that just happened. Nor would DPS require more than $700 million over the next 10 years – according to Gov. Rick Snyder’s proposal – just to point itself in the right direction. It might even be fair to say that if emergency management had provided the whopping success that was promised, then DPS would not have bled out 115,000 students since 2000, down from 162,000 then to 47,000 today. Not exactly a sign of confidence from the people.

And just to back up for a minute, when I say ‘all these years’ under emergency management, I’m going back to 1999 – April 10, 1999 to be exact – when Gov. John Engler signed Public Act 10 abolishing the elected school board and replacing it with a board appointed by himself and the mayor. Robert Bobb became the first actual DPS emergency manager in 2009 after Gov. Granholm invoked Public Act 72 the previous year to declare a financial emergency for DPS, but the erasure of local control began a full decade prior. It’s rather interesting to note, by the way, that DPS had a $93 million surplus in 1999 when Engler took over.
But despite how clear it is that DPS is now flailing, that massive amounts of funding will be required to restore the schools back to a level of functionality somewhere above barely, that the four previous emergency managers and two governors all share significant responsibility for where DPS is right now (this beefed-up emergency management on steroids legislation that got pushed through in 2011 was Gov. Snyder’s conconction) Lansing still can’t see its way clear to put the hands of Detroiters back on the steering wheel.

More specifically, it is mostly the members of the House in Lansing who continue to insist not only that a continuing level of supervision and monitoring be maintained, despite the overwhelming failure of that approach thus far, but that Detroit should not even be allowed to elect its own school board again until at least another five years. The Senate, to its credit, is pushing more reasonable legislation that would at least permit school board elections by this fall. Whether or not the Senate and the House can somehow reconcile their two versions into something that at least vaguely resembles a workable solution remains to be seen.

But what is really strange about much of this discussion about how soon and whether or not Detroiters should be allowed to vote for their own school board members, is the fact that Detroit already has its own elected school board. Actually, they have been there for quite some time, referring to themselves as the school board “in exile”, largely because they have been totally shoved to the side and ignored due to emergency management.

What’s strange about this is the fact that, despite their continued existence, virtually no one speaks of them out loud. It is as if the school board is some mysteriously threatening body, They Who Shall Not Be Named. About the only time they have been referred to publicly in recent months was when Gov. Snyder put forth his new plan for DPS, which would split the district in half – and place the currently elected school board over the half with no students, the half that would only function to help pay off the debt. Originally Gov. Snyder also believed that Detroiters shouldn’t be allowed to elect their own school board until 2021, but he has since somewhat softened his position, appearing more open to the idea (and to the reality that Detroiters aren’t backing down) that in order to get any buy-in from Detroit then elections will have to happen sooner rather than later.

But even in the Senate package of school reform bills, there is still the provision that would not only shove currently elected school board members out of their role of having anything to do with the education of Detroit children, but would also prevent any of them from running for the open school board seats should an election take place in the fall. So not only was the school board stripped of its powers and denied any participation in governance by emergency management – even after the people of Michigan had voted in 2012 to do away with emergency management (Detroit overwhelmingly so at more than 80 percent registering opposition to emergency management) – but now that the failure of emergency management to rectify DPS is on plain display for all to see, they continue to be punished, apparently for not being a willing participant in a failed system.

This is particularly galling since all four at-large board seats became open in 2014, and three of those four seats were filled by incumbents LaMar Lemmons, Reverend David Murray, and Ida Carol Short. Fellow incumbent Jonathan Kinloch did not run, so Patricia Johnson Singleton won the seat.
In other words, the people of Detroit already voted for their choices for school board in 2014.
That being said, members of the currently elected board will probably be upset with me for saying this, but I’m not altogether opposed to the idea of an open election in the fall rather than automatically reinstating them to their positions. I say this only because after having been effectively shut out of the operation for so long, simply putting them back in power at this late date – even if that power was stripped away wrongfully – might not be what’s best. But to deny them the opportunity to compete once again for those seats, to simply shut them out of any future consideration even after having won their respective elections fair and square, is just plain wrong. The people of Detroit voted for them. It’s time to let the people decide once again who they want looking after the interests of their children, and restricting voters’ choices to a pre-approved list of contestants is to rig the game before it even starts.