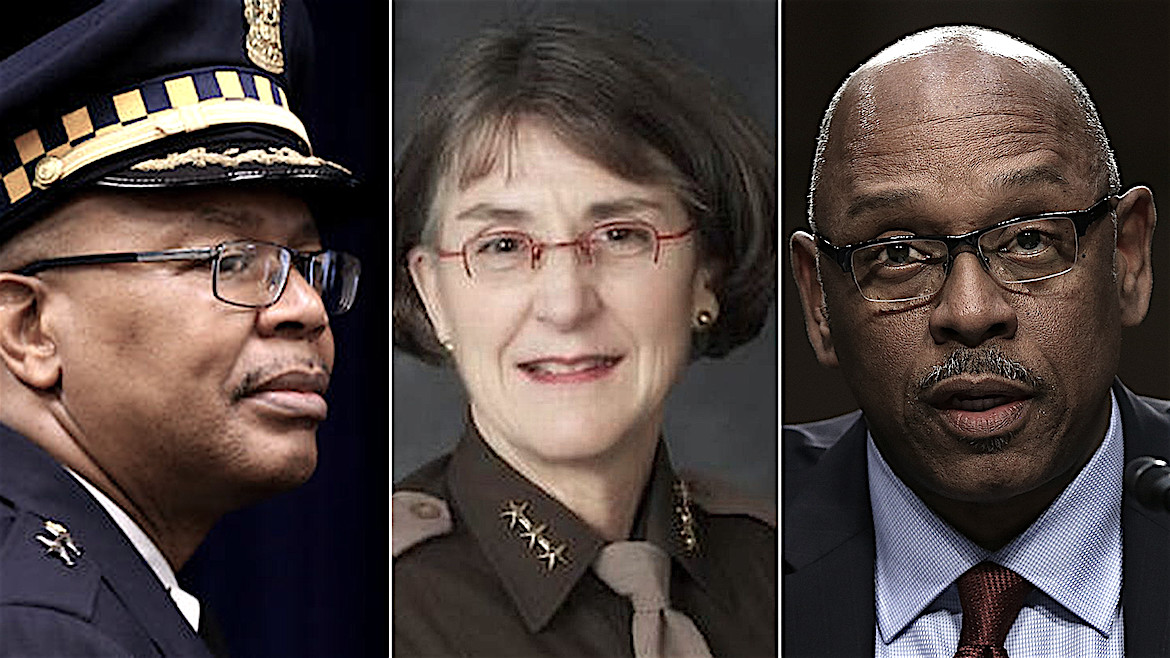 MomsRising.org Calls Out Media Outlets For Trump Over Exposure

Who shall it be? The Community Accountability Council (CAC) thinks it should be someone entirely different than the current Police Accountability Task Force (PATF) nominees, which includes two Black men and a white woman. CAC, which held a press conference at city hall this past Monday thinks the top cop position should go to someone entirely different. One of the group’s outspoken leaders, Douglass Bevel, believes the appointment should go to an insider that should be familiar with Chicago Police and its culture of corruption. The individual should also have a tried and tested, track record of pushing for reforms.

This individual, according to a press release by the group, should be Joe Shaw, a 25-year veteran of the Chicago Police Department. “Joe Shaw has the respect and trust of his fellow officers.” “…He stood up to the police union when the union wanted to support commander [Jon] Burge. A deranged, racist maniac who tortured [and imprisoned] hundreds of black men into false confessions. Joe Shaw is on record for standing up against a union [Fraternal Order of Police] that has been a thorn in the side of this city and honest police officers for decades,” Bevels said in the press release.

The members of the Latino Caucus feels as though it should be the current interim Superintendent, John Escalante. Although Escalante applied for the permanent position, he didn’t make it to the short list of recommendations to Mayor Emanuel. Twelfth Ward Alderman, George Cardenas, referred to the short list as “insulting and disrespectful,” according to DNA Info.

Meanwhile, the Black Caucus has thrown its support behind Eugene Williams, a 36-year veteran of the Chicago Police Department. Williams is favored among the Black Caucus because he’s a commander and appears to be a loyalist.

Bevels stated that unlike Joe Shaw who has a record of going against the status quo, he couldn’t find any information about Commander Williams that could demonstrate how he would possible reform the system. “Joe Shaw sued the FOP and the City of Chicago, preventing them from using public tax dollars to defend Jon Burge in the 90’s. Joe was also instrumental in instituting the CAPS neighborhood meetings alongside Commander Ramsey who just served as consultant to the city regarding police reforms,” he said.

The Chicago Defender first wrote about the viable candidate Joe Shaw back on February 17, 2016.  See the story here:
http://chicagodefender.com/2016/02/17/is-police-accountability-possible/

So who will it be? Alexander, Escalante, Kilpatrick, Shaw, Williams or Other. The Mayor will be making a decision soon. Stay tuned…