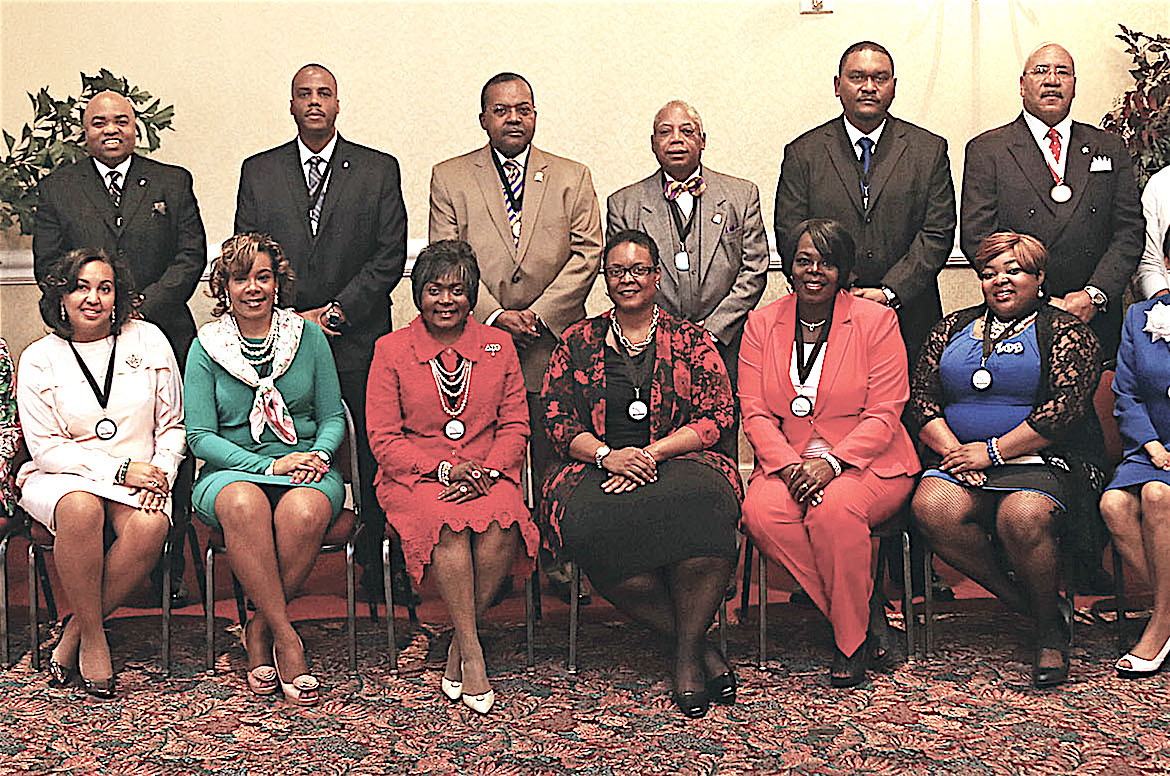 PORTSMOUTH
The South Hampton Roads Pan-Hellenic Council – SHARPC – recognized the performance of members and community leaders at a banquet held on March 19 at the Edmonds Center in Portsmouth. More than 270 supporters gathered to honor selected members of the nine historically Black Greek letter organizations.

Rev. Dr. Keith I. Jones served as master of ceremonies. The Norfolk State University alumnus is pastor of the historic Shiloh Baptist Church in Norfolk. The Norfolk native and community activist is a retired Army chaplain and a member of Alpha Phi Alpha Fraternity.

SHARPC presented its 2016 Community Service Award to James W. Washington for long-time involvement with the Boy Scouts of America. He was previously recognized as one of the top Scoutmasters in the United States.

SHARPC presented its Divine Nine Award for community service by a Black Greek to Donnell Parham. This member of Phi Beta Sigma Fraternity was recognized for supporting members of his organization, mentoring, community activism and providing financial support for many NSU students over the years.
A SHARPC scholarship and book award was presented to Audrey Thames. She is a member of Zeta Phi Beta Sorority and will be graduating senior from Virginian Wesleyan. In the fall, she will be attending the Savannah College of Art and Design on a Merit Scholarship.