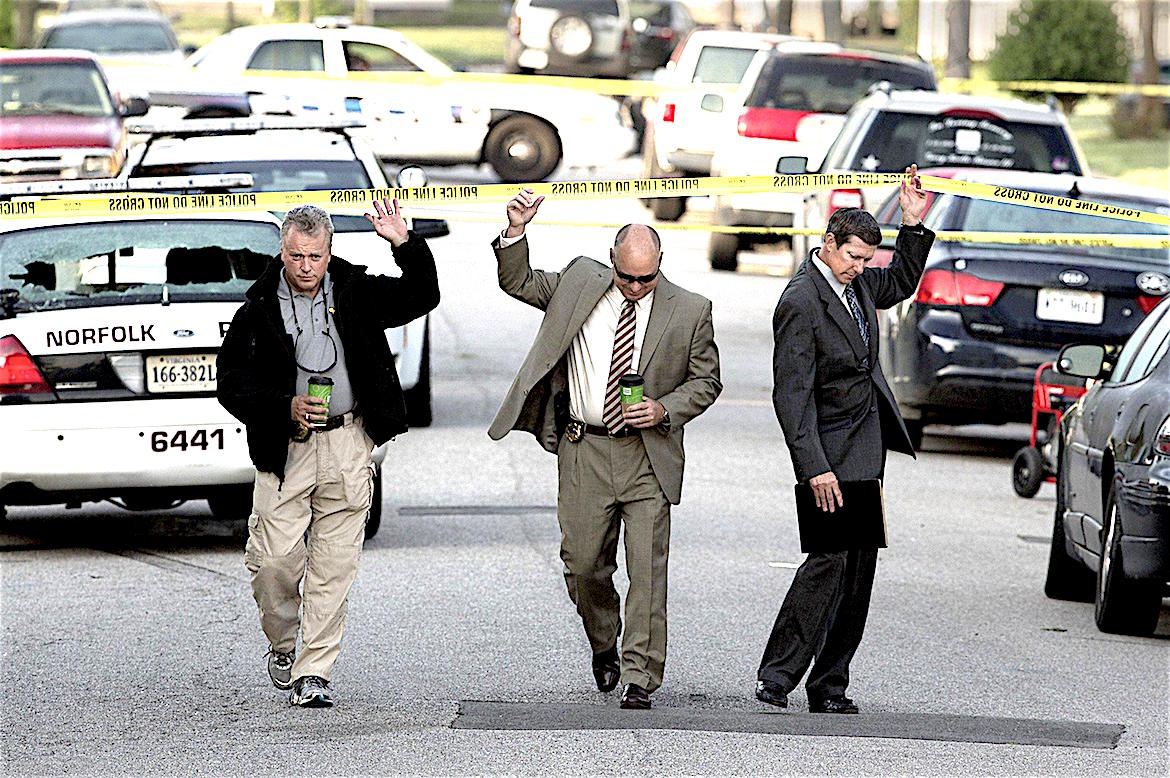 The Norfolk Branch and the  State Conference of the NAACP are launching an investigation into  incidents where Norfolk police officers  have shot and killed two citizens in the past two weeks.

According to Joe Dillard, the President of the Norfolk Branch of the NAACP,  the civil rights group’s “independent Investigation” is a response to concerns relayed to them from family members of the two victims, who were African-Americans, the general public and officials in the organization.

In a statement released by Dillard on Tuesday, March 22,  he said,  “The Norfolk Branch NAACP is launching its own investigation into the recent police-involved shootings occurring in Norfolk and is requesting the assistance of the Virginia State Conference NAACP.

“The purpose of this investigation is to make sure that the facts in both cases, currently under investigation by the police department, are factual and accurate in light of the fact that in both incidents, the officers were not wearing body cameras.”

Dillard told the New Journal and Guide the same day, “We are not saying either case was justified or not justified. But we are concerned that two of these incidents have occurred within a week and a half. Also, we want to make sure the police department is adhering  to transparency  during its internal investigation of the incidents.”

Norfolk Police Chief Michael Goldsmith said officers in the Narcotics Squad will conduct an investigation into the most recent shooting on March 19  instead of an outside agency such as the State Police.
Their findings will be turned over to the Norfolk Commonwealth’s Attorney for  its review to determine if the officers  will be charged.

The most recent incident involved India Beaty,  in the early morning hours of March 19.  Police reports say that she made a “threatening motion” with a handgun toward Norfolk Narcotics and Vice officers who had been  involved in an undercover operation in the 9500  block of Shore Drive.
The officers, according to the police report,  noticed Beaty  arguing with two men when she pulled out a hand gun, which was later determined to be a toy.  Police ordered everyone to get on the ground, the two men did,.  But according to police, Beaty did not.

This is when she allegedly made a threatening motion with the fake gun, prompting police to shoot and kill her with several rounds. Police Chief Goldsmith  said the police are  seeking to determine what gestures Beaty made with the gun which caused them to fatally shoot her.  Since it was dark and at a distance, Goldsmith said officers could not determine if the gun was real or a toy.

The other case involves Tyre Privott, who police said  may have been involved in a shooting the day before the fatal incident. He was shot and killed by police on March 11 in Oceanview, when he shot at two officers and one of them returned fire.

Dillard said one aspect of their concerns is the absence of the body cameras being worn by police officers involved in these two incidents. Dillard said that in the Beaty situation, the police who were conducting an “undercover” operation were not required to wear them.

But Dillard countered that once undercover officers don a tactical and protective vest, with the “words police on it, they are known as police officers and cameras should be on the vest.”

Early last year,  the Norfolk Police Department (NPD)  announced it would equip officers with body cameras. But Dillard said that technological problems have slowed the distribution of over 250  of them   to officers on the street since that announcement was made.

Undercover cops are not required to wear body cameras. Dillard said this is a policy which the NAACP nor the general public “was told when the body camera policy was first announced.”

Civil rights groups and Black citizens, in general, have raised concerns about citizens being killed by police after the incident in Ferguson, Missouri, involving Michael Brown. Brown’s death touched off riots in the small city and triggered a nationwide awareness about the police use of excessive force against African-Americans, exemplified by  the “Black Lives Matter” Movement.

While two police shootings have occurred in Norfolk in 2016, none occurred in the city in 2015. Nationally,  according to an ongoing tally by the Washington Post which has established a database to track them,  there were  987 fatal shootings by on-duty officers last year.

A Norfolk officer was charged by a special Grand Jury, almost year after he shot and killed David Latham last June. His trial is set for September. His family also has filed a wrongful death suit against the officer involved in the shooting.